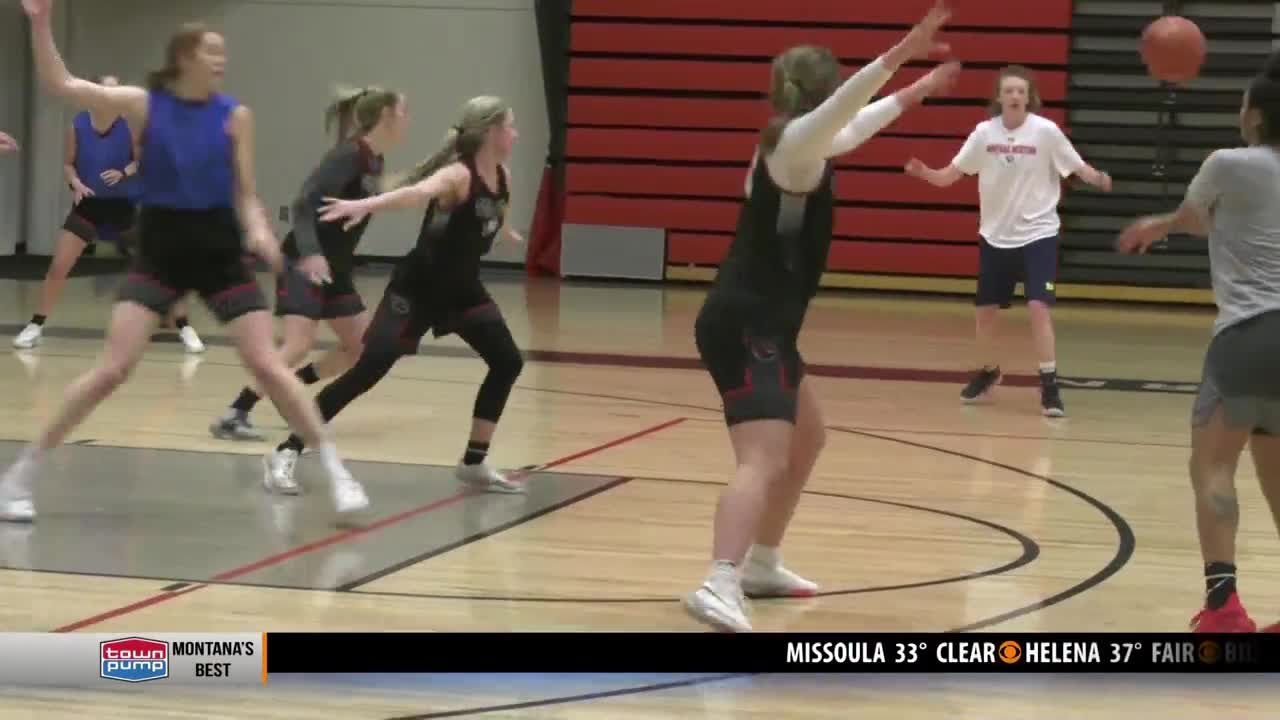 DILLON — The thick of the Frontier Conference basketball schedule is about to hit the defending NAIA national champion Montana Western women’s basketball team when they welcome in 13th-ranked Lewis and Clark State Thursday night in Dillon. All while the Bulldogs have had to make plenty of adjustments so far this season.

“I mean, obviously, all the new girls we got this year it’s a big change. We only had five returners that were actually there with us, and so that’s been the biggest difference is trying to find that connection we had last year,” said senior guard Savanna Bignell.

It’s a night-and-day difference between this year’s team and the one who cut down the nets in Billings as NAIA champions last year. And head coach Lindsey Wooley would be the first to point that out.

“We’ve really struggled to find some consistency within games and game to game. So that’s kind of been our focus, is to minimize our poor stretches of play during games," adds Woolley. "And we’ve gotten better at it but were not there yet. We’re obviously far from being as good as we like to be.”

And when they lost players like Bri King and Tori Anderson, a big chunk of that consistency left with them. But Bulldog fans now get to see King and Anderson on the sidelines helping shape the Bulldog program into consistent title contenders.

“Tori (Anderson) is doing a really good job for a younger assistant. Sometimes it’s really hard, especially when you’re with some of your teammates and making that transition, she's done a really nice job for us," added Woolley. "And obviously to be able to help Bri (King) finish up her school has been excellent for us.”

But despite all the changes that have happened in less than a year, the Bulldogs feel they’re ready to compete for a Frontier Conference title. And for seniors like Bignell it’s their responsibility to lead the way.

“It was definitely a tough accomplishment and we’re very proud of that, but showing the underclassmen that you have to work hard, we have to come to practice everyday," says Bignell. "It’s one step at a time, it’s not just that big picture that you’re working for it’s each practice. Each minute that you play is going to get you there.”