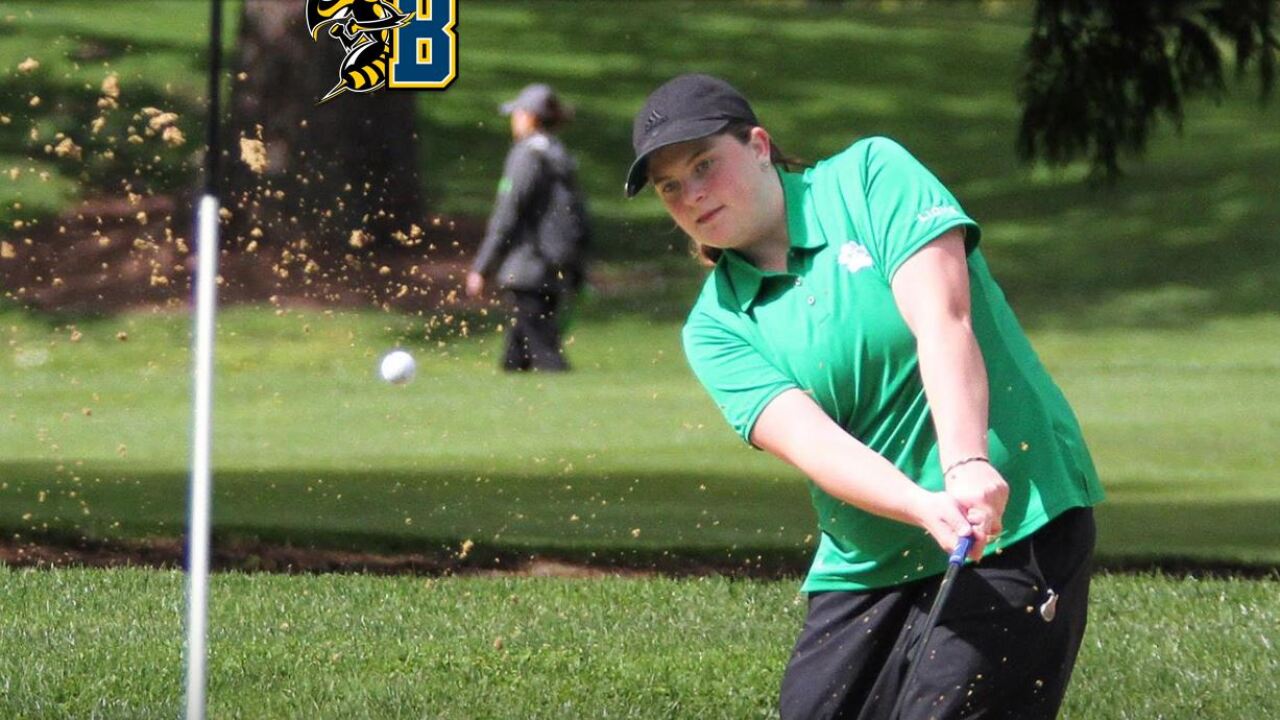 MSU Billings
<i>Avery Gill, the 2019 NWAC Player of the Year at Southwestern Oregon Community College, transfers to MSUB for the upcoming 2019-20 season.</i><br/>

BILLINGS – The 2019 Northwest Athletic Conference Women’s Golf Player of the Year is transferring to Montana State University Billings for the upcoming 2019-20 season, as Yellowjacket head coach Jeff Allen announced the addition of Avery Gill on Friday.

“I am excited to have Avery join our program at MSUB,” said Allen, who begins his second season in charge of the women’s and men’s golf programs. “She is a very quality student-athlete who will bring experience and add depth to our women’s roster.”

During her freshman season at Southwestern Oregon Community College in 2018-19, Gill led her team to the NWAC title. She set school season and career records with four victories along the way, en route to being named the conference player of the year.

“I love that MSUB plays in the Great Northwest Athletic Conference, because the competition is super strong,” said Gill. “When I first talked to Coach Allen he was very knowledgeable and answered all of my questions. I instantly loved the campus, and knew I would fit in at MSUB. I knew I made the right choice when my future teammates were texting me before I even made it back from my visit. I can’t wait to be a part of the MSUB family.”

One of Gill’s signature performances from the 2018-19 campaign was her victory at the Highline Showdown on May 5-6 in Kent, Washington. Gill fired a two-round total of 158 (77-81), which propelled SWOCC to the team title as well. Gill also had victories at the Bellevue Invitational and the Spokane League Match, and finished in second at the PLU Invitational with an impressive score of 155 (79-76).

Gill’s success in her debut collegiate season was preceded by an impressive prep resume while attending West Linn High School in Oregon. She helped the Lions to four straight district titles, and during her senior season the squad took third place at the state championship meet. Gill was an all-Three Rivers League selection as a senior, and also posted a top-20 finish at the state championships individually.

“Avery has really excelled in the last few years with her game due to her great work ethic and passion for golf,” said Allen. “She had a very successful season last year in the competitive NWAC. She will be able to contribute to our team right away, with her familiarity with the GNAC region and the style of golf courses that we play.”

In addition to Gill’s success as a golfer, she has a long history as a strong student. She was an all-academic NWAC selection last year, after being on her high-school honor roll for four years and being a member of the National Honor Society during her prep career. She carries a 3.58 collegiate GPA into MSUB, and intends to continue pursuing her marketing degree.

Gill is the lone addition to the Yellowjacket women’s golf roster, which features five returning players from the 2018-19 season. MSUB’s 2019-20 campaign kicks off in the Magic City on Sept. 9-10, with the Yellowjacket Fall Invitational at Lake Hills Golf Club.