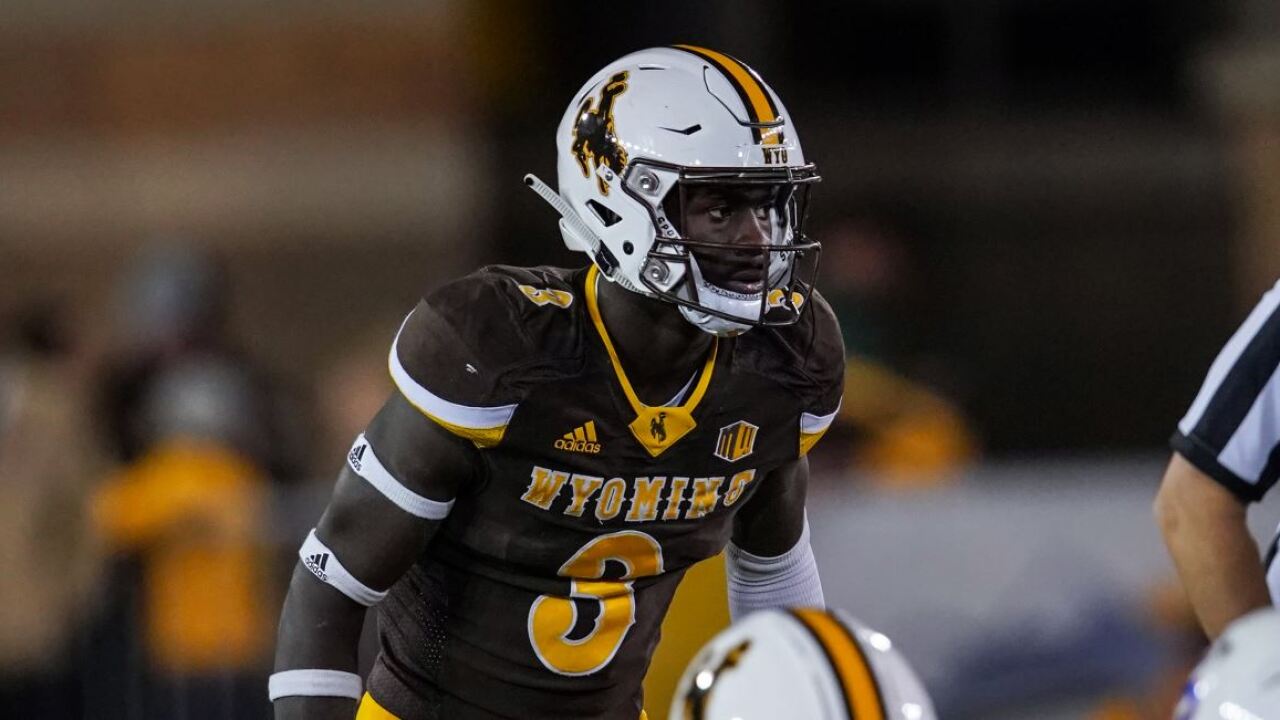 UW Athletics
Alijah Halliburton earned his first Mountain West Player of the Week honor after a 37-31 win over Missouri.

LARAMIE, Wyo. - Wyoming strong safety Alijah Halliburton posted a career-high 17 tackles and returned a fumble 79 yards to set up a field goal as the Cowboys beat Missouri, 37-31, in their season opener and earned a fifth consecutive win dating back to last season. For his 13 solo tackles and a game-changing takeaway and return, Halliburton has earned the Bronko Nagurski National Defensive Player of the Week honor for games of the weekend of Aug. 31, as selected by the Football Writers Association of America.

The senior from Aurora, Colo., came up with his takeaway as Missouri was driving toward a tying touchdown in the final minute before halftime. The Tigers faced third-and-goal at the one-yard line when senior linebacker Ben Wisdorf knocked the ball loose from the Missouri running back and Halliburton picked up the ball at the Wyoming nine and ran 79 yards to the Missouri 12. The takeaway led to a Cooper Rothe field goal as Wyoming extended its halftime lead to 27-17.

Of Halliburton’s 17 tackles, seven of them held Missouri players to five yards or less and one was for a four-yard loss. Halliburton led a Wyoming defense that forced three turnovers, sacked the quarterback twice for a -9 yards and had five tackles for losses for 20 yards.

The Cowboys current five-game winning streak is tied for the fifth longest current streak in the FBS.

The FWAA All-America Committee, after voting input from the association’s entire membership, selects a 26-man All-America Team and eventually the Bronko Nagurski Trophy finalists. The committee members then select the winner as the best defensive player in college football.

The FWAA has chosen a National Defensive Player of the Year since 1993. In 1995, the FWAA named the award in honor of the legendary two-way player from the University of Minnesota. Nagurski dominated college football then became a star for professional football’s Chicago Bears in the 1930s. Bronislaw “Bronko” Nagurski is a charter member of both the College Football and Pro Football Halls of Fame.

Founded in 1941, the Football Writers Association of America consists of 1,400 men and women who cover college football. The membership includes journalists, broadcasters and publicists, as well as key executives in all the areas that involve the game. The FWAA works to govern areas that include game-day operations, major awards and its annual All-America team.