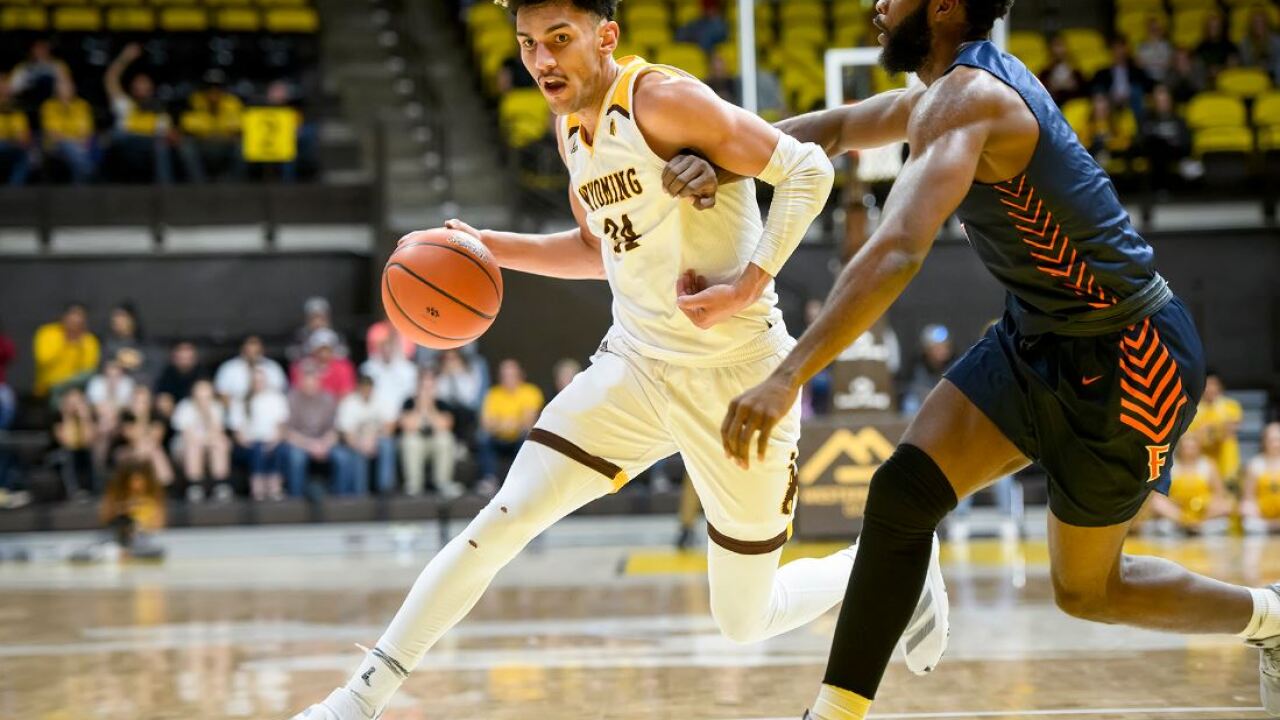 LARAMIE, Wyo. - The Wyoming Cowboys will host the seventh-ranked San Diego State Aztecs on Wednesday evening in the Arena-Auditorium in a 7 p.m. MT start, as the contest will be streamed on the MW Network. It marks the second-straight season a Top-10 team has visited Laramie after sixth-ranked Nevada played in the Dome of Doom last season.

A Look at the Matchup
Wyoming heads into the game with a 5-11 overall record after falling to Colorado State by a tally of 72-61 on Saturday. The Pokes are 0-4 in conference play this season. Wyoming ranks fourth in the MW this season allowing 66.1 points per game. The Pokes also rank fifth in the conference allowing opponents to shoot only 32 percent from behind the three point line. The Pokes have hit 30 threes over the last three games and are averaging 7.2 triples per game for the season.

Fans can watch, listen and follow stats on GoWyo.com. The contest will be broadcast live on radio over the 26 affiliate stations of the Cowboy Sports Network, as Dave Walsh will have the call with Kevin McKinney on color.

Each Team’s Leaders
The Pokes are led in scoring, rebounding and assists by redshirt sophomore Hunter Maldonado. He adds 18.1 points per game to rank second in the Mountain West. He adds 5.6 rebounds per night and 3.5 assists, which ranks eighth in the conference. Senior Jake Hendricks adds 9.6 points per game and 4.3 rebounds to rank third on the team. He ranks third in the MW in three point field goals made with 41 for the season. He is shooting 36 percent from behind the arc, which ranks third in the league as well.

Up Next
Wyoming hosts UNLV on Saturday in a 5 p.m. start in the Arena-Auditorium in a contest on AT&T SportsNet.