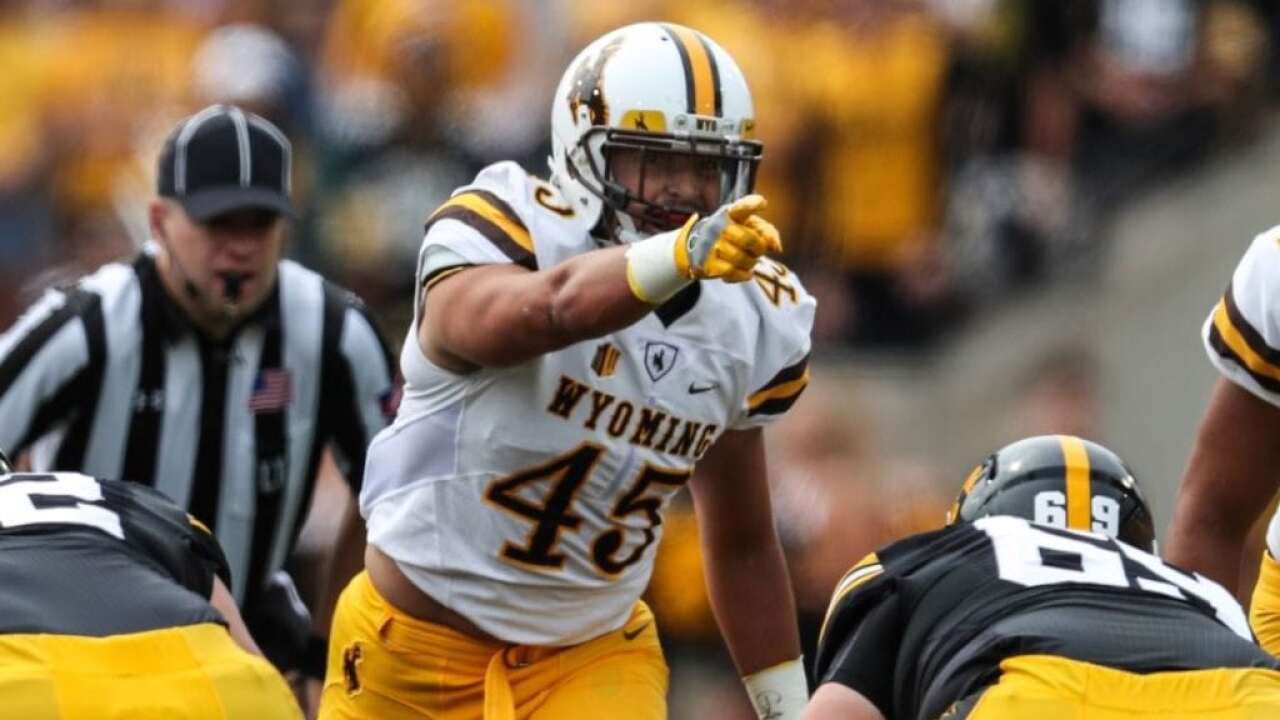 SAN MARCOS, Tex. - The Wyoming Cowboy (2-0 overall) defense held Texas State (0-2 overall) scoreless in the second half and used a defensive touchdown in the third quarter to down the Bobcats 23-14 in Bobcat Stadium in San Marcos, Texas on Saturday. The Cowboys have now won six-straight games dating back to last season and have also won three-consecutive road contests.

"I had this game circled at the beginning of the year as not necessarily a trap game, but a game we were going to need to be focused to win. They (Texas State) have a new coaching staff, and we knew they would have an explosive offense," Wyoming head coach Craig Bohl said. "We came off a big, emotional win last week against Missouri. I thought our guys weren't as focused as they could have been at the start of this week, and we addressed that at practice but our players, played hard today."

Senior Tyler Hall intercepted a pass and returned it 72 yards for a score in the third quarter, a tally that would prove to be the game winner. Wyoming also shut out an opponent in a half for the second time in the last three games, as UW held New Mexico scoreless in the season finale last season. The Cowboys forced three turnovers for the second-consecutive game, as Wyoming is plus five this season.

"I felt like we were going to have an advantage on both sides of the line of scrimmage. We had a good offseason with our strength and conditioning program," Bohl said. "If you can keep your offensive line on the field that begins to wear down your opponent's defensive line. We rotated our defensive linemen a lot, and I thought Coach (AJ) Cooper did a really good job of substituting at timely times. We got a lot of sacks. The complexion of the game certainly changed with the strength of our play on the lines of scrimmage on defense and offense."

Senior linebacker Logan Wilson led Wyoming with 11 tackles for 340 in his career to move into 10th place on the Wyoming career tackle chart. He has had double-digit tackles in 13 games during his career. Redshirt freshman Mario Mora and junior defensive end Garrett Crall each added 1.5 sacks.

The Wyoming offense was paced by quarterback Sean Chambers. He threw for 103 yards and added 50 yards rushing. Senior Trey Smith added 54 yards on 16 carries for the night.

Texas State quarterback Jensen Gresch was 33-of-54 passing with a touchdown and two interceptions. Wide receiver Hutch White had 10 grabs for 96 yards.

Tyler Hall took the opening kickoff of the contest 52 yards to the Texas State 45-yard line to give Wyoming great field position on its opening drive. The Cowboys could not come up with any points on the drive, as Cooper Rothe's 43-yard attempt missed to the right.

Texas State responded with a six play, 74-yard drive that was capped with a one yard touchdown from Caleb Twyford for a 7-0 Bobcat lead just over five minutes into the game. The touchdown was set up by a 36-yard pass from Jensen to Micha Hilts.

The Pokes got on the board with a 47-yard field goal from Rothe with 12:59 to play in the second quarter. Chambers kept the drive alive with a 25-yard rush to put the Pokes on the Bobcat 38-yard line.

The Bobcats wasted little time building the lead to 14-3 on a 50-yard touchdown pass from Jensen to Jah'Marae Sheread just under two minutes after the Rothe field goal.

Safety Braden Smith stalled a Texas State drive by intercepting a Jensen pass and returned it 27 yards to the Texas State 46-yard line. The first turnover of the contest helped Wyoming made it a 14-10 game with 2:56 left in the second quarter. Chambers scrambled into the corner of the endzone from seven yards for the score. Wyoming used 31 rushing yards on the drive along with a personal foul penalty.

After forcing a Bobcat punt to open the second frame, Wyoming responded with Rothe's second field goal of the game this time from 37 yards to make it a 14-13 contest in the opening minutes of the third quarter.

Wyoming took the lead minutes later on Hall's 72 yard interception returned for a touchdown. It was his fourth career interception and the longest return of his career. It was Wyoming's second defense score this season.

The Pokes defense held strong with great defensive line play, as sacks by Mario Mora and Cole Godbout forced yet another Bobcat punt. The defensive stand set up a 19-yard field goal by Cooper Rothe to give Wyoming a 23-14 advantage with 10:19 left in the game. It was the longest drive of the season going 18-plays, 88 yards over nine minutes of play.

The Wyoming defense would hold strong and finish the shutout late forcing a missed field goal and holding the Bobcats without a score deep in Wyoming territory to take the 23-14 win.

The Cowboys will host the Idaho Vandals inside War Memorial Stadium on Saturday, Sept. 14. It will be fan appreciation day and the first 5,000 fans will receive a miniature stadium replica of "The War" to honor the Cowboys' 70th season inside the stadium.