Wyoming Cowboys fall in overtime at No. 21 Boise State 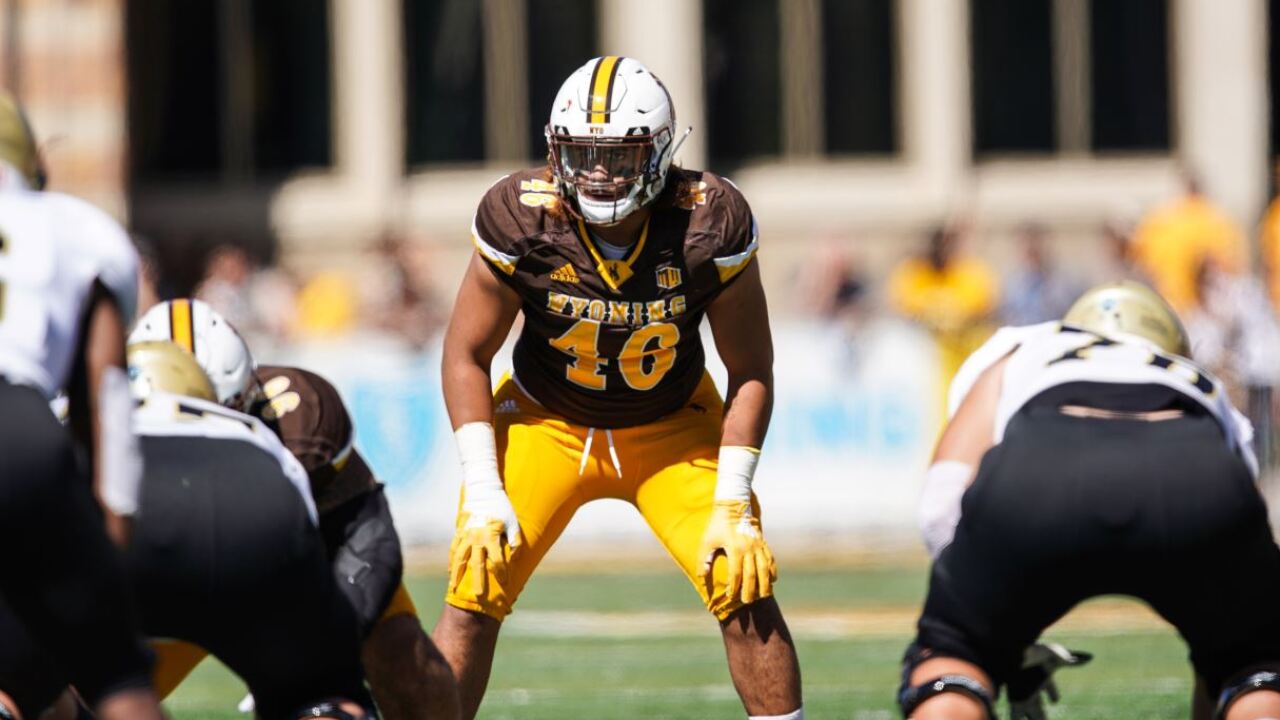 UW Athletics
Wyoming&#39;s Cassh Maliua has been named to the 2019 Polynesian College Football Player of the Year watch list.

BOISE, Idaho - The Wyoming Cowboys (6-3, 3-2 MW) fell in overtime to No. 21 Boise State (8-1, 5-0 MW) on Saturday evening in Albertsons Stadium in Boise, Idaho. The Broncos hit a field goal in the extra session that proved to be the game winner.

Sophomore running back Xazavian Valladay finished the game with 124 yards on a career high 37 carries and one touchdown. He has rushed for over 100 yards in four this season and in three-straight. Quarterback Tyler Vander Waal was 15-of-23 for 160 yards. Senior tight end Josh Harshman added a career-high six receptions for 48 yards.

The Wyoming defense was led by the senior duo of linebacker Logan Wilson and safety Alijah Halliburton each adding 10 tackles each. Wilson also added a sack and an interception for the Pokes.

Wyoming recorded 283 yards of total offense with Boise State countering with 285. Wyoming was solid on third down offensively converting on seven third downs for the evening.

Boise State got on the board first with a 12-play, 92-yard drive with quarterback Chase Cord going 6-of-6 for 66 yards on the drive. He found Akilian Butler on a five-yard touchdown with 2:05 left in the opening quarter.

Both defense controlled the contest until Tyler Vander Waal found paydirt from three yards to tie the contest at 7-7 with 4:57 remaining in the first half. It was a seven-play, 47-yard drive that was set up by a 19-yard punt return from Austin Conway. Valladay rushed for 33 yards on the drive including 20 yards on the first play.

Wyoming closed the half with a 39-yard field goal from Cooper Rothe for a 10-7 lead. Special teams shined again with a partial block of a punt that set up the score. Vander Waal found Valladay on a 19-yard completion to set up the field goal.

Boise State tied the game at 10-10 on the opening drive of the second half. Kicker Eric Sachse split the uprights from 40 yards with 9:18 left in the third quarter. The Wyoming defense held, as Boise state would drive inside the 10 yard line.

Junior defensive tackle Javaree Jackson forced and recovered a fumble inside Boise State territory and the Pokes took advantage with a 21-yard touchdown scamper from Valladay to give Wyoming a 17-10 advantage with 2:30 left in the third quarter. It put him over 100 yards for the game for the third-straight game and fourth time this season.

Boise State tied the game at 17-17 with 5:24 left in the fourth quarter on a Shalil Shakir five yard run. Wyoming drove into Boise territory, but was stopped at fourth and one. Boise State was then picked off by Wilson to send the contest into overtime.

The Broncos were led by Cord, as he finished the game 19-of-30 for 190 yards with a touchdown and interception.

Wyoming returns to action next week with a road contest at Utah State. The game is slated for a 2 p.m. MT start on ESPNU.