Wyoming Cowboys dive into special situations ahead of Nevada opener 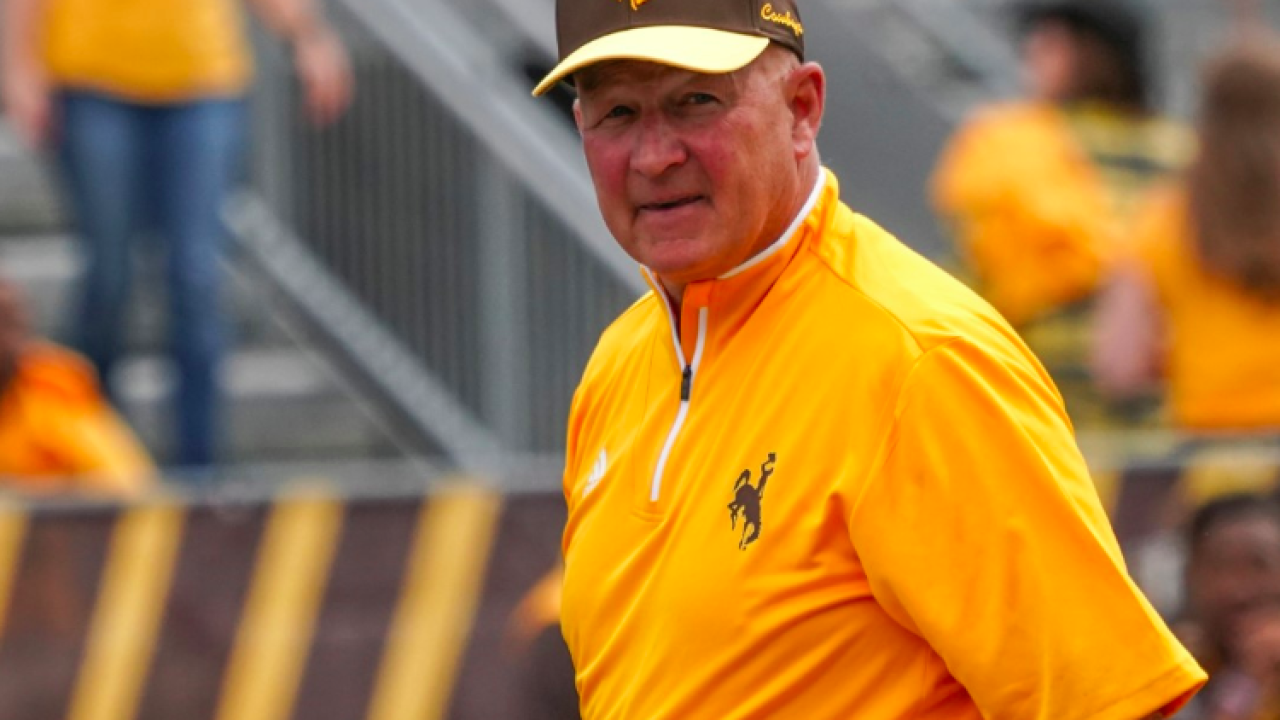 “Today was a day where we worked on a lot of different situations, and we continue to make good progress in camp,” said Bohl in a post-practice Zoom interview. “The Nevada game is not too far away, and I know our guys are excited about that, but we have to continue to work on things that are important for our team.”

In regard to Wyoming’s season opener on Oct. 24, Bohl was asked about the fact that Nevada this week announced they won’t have fans at the game and he was questioned on how he is preparing his team for that type of environment.

“We haven’t worked on that specific situation yet, but I would equate it to situations when we have closed scrimmages and guys have to bring their own level of intensity up,” said Bohl. “There may be some advantages during the game in terms of being able to communicate with our players, but it will be a unique experience.”

Bohl has often mentioned the play of junior defensive tackle Victor Jones during fall camp. He was asked why he thinks Jones has taken a significant step forward this fall.

“Victor (Jones) is an older guy now, and I think that there are times in players’ careers when you know it’s your time to bring your ‘A’ game and your going to be counted on a lot,” said Bohl. “He’s certainly answered the bell, and we’re excited about how he’s going to play against Nevada.”

Another defensive player who is being looked to take much more of a leadership role this season is junior middle linebacker Chad Muma. The head coach was questioned on where he sees Muma’s development as one of the returning veterans from an outstanding Wyoming defense a year ago.

“Chad (Muma) is really a bright young guy,” said Bohl. “He has a long heritage -- I think his grandfather played here and his father played here. He’s put on probably 15 pounds of lean muscle mass. He’s played a lot of football for us, and I think he feels like he can utilize that experience. Also as he looks around the room, he knows he’s the elder statesman in the room now. Sometimes when you’re in that situation the light bulb comes on and you realize you are now in a position to lead, and he’s going to be one of the leaders of our defense.”

With a Saturday scrimmage approaching for the Cowboys later this week, Bohl what asked what he wants to see out of the Cowboys’ scrimmage, particularly from his quarterbacks.

“Decision making, taking care of the football, making sure that we’re operating the offense how it should be run and then making plays,” said Bohl. “We run a pretty complicated offense, and it’s going to be fun to see those two guys (Sean Chambers and Levi Williams) go out there and compete. They’ve spurred great competition each day in practice. We’re going to put them under some duress to make sure they can handle different situations under pressure, and then we’ll evaluate them after that.

“But I think there are going to be quite a few positions we’ll be looking at. We’ll look at the defensive end position. I definitely think Chad (Muma) has established himself as the number one MIKE (middle) linebacker. We’ll look at those other linebacker positions, as well. I think the tight end position is one we have quite a bit of talent at and so we’re going to see who rises to the top in that group.”

In terms of the tight ends, Bohl was asked how sophomore Jackson Marcotte is recovering from his knee injury suffered last season.

“I was really concerned because there was a lot of collateral damage in that knee, but he’s done a great job in rehab and the surgeons did a great job,” said Bohl. “He’s moving at full speed. We’re pleased to have him back. He’s had a very limited amount of swelling in that knee and we’ve put him through a lot of reps, so he’s done well.”

Regarding the competition between the two quarterbacks and whether Bohl and his coaching staff are still looking to play both quarterbacks during the season, he responded, “I think that is where we’re at unless something changes. They’ve both (Sean Chambers and Levi Williams) shown the ability to make plays. I do know leading up to a game when you know you are going to enter the game that has an impact on your mentality during practice and your preparation. So as opposed to the situation where the backup is walking around with a ball cap on, they both know that they’re going to be playing.”

Bohl was also asked if the good relationship between Chambers and Williams made the plan to play both of them easier to implement?

“I think a lot of it comes down to the type of people they are -- they’re both competitive, they’re team players,” said the head coach. “I know they both want to do anything to help the football team win. I can tell you that I’ve been around some guys before who were more about themselves as opposed to being about the team. That further complicates this type of situation. Both of our guys have been ultimate team players, and we don’t anticipate anything other than that.”

The final player that Bohl was asked to update media on was junior defensive tackle Ravontae Holt, who missed the entire 2019 season due to a knee surgery.

“We think he is going to have a great year,” said Bohl. “He’s still doing some offseason work before we integrate him into full contact. His movements are really good. His strength levels are good. We anticipate him having a great year.”

Junior center Keegan Cryder was asked about the experienced offensive line that returns for the Cowboys and how that unit has performed thus far in fall camp.

“It has been really, really great,” said Cryder. “I think when you’ve played with guys year after year, you start figuring out how to make certain blocks together and you mesh a lot better. It is one thing to learn how to get a specific block down, but now we learn each other’s intricacies. I know how Logan (Harris) is going to hit the guy versus how ‘E’ (Eric Abojei) is going to hit a guy and how I’m going to go off their moves.”

Cryder was asked how he sees the play of Wyoming’s two quarterbacks during fall practice.

“It’s so awesome to have two quarterbacks who are that talented,” said Cryder. “Both are great at running and throwing the ball. I think to have the dual threat of both of them is going to be awesome.”

The junior center was also asked to assess where he felt the Cowboys were at this point of fall camp after having to pause for a few days last week due to freshmen testing positive for the Coronavirus.

“It was frustrating to have to pause for a few days, but I think we’re in great shape now,” said Cryder. “We’ve been putting in a lot of work, and we’ve been very blessed to have a lot more time together than a lot of other teams by being in Laramie rather than being in a high-exposure, high-risk area. I think we’re in really great shape. A shout-out to our strength staff, they’ve gotten us into excellent condition.”