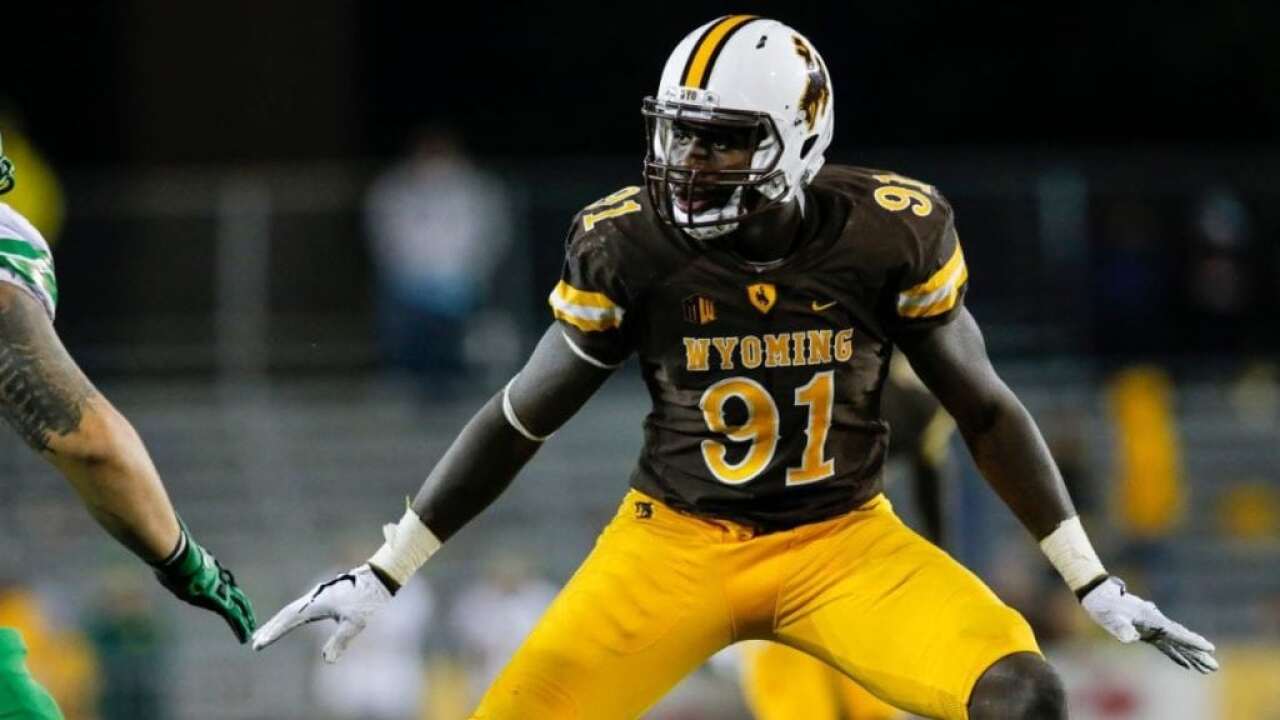 LARAMIE, Wyo. - The Wyoming Cowboys (6-2 overall, 3-1 MW) racked up a season-high 221 passing yards in a dominant 31-3 win over Nevada (4-4 overall, 1-3 MW) on Saturday afternoon in War Memorial Stadium in Laramie. The Pokes are now Bowl Eligible for the fourth-consecutive season for the first time since 1996-99. Wyoming has also won seven-straight home games dating back to last season.

“It was a hard-fought win,” UW head coach Craig Bohl said. “I thought our team really played well. We saw some adversity today with guys going in-and-out. It was a convincing win at home, our players came in focused. I think we beat a good football team today. Now, we can use the bye week, we really need it to try to get some guys healthy and back.”

Sophomore running back Xazavian Valladay racked up 280 all-purpose yards for the most by a Cowboy since Brian Hill’s 302 all-purpose yards against Nevada on Oct. 22, 2016. Valladay rushed for a career-high 206 yards for first 200 yard rusher for Wyoming since Hill’s 289 at Nevada in 2016. He also added a career-best 74 yards receiving.

“Xazavian has done a phenomenal job for us,” Bohl said. “We always knew he had good mobility and could make guys miss, but today, with his durability, he kept answering the bell today. He had some hard runs, explosive runs.”

The Cowboys outgained the Wolf Pack 479 to 335. Wyoming rushed for 258 yards for the game and held Nevada to 81 rushing yards. Wyoming held the edge in turnovers for the game 2-1, as Wyoming continues to win the turnover battle this season.

“We strive to be more balanced offensively,” Bohl said. “We’ve worked on that. It really stresses the defense when you can run and pass effectively. We are throwing the ball better, not only in the dropback game, but in the play-action game. It puts stress on the defense and I thought our wide receivers made some nice grabs today. I thought Rocket played well. We feel like when he has the ball in his hands, he can do some special things.”

The Pokes wasted little time getting on the board scoring on their first offensive possession and on the first play. The Wyoming defense used a tackle for loss and a sack to put the offense on its own 47-yard line. On that first play, Chambers found Valladay on a 53-yard wheel route for the score 1:46 into the contest. His 53-yard touchdown was the longest touchdown pass for a Wyoming running back in the MW era.

Wyoming added to its lead with a seven play, 52-yard drive to make it a 14-0 game with 8:49 left in the first half. Chambers rushed in for his 10th touchdown of the season from two yards out. Valladay rushed for 28 yards on back-to-back plays and Chambers found senior wide receiver Conway for a 22-yard gain to help set up the score.

The Wolf Pack got on the board with a field goal from Brandon Talton from 28-yards with 2:21 left in the first quarter. Nevada got down the field using the passing game, but Wyoming one of the nation’s top defensive teams in the Red Zone held their ground.

But the Pokes once again went to the air game to build a 21-3 advantage with 9:28 left in the second quarter. Chambers found Ismail, Jr. on a 37-yard strike for the score. Ismail Jr. grabbed two catches on the drive for 55 yards including a big third down catch to keep the drive alive.

The Pokes added a field goal to close the first half to take a 24-3 lead into the break. It was a 20-yard kick from Cooper Rothe tying him for second all-time at Wyoming with Cory Wedel with 54 career field goals. The scamper was set up by a 53-yard rush from Valladay.

Wyoming made it a 31-3 game on the first possession of the first half with Tayler Vander Waal finding Jackson Marcotte on a 25-yard pass, as it was the third touchdown pass by the Pokes on the day and put them over a season-high in passing yards with the previous being 214 yards at Tulsa.

Neither team could tack on anymore points with the Wyoming offense holding strong inside the Red Zone to take the 31-3 victory.

Nevada was led by offensively by quarterback Carson Strong, as he was 26-of-40 passing for 247 yards. Romeo Doubs recorded 98 receiving yards on five catches. Defensively, Austin Arnold and Kyle Adams led the Wolf Pack with seven tackles.

The Cowboys will be idle next week before heading to No. 21 Boise State on Nov. 9. Kick time for that contest is to be determined.