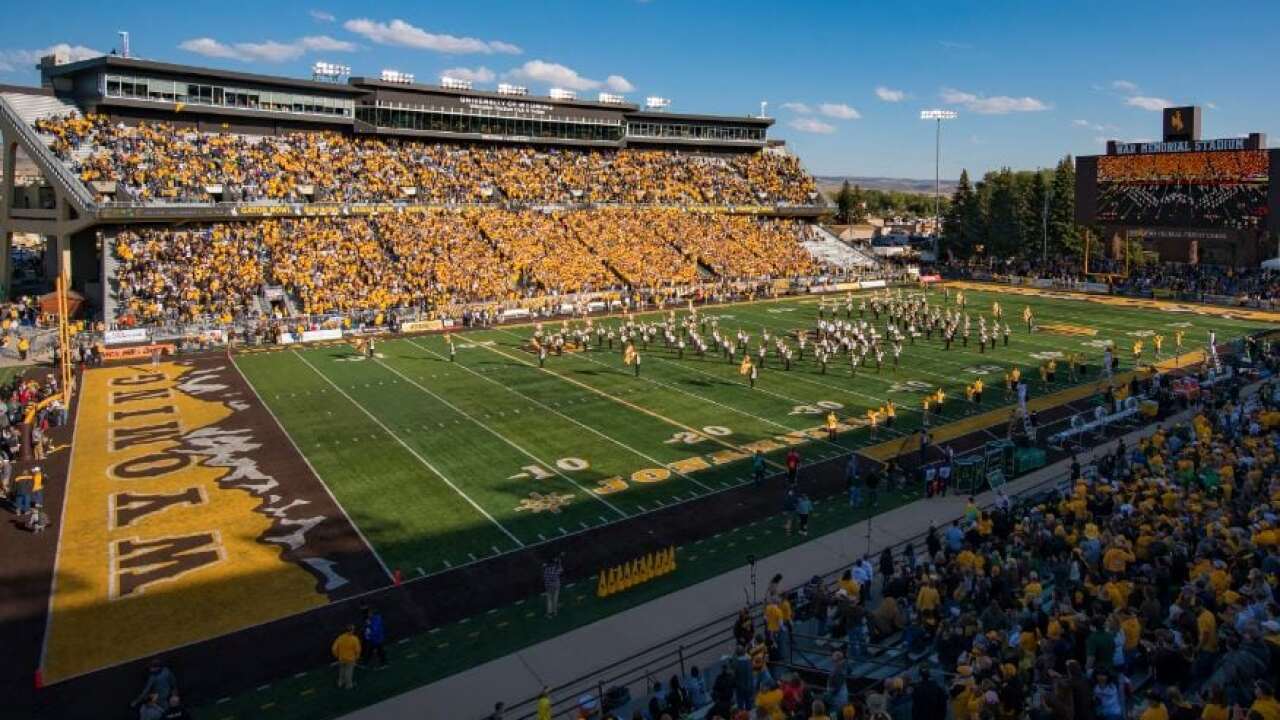 LARAMIE, Wyo. -- The University of Wyoming and University of Arizona athletics departments announced on Wednesday a future home-and-home football series. Wyoming will travel to Tucson, Ariz., on Sept. 14, 2030 to play the Wildcats. Arizona will play in Laramie, Wyo., on Sept. 17, 2033.

The last time the two teams played in football was Oct. 1, 1977, in Laramie. That game was won by the Cowboys, 13-12. It was Arizona’s last season as a member of the Western Athletic Conference (WAC) before beginning play in the Pacific-10 Conference in 1978. Arizona and Arizona State both left the WAC after the 1977-78 academic year, leading to the expansion of the Pacific-8 Conference to the Pac-10.

Wyoming has played in Tucson three times since 1977 but they didn’t face the Arizona Wildcats in any of those three games. All three appearances were in bowl games. UW finished a very successful season in 2019 in Tucson, capturing the NOVA Home Loans Arizona Bowl with a convincing 38-17 win over Georgia State. In 1993, Wyoming lost to Kansas State, 52-17, in the Copper Bowl, and in 1990 the Pokes lost a heartbreaker to California in the Copper Bowl by a score of 17-15.

Below are Wyoming’s future football schedules. All future schedules are tentative and subject to change.

All future schedules are tentative and subject to change.
All Wyoming Home games are in CAPS and BOLD.