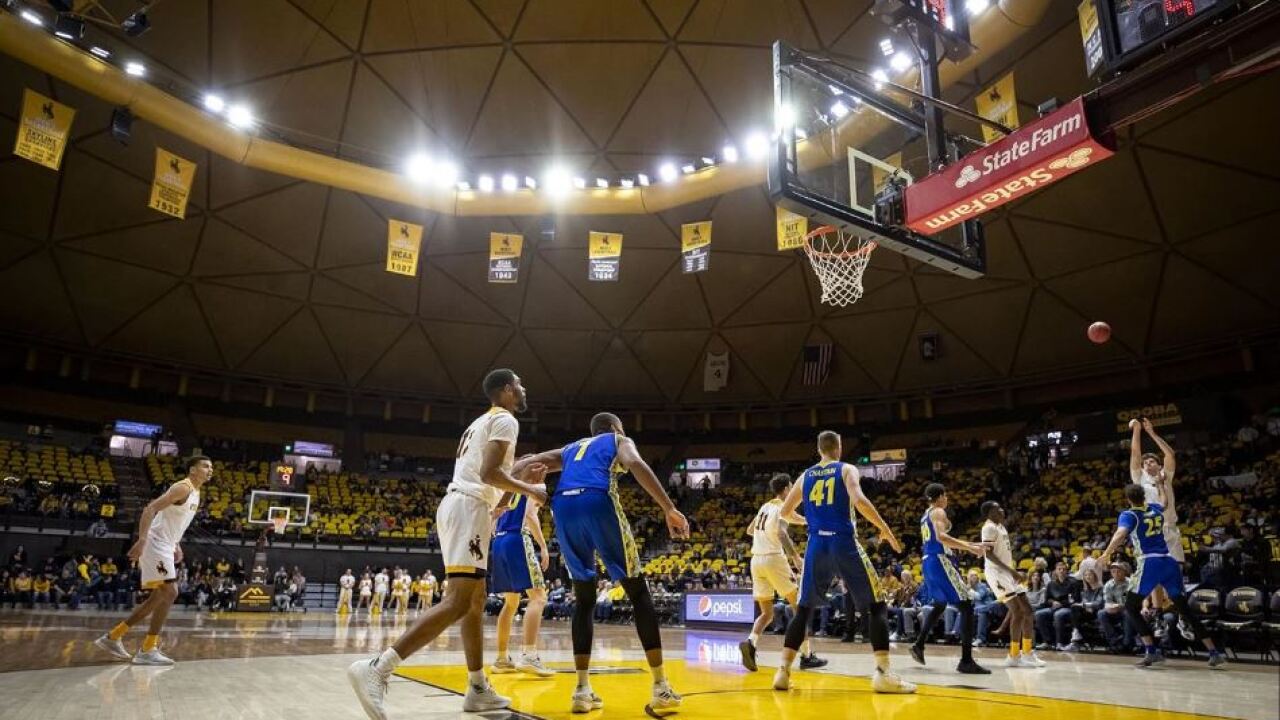 LARAMIE, Wyo. – The Wyoming Cowboys announced home game times and television for the upcoming 2019-20 season on Wednesday. The announcement came in connection with the Mountain West Conference and its network television partners announcing the 2019-20 conference television package.

Other notable contest on television this season include both games of the Border War airing on AT&T SportsNet. The first contest at Colorado State on Saturday, Jan. 4 will start at 11 a.m. MT and the home game on Saturday, Feb. 15 will tip at 2 p.m.

The Cowboys will also play on AT&T SportsNet at home on Saturday, Jan. 11 at 5 p.m. MT hosting UNLV. Wyoming’s game at Air Force will be on the network Saturday, Feb. 22, as the contest is set for a 2 p.m. start.

Wyoming will also play a game on ESPN3 at Utah State on Feb. 19 with the time to be determined. The Cowboys will participate in the MGM Resorts Main Event in T-Mobile Arena on Sunday, Nov. 24 against Colorado in a matchup on ESPN3. The Pokes will then play either TCU or Clemson on Tuesday, Nov. 26 on the ESPN Networks.

The Wyoming game against Oregon State at home on Saturday, Nov. 16 will be televised on Stadium and is set for a 7 p.m. start. Stadium will also televise the Pokes’ contest at New Mexico on Saturday, Feb. 8.

All home game times for the Cowboys have been set including the exhibition against Northwest Nazarene and season opener against Idaho State set for 7 p.m. All Wyoming home games and Mountain West Conference games on the road not selected for television will be available on the Mountain West Network.

Season-tickets are available for Cowboy basketball. Contact the UW Ticket Office at GoWyo.com/tickets, by calling 307-766-7220 or in person at the University of Wyoming Athletics Ticket Office on the west side of the Arena-Auditorium. Single game tickets go on sale on Oct. 9. The popular Seat Hopper package, which is the best seat available on gameday is only $135.