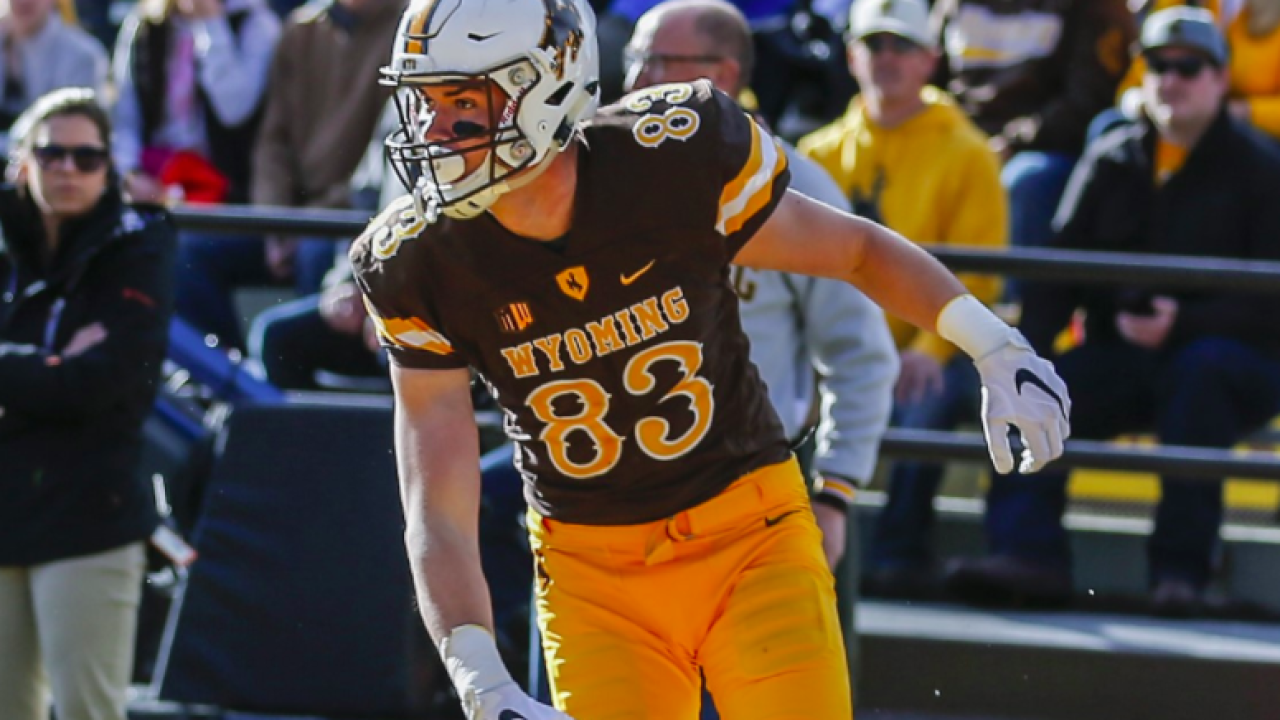 LARAMIE, Wyo. - This week's University of Wyoming "Cowboy Capsule" features the Pokes' 2016 victory over No. 24 ranked San Diego State on Jonah Field at War Memorial Stadium. The television rebroadcast will be made available for fans for free on the University of Wyoming official Facebook page @wyoathletics on Wednesday, May 6 at 7 p.m., Mountain Time.

In a season of spectacular finishes for the Wyoming Cowboys in 2016 the win over No. 24 ranked San Diego State was one for the record books. It ended a perfect 6-0 regular season at home for the Cowboys for the first time since 1996. The win was Wyoming's second over a Top 25 ranked team in 2016, marking the first time the Cowboys had defeated two Top 25 teams in the same season since 1999.

After a late score by C.J. Johnson to give Wyoming the lead it appeared the Cowboys would benefit from the Aztecs having to go 99 yards after SDSU running back Rashaad Penny's knee touched down on the Aztecs' one-yard line as he received the kickoff. But San Diego State was up to the challenge, driving those 99 yards to score a touchdown on the final play of regulation when SDSU quarterback Christian Chapman connected with wide receiver Quest Truxton in the back right corner of the end zone. Truxton got his hands on the pass after it was falling to the ground after a combination of Cowboy defenders and another SDSU receiver had tipped the ball. The reception was first ruled incomplete, but after a review of the play by the officials the original call was reversed and the Aztecs were within a point of the Cowboys at 34-33.

SDSU head coach Rocky Long made the decision to go for a two-point conversion and the win. Chapman took the snap on the two-point conversion and rolled to his right. He then attempted to throw back across the field to fullback Nick Bawden who was running to the front left corner of the end zone, but the Cowboys knocked the ball down and Wyoming captured a huge win that led Wyoming to hosting the Mountain West Championship Game.

Former Cowboy linebacker Lucas Wacha and wide receiver Jake Maulhardt will both be available on Facebook during the Wednesday night telecast to share their memories of that game with fans.

Future rebroadcasts of Wyoming games are listed below, with additional games to be announced at later dates.

Wednesday, May 13, 7 p.m., 2007 Cowgirl Basketball's WNIT Championship Victory over Wisconsin in the Arena-Auditorium