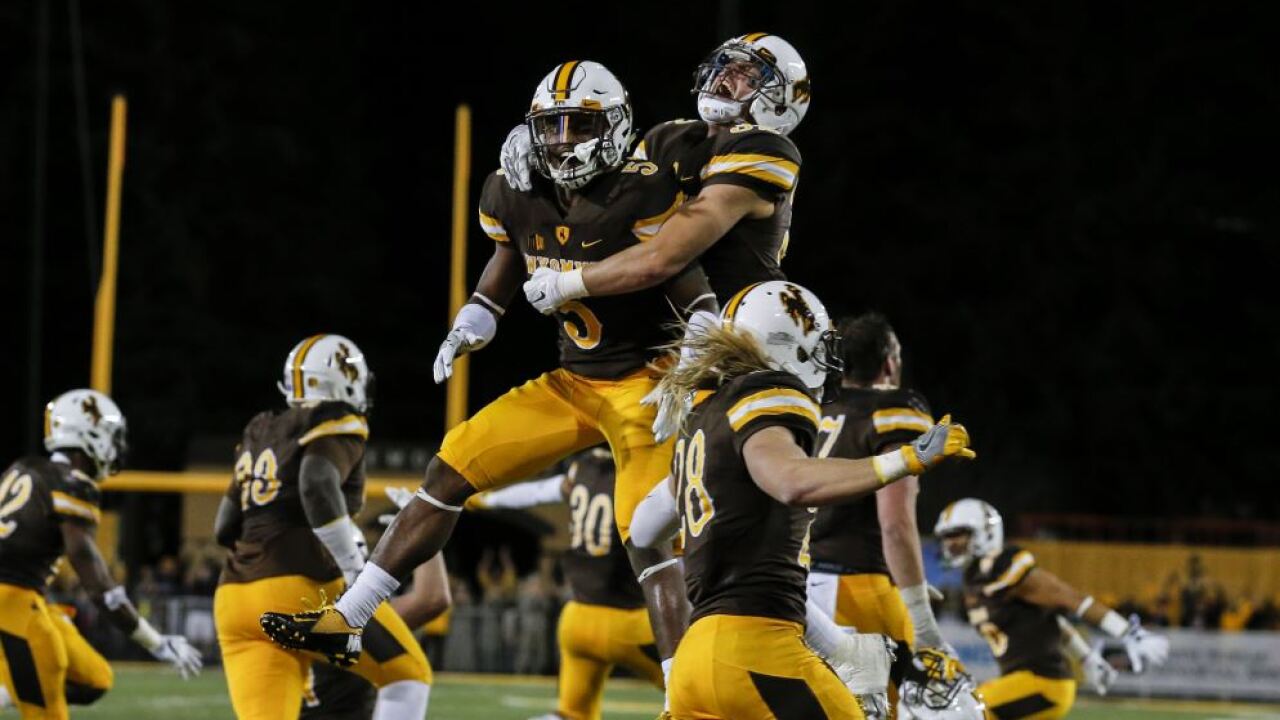 The 2016 win over Boise State was one of the most exciting victories in the history of War Memorial Stadium. Entering the final 1:38 of the game, the two teams were tied at 28-28. Who could forget what happened next when senior nose tackle Chase Appleby broke through the Boise State defense and knocked the ball loose from Bronco quarterback Brett Rypien at the Boise State one-yard line. The ball rolled out of the back of the end zone for a safety in what would prove to be the winning two points for the Cowboys in their 30-28 win.

Chase Appleby and former Cowboy defensive end Josiah Hall, who famously broke out into what will be remembered forever as the ‘Safety Dance”, will both be available on Facebook during the Wednesday night telecast to share their memories of that game with fans.

Future rebroadcasts of Wyoming games are listed below, with additional games to be announced at later dates.

Wednesday, May 13, 7 p.m., 2007 Cowgirl Basketball’s WNIT Championship Victory over Wisconsin in the Arena-Auditorium