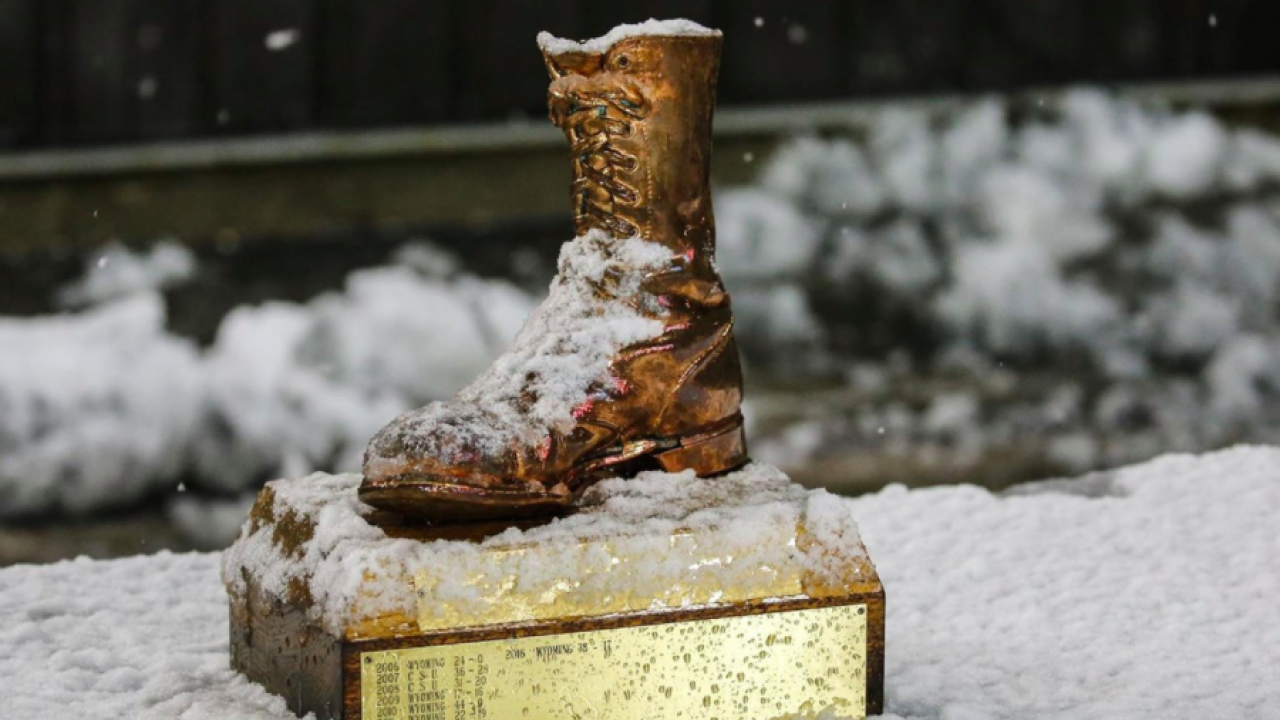 There have been many memorable games in the 109-year history of "The Border War", but on this night the Wyoming Cowboys came from behind to capture a 16-13 victory in a game played in a snowstorm in Laramie. The television rebroadcast will be made available for fans for free on the University of Wyoming official Facebook page @wyoathletics on Wednesday, May 6 at 7 p.m., Mountain Time.

After stopping the Rams on fourth down, the Cowboys took possession of the ball with 7:09 remaining and facing the challenge of going 69 yards to take the lead. Wyoming quarterback Josh Allen hit fullback Drew Van Maanen for a 17-yard gain on first down, moving the ball to the Wyoming 48. Redshirt sophomore Kellen Overstreet, who did not have a carry entering the fourth quarter, was inserted into the lineup and on his first carry gained 16 yards to the CSU 36-yard line. At the end of the run, Colorado State was called for a face-mask penalty, moving the ball to the Colorado State 21. Overstreet would gain four and three yards on the next two plays. On a third and three from the CSU 14, Allen carried for five yards to make it first and goal from the nine. Allen would keep the ball on the next play and gain six down to the three-yard line. Overstreet would carry the last three yards on the seventh play of the drive, to give Wyoming its only lead of the game at 15-13. Cowboy place-kicker Cooper Rother hit the extra point to make it 16-13, with 4:21 left in the game.

The final drive would see a steady combination of Overstreet and Allen. Overstreet carried for five yards on first down. CSU called the first of its remaining two timeouts. Allen then carried for four, and the Rams called their final remaining timeout at the 2:25 mark. With a third and one from the Wyoming 36, Allen fought for two yards and a first down. After runs of seven and five yards and another first down at the Cowboy 45, Allen was able to kneel down on the final two plays as Wyoming fans rushed the field.

Van Maanen will be available on Facebook during the Wednesday night telecast to share their memories of that game with fans.