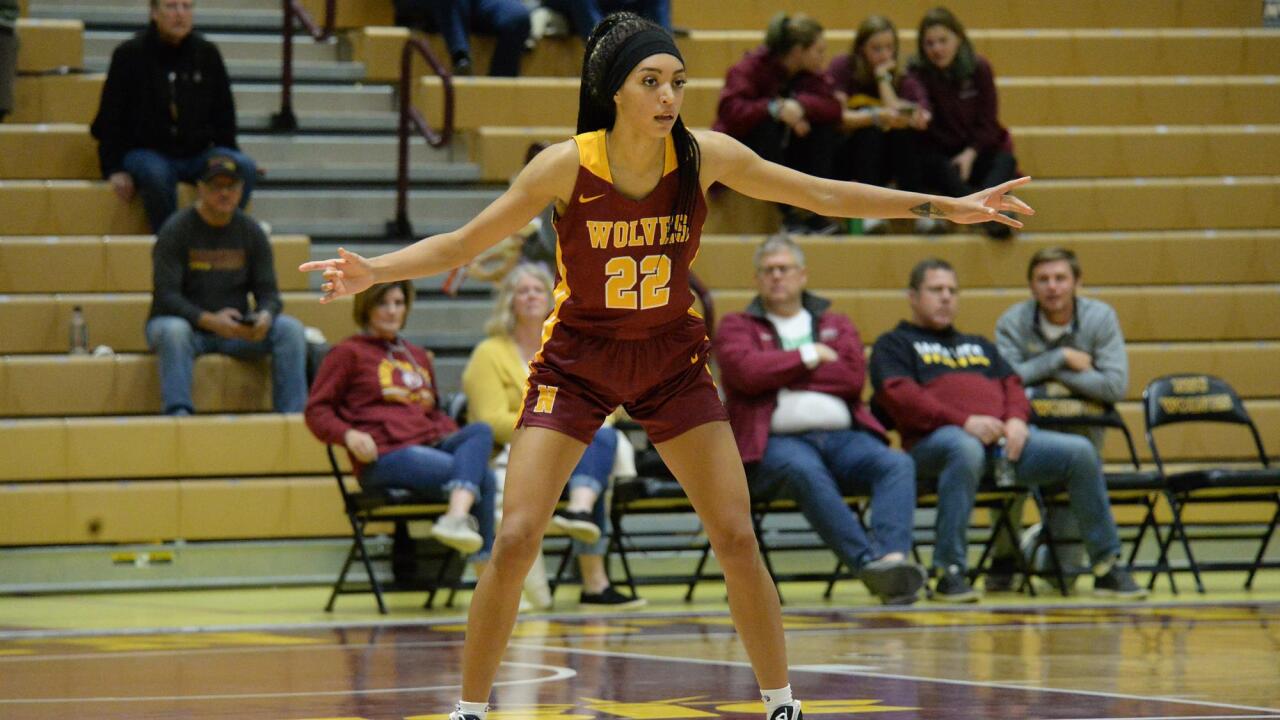 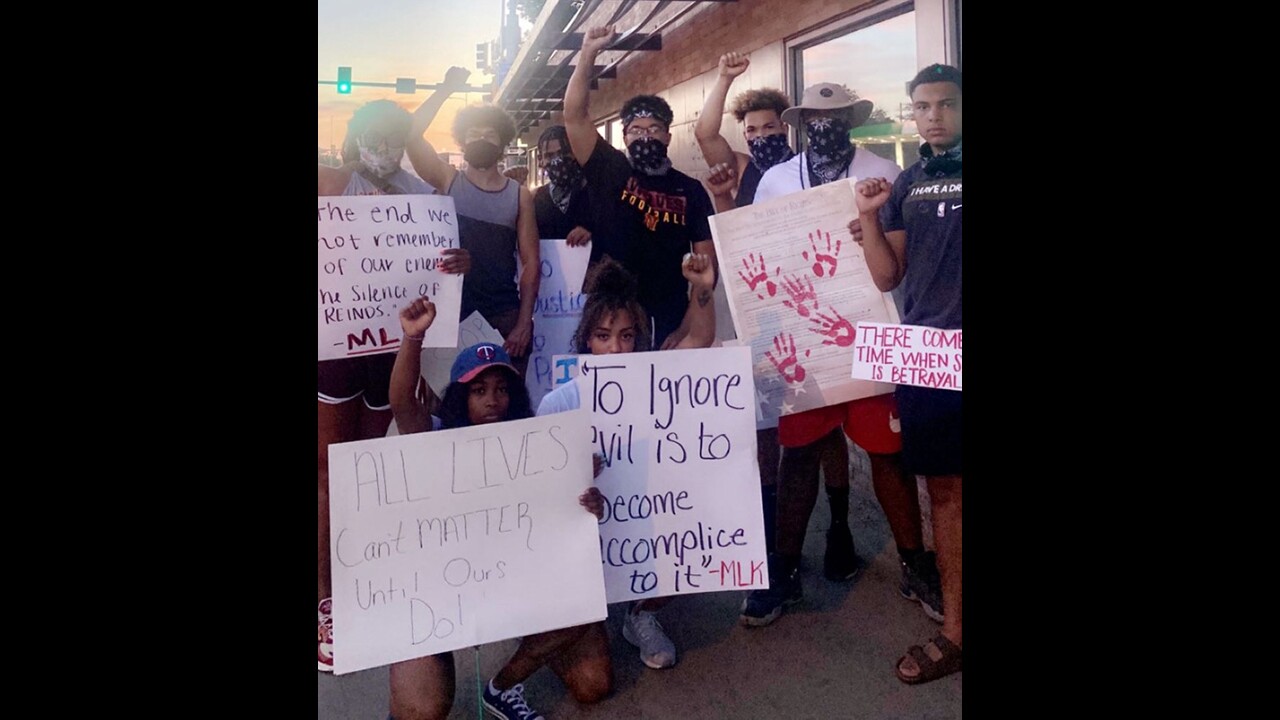 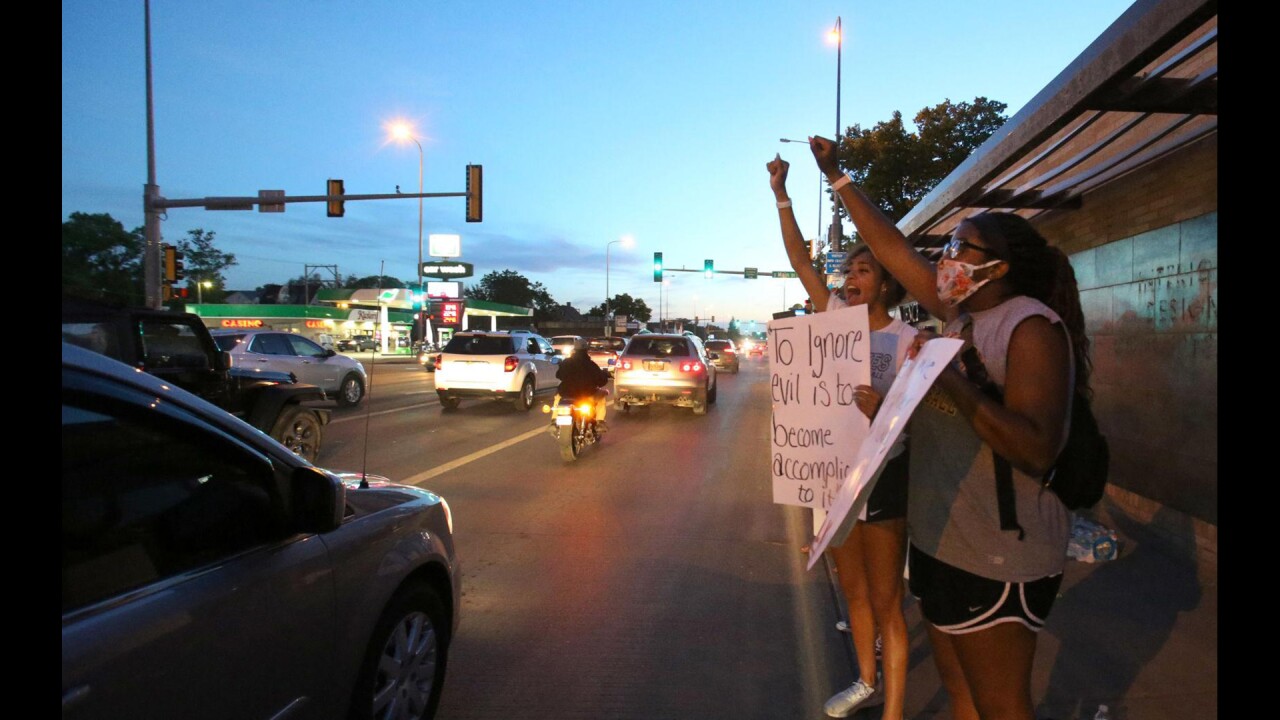 BOZEMAN — Kailee Oliverson is still searching for her place in this world.

She’s found purpose in the athletic arena, where she was a standout three-sport athlete at Twin Bridges High School. But basketball is her forte, and it took her to the University of Nevada, Reno after her high school graduation in 2018 and has since taken her to Northern State University in Aberdeen, S.D., where she’ll be an academic junior this fall with four years of basketball eligibility remaining after injuries derailed her first two collegiate seasons.

But while she’s comfortable on the court and knows who she is as a player — Oliverson has grown to 6-foot-4 and has set a goal to register a dunk during the 2020-21 season — she is still seeking her sense of belonging.

“I grew up in a predominantly white family. I was the only Black person that was in my family,” said Oliverson, who was adopted at birth. “So, I basically grew up, for lack of better words, in white culture, and I wasn’t really exposed to racism or anything until after I left for college.”

In Twin Bridges, Oliverson said she had a “normal childhood” in the “classic small-town Montana environment.”

“Nobody saw me as being different,” she added, “so that’s why when I left for college, it was kind of difficult for me to accept that people do really put me down because of the color of my skin.”

Out of her hometown bubble at college, Oliverson said she has been exposed to racist comments and actions.

“I felt like I didn’t belong anywhere, because I wanted to claim I was from white culture, because that’s where my parents are from, that’s where my family’s from. I’m proud to be part of my family. I love my family more than anything, so I didn’t want to take them out of the picture,” she continued. “But I’m being seen as a Black person, and I’m being judged as a Black person. I have to take credit for being Black and being part of Black culture, even though I don’t know what my Black heritage is. I still, to this day, I still struggle with that. I don’t know what culture I should be more leaning toward, what I should be a part of, so that’s something that I still really struggle with.”

With the growing Black Lives Matter movement and protests, Oliverson has tried to learn more about herself and her race. It hasn’t been easy, but she’s tried to unearth facts to help her better understand racial inequalities and injustices.

She fact-checks stats and history, often twice, and reads opposing points of view, but she also talks with college friends who grew up in Black communities. It’s all an effort to educate herself and others.

“It’s very hard for me to speak out, because I don’t want to offend anybody. I’m trying to enlighten people, I’m trying to educate people,” she said. “But at the same time, I know by doing this I’m going to receive hate from people, I’m going to receive comments, and I know that not everyone is going to think that I’m right. And I may not be right in everything that I say, but it’s from my point of view. So, it’s hard for me to come out and say all this stuff, because I’m from that white culture, and I don’t want people to think that I’m betraying them or anything.”

To be sure, Oliverson has a great support system among her family, friends and teammates. While Oliverson was one of only three Black players on Northern State’s roster last season, college athletic locker rooms are often among the most diverse sectors in states like Montana and South Dakota.

Montana State head football coach Jeff Choate said as much when he called the Bobcat football team “the most diverse group of young men in the entire state of Montana.”

She also gets plenty of support from her best friend. Savanna Stewart, who is white, grew up in Twin Bridges and is now preparing to enter her junior year at Stanford University, where she’s double-majoring in political science and communications.

Oliverson and Stewart talk daily through text and video messages, giving Stewart an intimate knowledge of Oliverson’s experiences and emotions.

“It’s super tough for me to see these same people that have supposedly supported her through sports turn their backs as soon as she’s trying to talk about these issues that affect her or undermine what she’s saying as if they would know her experience or understand her experience, or even just trying to belittle what she’s saying because she was raised in Montana, was raised in a small town where we might not have some of these issues as visibly or blatantly,” Stewart said.

Though she recalled a few uses of racial slurs, Oliverson said she didn’t experience much racism in Montana.

Looking back, Stewart said there might have been racial undertones to statements or actions, but “we didn’t necessarily recognize it as being racially charged or just not necessarily acceptable, just because the vast majority of us had always been surrounded by students who looked exactly like us.”

It’s a fine line for Oliverson, who wants to both embrace her Black heritage and white family. Further, her dad, Dave Oliverson, is a sergeant with the Montana Highway Patrol.

While many of the protests and demonstrations across the country have specifically targeted law enforcement in response to the killing of George Floyd, Oliverson empathizes with police officers and wants to see their good deeds highlighted more, both on social media and in the mainstream media.

“I know that a lot of the cops, including my dad, have good, respectable morals and a love for every human on this planet, no matter how much they’ve gone through or how much disrespect they have for simply being a police officer,” she said. “I know, as well as much of the Black community knows, that not all police officers are bad and that many of the good actions from police officers aren’t streamed on the media or even recognized.”

“There are officers that aren’t bad and twisted,” she continued, “and obviously we need to get more training for those officers who are racist and have done racist things, but for the majority of the police officers out there, they’ve done nothing wrong. And I think we need to bring more attention to the good acts they are doing, and we need to give them more credit for the things that they are doing that are good and that are helping the Black community.”

Oliverson is thankful for the police presence at a June protest in Aberdeen. She said the demonstration started with about 20 of the Black Northern State student-athletes, and the crowd swelled to more than 50 people. Reports from South Dakota media outlets indicate the protests were peaceful and police didn’t have any issues, but Oliverson recalled instances where anti-protesters showed up brandishing firearms.

“That’s what we were protesting against, it’s people like that that have mindsets so evil that they can’t even see a race ask for justice and equality,” she said. “Because I do agree that all lives matter and that we all should be equal, but all lives won’t matter until Black lives are respected as much as Black culture is.”

“We shouldn’t have to be having FaceTime conversations about her going to a protest to just talk about her right to exist with the same security and safety and equality that I do just because I was born white,” Stewart added. “Just talking about her experience that night on FaceTime was a real eye-opener, I think for both of us actually.”

Oliverson has had her eyes opened since graduating high school and moving onto college, and she hopes the ongoing demonstrations and conversations are opening more eyes around the country.

While she continues to search for her sense of belonging and place in the world, she’s decided now to use her platform as a Black female student-athlete to speak up to encourage education.

“We need to be open to accepting that there is, in this nation there is racial prejudice,” Oliverson said. “Please listen with an open mind and instead of trying to attack something I said because you don’t agree with it, try and see it from my shoes and try and see it from being a Black person in America.”

She added, “Just keep on going, you know? We have to keep getting better.”