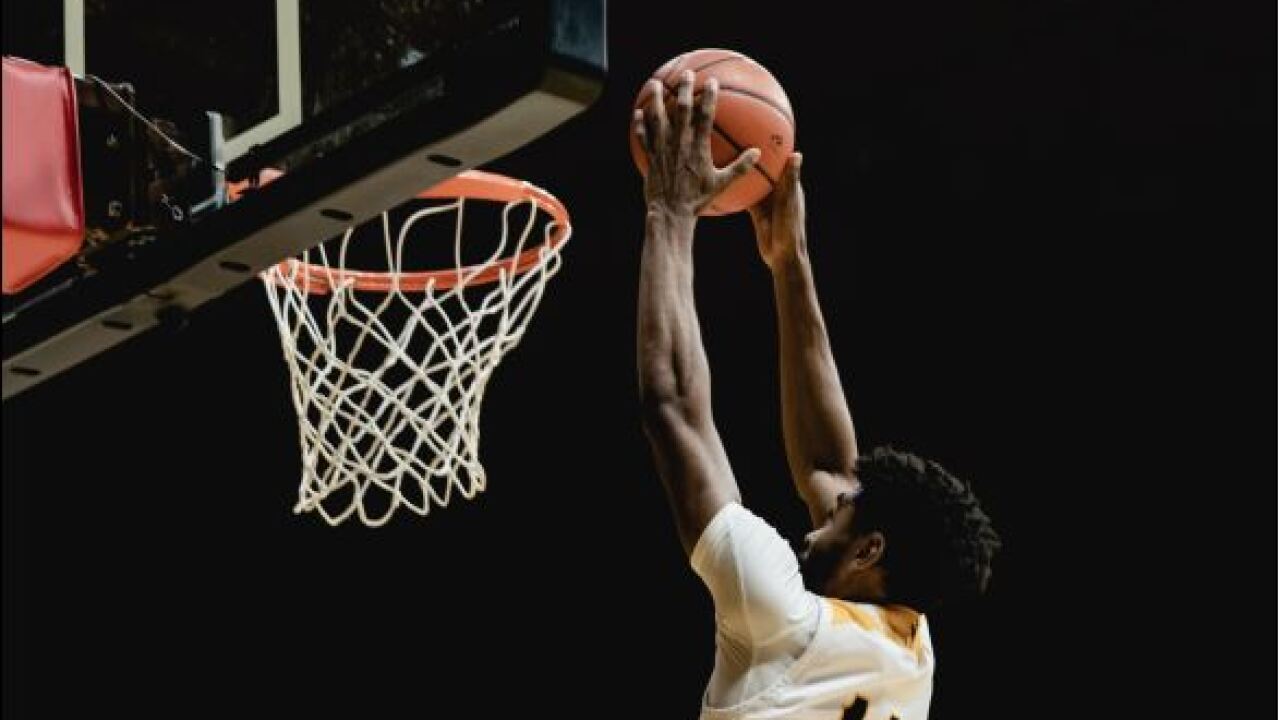 LARAMIE, Wyo. - Sophomore Trevon “TJ” Taylor recorded a career-high 22 points on his 21st birthday, as the Wyoming Cowboys raced past Detroit Mercy by a score of 76-49 on Tuesday evening in the Arena-Auditorium. It marked the largest win by the Cowboys since head coach Allen Edwards first ever win in the season opener over Western State (88-49) during the 2016-17 season.

“The defensive end of the court is where we are hanging our hat,” UW head coach Allen Edwards said. “It’s not a secret that every team in the country who prepares to play Detroit Mercy understands how talented Antoine Davis is, and everyone puts together a game plan to make it tough on him. What I told our guys was regardless of what our game plan was for him, he was going to take between 20 and 25 shots. On a regular night, he’ll score in the 20s and on a good night he’ll score in the 30s. He ended up taking 23 shots and scoring only 11 points tonight. A lot of that credit goes to A.J. Banks. We always talk about team defense, but tonight we really put it on A.J.’s shoulders to get up and guard him and try to wear him down. And then A.J. countered that by providing us some offense (15 points).”

Taylor was 8-of-13 from the field fort the night with six rebounds. Senior guard A.J. Banks added 15 points for a season-high to go along with three assists, four rebounds and two steals shutting down one of the nation’s top scorers in Antoine Davis holding him to 11 points, as he averaged 27 heading into the game.

“Today was TJ’s (Taylor) birthday,” Edwards said. “He scored 22 points while turning 21, so a good night for him. I challenged him after our last game and told him we needed more from him and he stepped up. Jake (Hendricks) also had 12 points and Maldo (Hunter Maldonado) had 13.”

“What I was even more impressed by was the way we rebounded the basketball,” Edward said. “This Detroit team has out-rebounded most of its opponents thus far this year, and lost the rebound battle by only one rebound to Clemson and out-rebounded N.C. State. For us to win the rebounding battle (43 to 37) and have Hunter Thompson have 10 and Jake Hendricks have 10 was very encouraging.”

The Titans opened the contest on an 8-0 run in the opening two-plus minutes. Willy Isiani led Detroit Mercy early with five points. Wyoming responded with 10-0 run led by Taylor and Maldonado. The duo added seven of the points and assisted on three of the four baskets for a 10-8 Wyoming advantage five minutes into the game.

Antoine Davis, one of the nation’s premier scorers scored five-straight points to give the Titans a 13-10 lead moments later. Both teams would battle for the advantage until a scoring drought of over three minutes by the cowboys helped the Titans build a 22-18 lead. The drought was halted by Maldonado and a three pointer from A.J. Banks to give Wyoming a 23-22 lead with 6:32 left in the first half.

The Pokes hit 43 percent from the field in the first half and held the Titans to 38 percent to take a 33-31 advantage into the break. The two teams combined for 10 three pointers in the first half.

The Pokes opened the first half on a 13-0 run for a 46-31 advantage in the first three minutes of the frame. Wyoming hit three triples during the run and assisted on four of five baskets.

The Pokes would hold the Titans to 0-of-8 from the field and built a 58-40 lead halfway through the half. The Pokes led by Taylor made it a 23 point game at 70-47 with just over three minutes left. During that stretch Taylor got to his career high with a dunk and Hendricks added his 10th board for the double-double.

Wyoming held the Titans to 20 percent from the field in the second half and countered shooting 52 percent on their way to the 76-49 win.

Detroit Mercy was led in scoring by Brad Calipari, head coach of Kentucky’s son, as he scored 13 points for the night. Marquis Moore added nine points and a team-high eight rebounds.

The Cowboys return to action on Thursday hosting Louisiana in a 7 p.m. contest in the Arena-Auditorium.