Pokes in the Pros: NFL Week 2 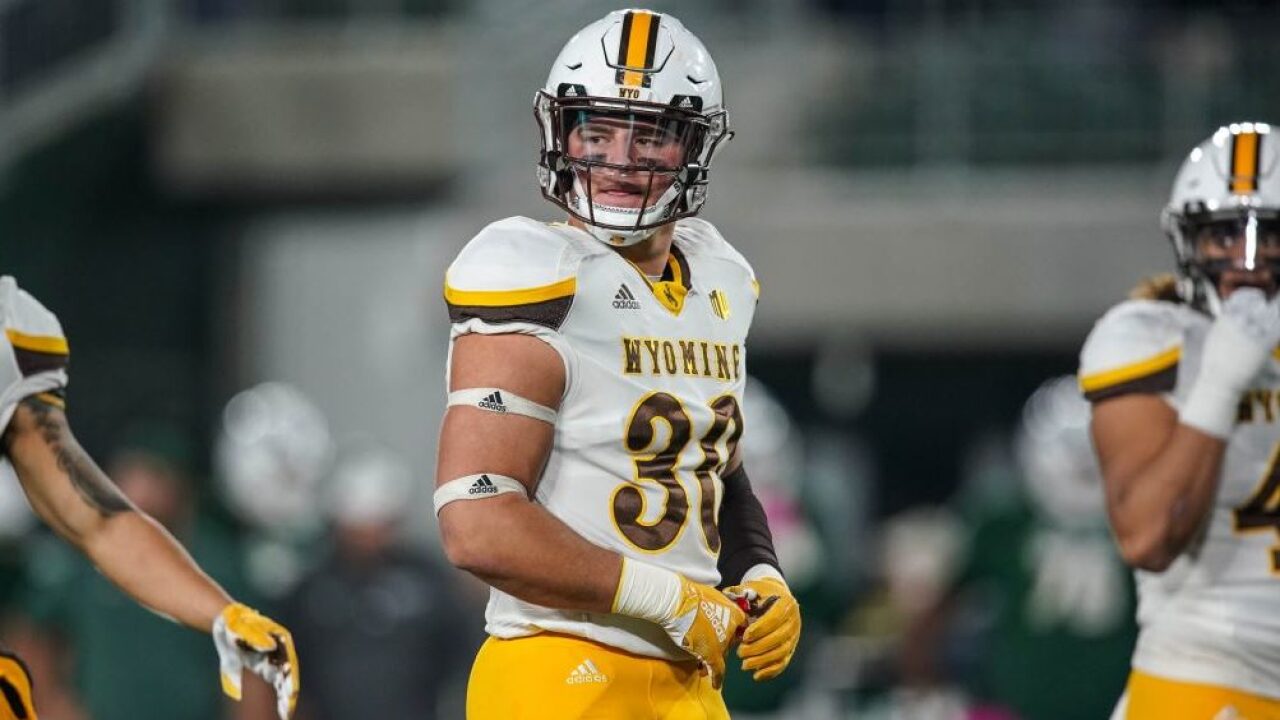 LARAMIE, Wyo. -- This week’s NFL slate sees Pokes in the Pros featured in 12 contests with three airing on national television.

Andrew Wingard (Jaguars) – Wingard recorded two tackles and had a game sealing interception off of Phillip Rivers late in the fourth quarter. It was his first career interception. He has recorded a tackle in 12 of his 17 career games.

Mike Purcell (Broncos) – Purcell earned the start for the Broncos in the season opener for his 16th career start. He finished the contest with five total tackles. The five tackles tied his Bronco’s career-high he has reached five times.

Marcus Epps (Eagles) – Epps made two tackles for the Eagles in the season opener. He has recorded six tackles in his last two games dating back to last season. He has eight total tackles in his career. Epps appeared in 85 percent of the Eagle’s special team snaps.

Mark Nzeocha (49ers) – Nzeocha continues to be the special team’s leader for the 49ers. He did not record any statistics, but it was his 50th career game in the NFL. He played 82 percent of the special teams snaps.

Josh Allen (Bills) – Josh Had a career game in week one with 312 yards passing with two touchdowns. He also rushed for 57 yards with one rushing score. He became first Bills quarterback with consecutive Kickoff Weekend wins since Jim Kelly won six straight between 1988 and 1993. Allen completed his 11th career game with a rushing and passing touchdown - the third-highest total for quarterback in his first three NFL seasons (Cam Newton, Dak Prescott, Steve Grogan)

Eddie Yarbrough (Vikings) – Yarbrough recorded two tackles in his Vikings debut. It was his first contest since Dec. 9, 2018. He was inactive late last season for the Vikings and spent the rest of that season on the Bills practice squad.

Brian Hill (Falcons) – Hill rushed three times for 12 yards in the season opener. He also caught two passes for eight yards. It marked his 30th career game in the NFL. He has rushed for 529 in his career.

Tashaun Gipson (Bears) – Gipson tied for the team lead with seven tackles in the season opener. It was his first game for the Bears, as he started his ninth season in the NFL. H is one of seven players to record at least 400 total tackles and 20 interceptions since entering the NFL in 2012, joining Janoris Jenkins, Reggie Nelson, Earl Thomas III, Glover Quin, Harrison Smith and Richard Sherman.

Jacob Hollister (Seahawks) – Hollister caught one pass for nine yards in the season opener. It was his 50th career reception. He faced former teammate Brian Hill. He will face his former team the New England Patriots on Sunday.

Carl Granderson (Saints) – Granderson recorded a sack and forced fumble in the season opener. Granderson strip sacked future Hall of Famer Tom Brady. He played 33 percent of the defensive snaps in the contest.

Rico Gafford (Raiders) – Gafford will look to make his season debut on Sunday.