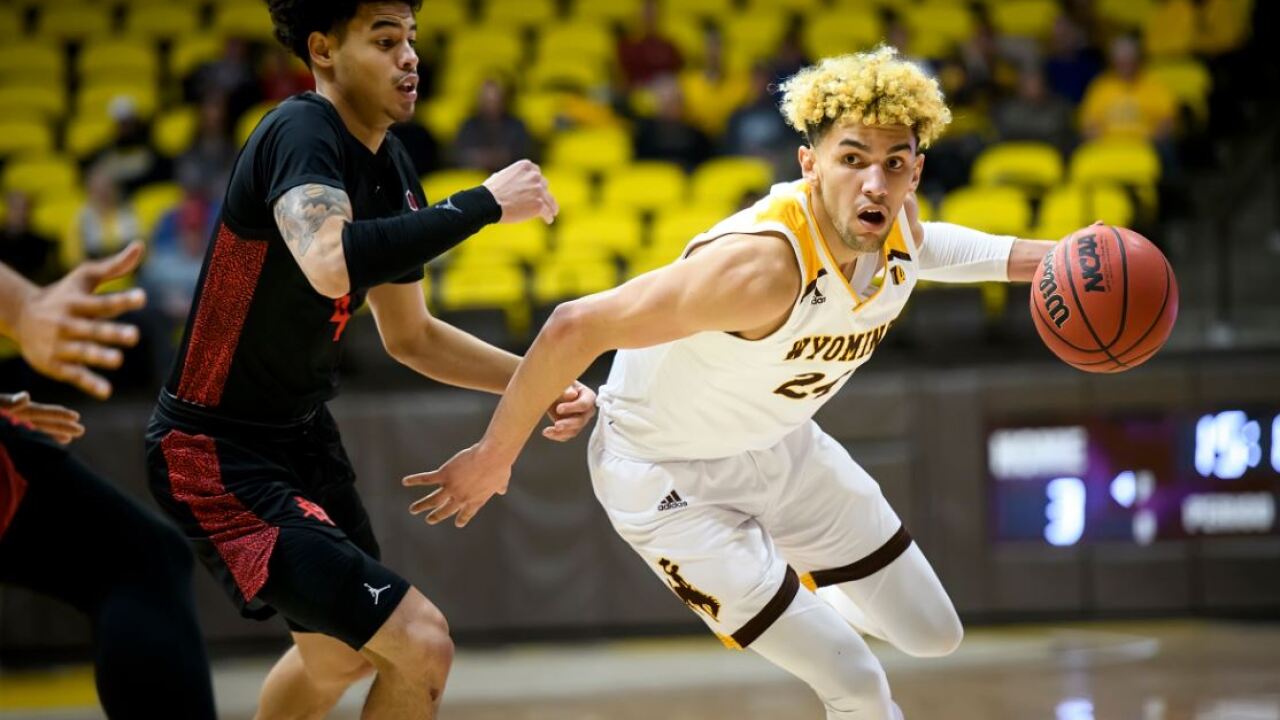 “They are definitely deserving of their number seven ranking (San Diego State),” UW Head coach Allen Edwards said. “I appreciate preparing for them and watching them. At the same time in terms of educating our guys, when you see something good, like the way San Diego State plays, you try to emulate it. Sometimes kids think things like what San Diego State has been able to accomplish happen overnight, but what I told our kids was Coach Dutch (Brian Dutcher) was of course with Coach Fish (Steve Fisher) for many years as they built their program.”

Wyoming was led by redshirt sophomore Hunter Maldonado with 18 points. He came into the contest ranking second in the MW in scoring. He has scored in double-figures in every game this season. Maldonado added a team-high seven rebounds. Sophomore Hunter Thompson added 15 points for his fifth game in double-figures this season. He also added five rebounds.

The Aztecs shot 52 percent from the field and 35 percent from behind the three-point line. SDSU scored 16 points off 11 Wyoming turnovers. San Diego State grabbed 30 rebounds to the Pokes 27, as Wyoming grabbed eight offensive boards.

“There were positives within the game for us,” Edwards said. “From a rebounding standpoint, we got more offensive rebounds than they did and we had more shot attempts than they did. We also did a better job of taking care of the ball (UW committed only seven turnovers). But they (SDSU) are very good defensively, and what we weren’t able to do was score the basketball against them.”

“I still admire our kids fight out on the floor,” Edwards said. “I thought in the first half, we defended the three-point line pretty good (holding SDSU to 27.3 %, 3 of 11) but we gave up some layups around the basket on missed assignments.”

The Pokes and Aztecs remained neck-and-neck in the first five minutes of the contest until an 8-0 run from the Aztecs made it a 13-5 contest with 12:02 left in the opening frame. Wyoming went scoreless for over three minutes with Foster ending the run with a three pointer for a 13-8 game at the 11:36 mark.

The Pokes would hold the Aztecs scoreless for nearly three minutes, as a pair of baskets from Foster and fellow freshman Kwane Marble made it a 16-12 contest and a three pointer by Maldonado made it a 18-15 game with 7:52 left in the half.

The Pokes would go on a scoring drought of nearly four minutes and the Aztecs built a 22-15 lead, as Wyoming went on a stretch of 1-of-8 from the field. SDSU would get hot from the field hitting six of eight shots to close the half and take a 32-21 lead into the break. Thompson closed the half with a tip-in as the buzzer expired.

SDSU’s Yanni Wetzell had eight points in the opening three minutes of the second half to help the Aztecs build a 14-point advantage at 41-27. The Aztecs would then add back-to-back threes after a Maldonado triple to make it a 47-30 contest.

San Diego State would use the three-ball and stingy defense to build their advantage to as much as 19-points halfway through the half, as Wyoming was held without a field goal for over eight minutes. The Aztecs ranked in the top-five in field goal percentage defense heading into the game.

SDSU continued the hard-nosed defense to close out the game and take the win 72-52.

The Aztecs were led by Yanni Wetzell with 17 points on 6-of-6 shooting. Malachi Flynn added 19 points and four assists to go along with three steals. Matt Mitchell led all players with eight rebounds for the night.

The Cowboys return to action on Saturday hosting UNLV in the Arena-Auditorium for a 5 p.m. start on AT&T SportsNet.