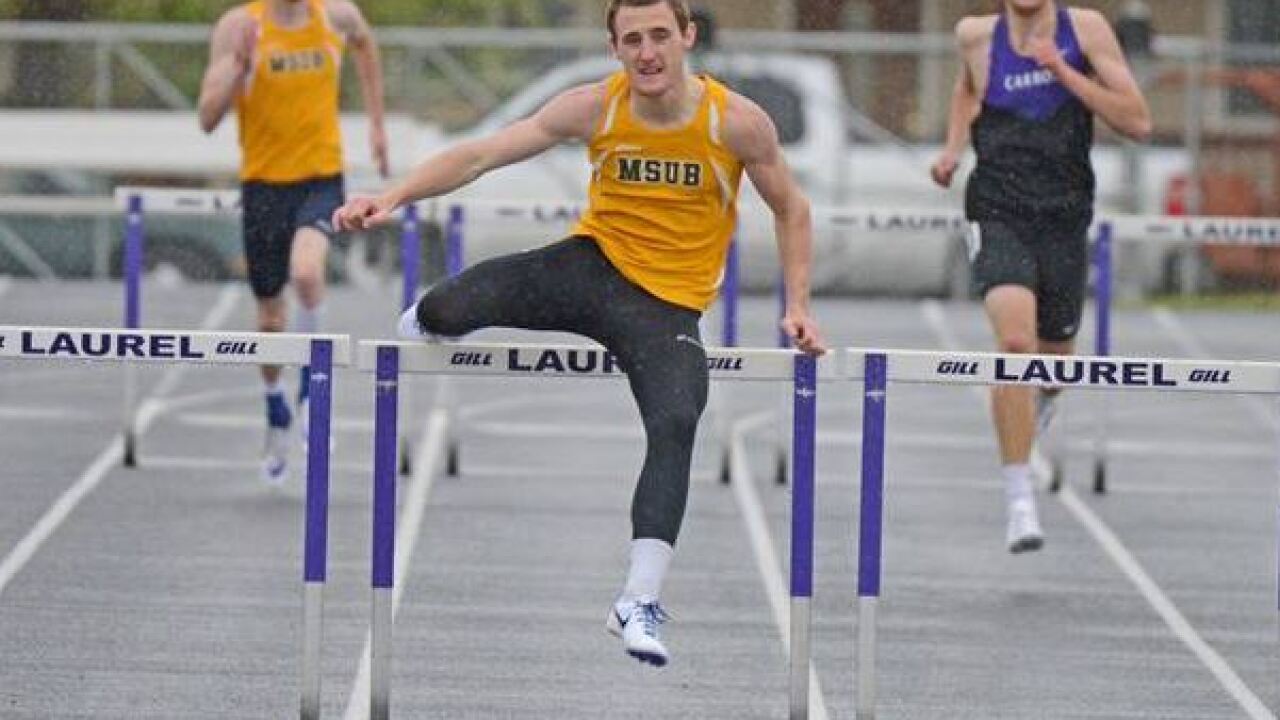 BILLINGS – Montana State University Billings head track and field coach Jon Woehl continued to add to his roster this week by announcing the signing of five recruits. The announcement brings the off-season total to 12 ahead of fall cross country season. Lindsey Seitzinger, Christina Chapi, Brynn Jolma, Will Steinfeldt, and Connor McNeil each signed a letter of intent for the 2019-20 season. More additions to the team are expected in the coming weeks.

Seitzinger is an accomplished high school athlete in hurdles and was named all-conference four straight seasons at Anaconda High School. She also earned academic all-state honors and was team captain of the track and field team as well as basketball and volleyball. Under Coach Dustin Hanson, Seitzinger was a four time letter winner for the Copperheads, who compete in class B.

Coach Woehl on Seitzinger: “Her best event is probably the 300 hurdles, but I expect to see her compete in all sprints as well. She works really hard and I think with where her marks are right now, she’s going to be able to really add to the team, especially in the 400 range and then be a good training partner with our other runners too.”

Hailing from Winnett, a small town northeast of Billings, Brynn Jolma will be intending to make an impact among throwers next season at MSUB. Jolma was a three sport athlete and team captain in both cross country and track and field. She earned three letters in track and set a school record for shotput with a throw of 34’ 1.75”. She also topped the team at the 2019 district meet by earning the most field points.

Jolma is a good student and a proven leader, having won several awards for sportsmanship in her prep career. She is contemplating a career in physical therapy and majoring in health and human performance.

Coach Woehl on Jolma: “I’m excited that Brynn is going to be on the team. I reached out to her about being a part of our group and found out she was interested. I know coach Goosman is excited about how her off-season workouts have been going too so I think she will be a nice addition.”

Jolma on choosing MSUB: “I felt MSUB had good program options and it was also close to home.”

All the way from Madrid, Chapi helps fill the gap in Woehl’s lineup after losing three senior throwers to graduation last spring. Chapi brings seven years of experience in the sport and has medaled in regional competition, with a berth to the national stage. After high school, Chapi spent two years at Southwestern Community College and one year at Westcliff University. She posted a personal best 35.12 meter throw in discus, 26.40 meters in javelin, and 8.98 meters in shotput.

Coach Woehl on Chapi: “Her best event is probably the discus. Coming from Westcliff University in Irvine, California, she hasn’t had a lot of coaching through her time in college. I think coach Goosmann really has a good idea of what Christina can do to be successful here and I think they will work well together. Even though she is new to our team, she is a senior in eligibility and knows what it takes to compete at the college level.”

Chapi on choosing MSUB: “I chose the Yellowjackets to continue my athletic and academic career because the school and the track and field program had everything I was looking for. Here I will have a coach who has been an All-American in my main event. Also, I will have teammates who can help and challenge me all the time.”

Steinfeldt played four years of varsity football in high school but chose to continue his athletic career in track and field at MSU Billings. Steinfeldt bolsters team depth in cross country as an avid distance runner. At Reed Point, he ran under the direction of head coach Carol Marsh. He is planning to major in computer science.

Coach Woehl on Steinfeldt: “Will is going to be great to have for cross country especially. He took a year after high school to work and he’s decided to come to MSUB to continue his education. He definitely has the potential to be one of our scoring runners. I see similarities between Will and Logan Straus coming out of high school, both with a lot of potential to improve at MSUB in a relatively short period.”

Steinfeldt on choosing MSUB: “MSUB gave me the opportunity to keep running and competing in the sport I love. It will be a competitive and organized environment for me to thrive in.”

After competing in football, basketball, and track for the Panthers, Connor McNeil joins the ‘Jacket throwers this season. He had a top-10 performance at the state track meet as a freshman and sophomore; then earned all-state team honors as a junior. McNeil has experience throwing javelin, discus, and hammer for Park City. His top distances include 167’ in javelin and 136’ in discus. McNeil earned academic all-state recognition and plans to major in business management at MSUB.

Coach Woehl on McNeil: “I’m excited about Connor and have had conversations with coach Hogemark out at Park City about his marks in the past. He’s done a ton of potential. Initially we are planning on having him as a thrower and he’s going to have good leadership on the team to help him along as well.”

McNeil on choosing MSUB: “I chose MSUB because the campus is close to home, it’s a good school, and I have had many family members attend and enjoy their experience. MSUB also has the degree program I am interested in.”