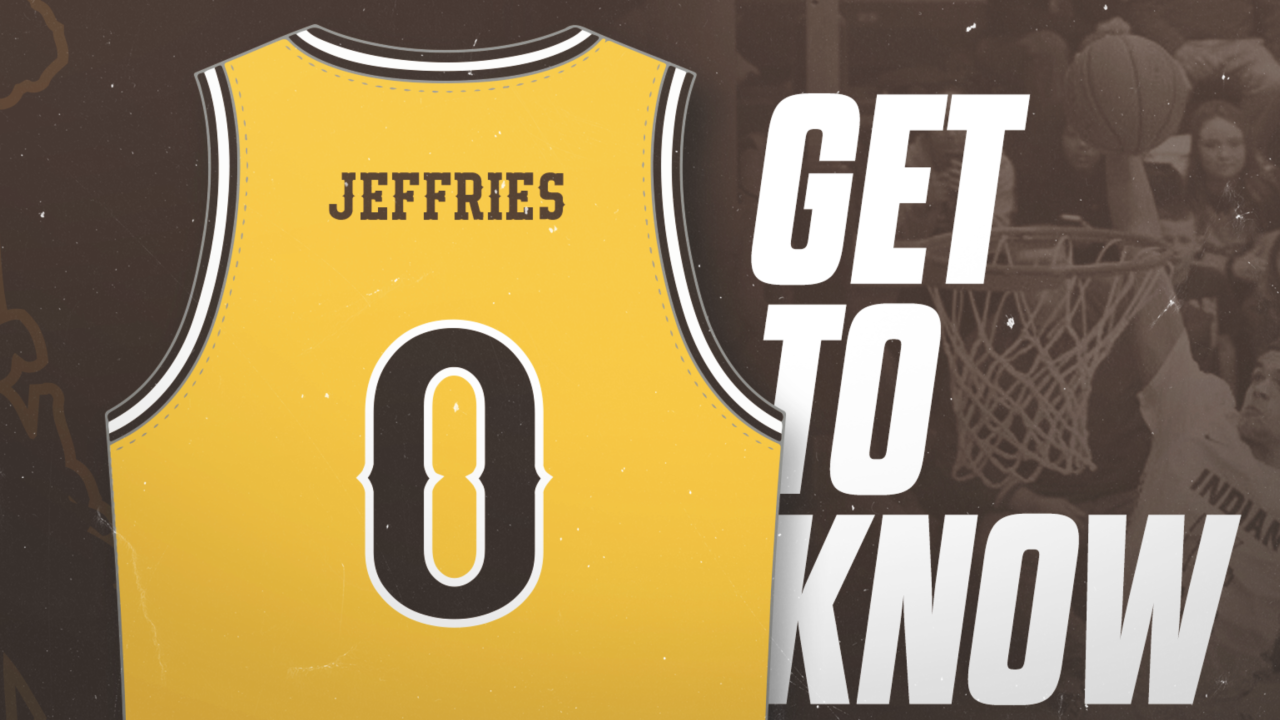 LARAMIE, Wyo. - Incoming junior Drake Jeffries was one of the first players to commit to new University of Wyoming basketball coach Jeff Linder. The junior college transfer was one of the top three-point shooters in the nation last season and is set to bring that threat from behind the arc to the Arena-Auditorium.

“Coach Linder is very honest and straight-forward, which is a great quality in a head coach,” Jeffries said. “The coaching staff is also tremendous, which made me very excited about the direction of the program. I also love the system of Coach Linder and I fit into it very well.”

Jeffries spent last season playing at Indian Hills Community College in Iowa for head coach, Hank Plona and was a three-star recruit according to Rivals.com. He earned First Team All-Region Honors. He averaged 9.8 points per game for the season in 21 minutes per game. Indian Hills was one of the top seeded teams in the National Tournament that was cut short due to the COV-19 Pandemic.

“We had a great team at Indian Hills with six Division I players on the team,” Jeffries said. “We had great talent and had a special season. It was unfortunate the season was cut short, but I had a great time on and off the court.”

“I was an okay shooter coming out of high school, but Coach Plona really worked on my game,” Jeffries said. “He helped give me the confidence I needed and with hard work I had a great season. It will make it an easy transition into coach Linder’s system.”

Jeffries scored 80 percent of his points last season from behind the three-point line. But don’t let that number fool you, as the former state qualifier in the triple jump in high school can throw down some highlight reel slams.

“I have been lucky to be gifted with some great athletic abilities,” Jeffries said. “I have also worked in the weight room and put on some good weight throughout the years to help my game.”

Prior to his time at Indian Hills, Jeffries began his college basketball journey with two season at Minot State, an NCAA Division II program in Minot, North Dakota. He redshirted his first season. He added 6.4 points and 4.3 rebounds per game as a redshirt freshman. He also shot 40 percent from behind the arc in 32 games with 15 starts.

“It has been a great journey to get here to the University of Wyoming,” Jeffries “Everybody’s journey is different, but mine has been great I have seen a lot of different levels of play. I’m just excited for the guys we have on this team and I think we can be a very good basketball team.”