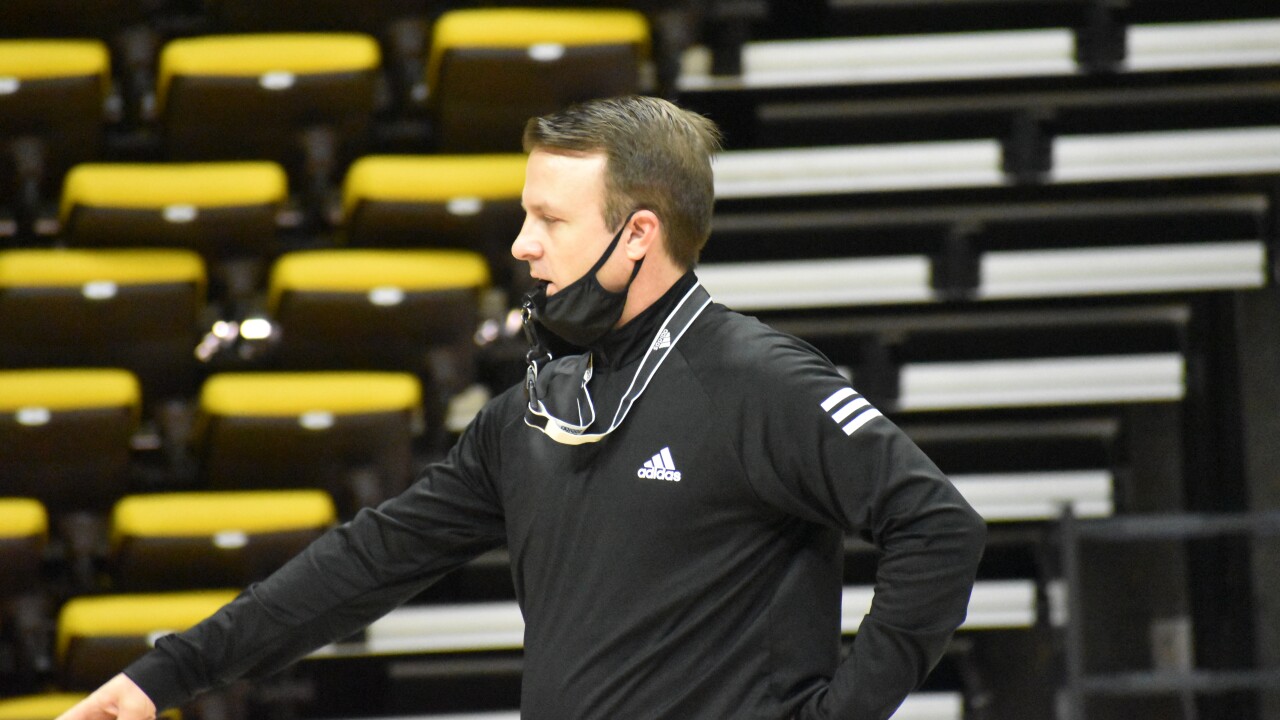 LARAMIE, Wyo. - The Jeff Linder era of Cowboy basketball is underway after the Pokes’ first official practice on Thursday. The morning practice inside the Arena-Auditorium marked 41 days until the start of the season.

“We have the base of what we want to do in place from our summer workouts,” Linder said. “We have to work on getting up and down the floor and work on our discipline. Our guys really understand the standard that we have set.”

Wyoming welcomes eight newcomers to the 2019-20 roster, as the signing class was the top ranked class in the Mountain West and ranked No. 53 in the nation according to Rivals.com. That group featured four three-star recruits and a trio of junior college student athletes.

“Defense and defending the three-point line is something we drill at practice and it is something we have to work on every day,” Linder said. “It is not just on the court, it is watching film to gain an understanding as well. We will keep developing the habits that have made us successful over the years.”

“It is a matter of teaching and understanding what a good and bad shot is,” Linder said. “You really have to define roles and myself and this coaching staff is not afraid to tell kids what a great shot, a good shot and a bad shot are.”

Last week, the Mountain West announced an 18-game conference schedule that will open on Dec. 29. Non-conference contests along with ticket information will be released in the coming weeks.