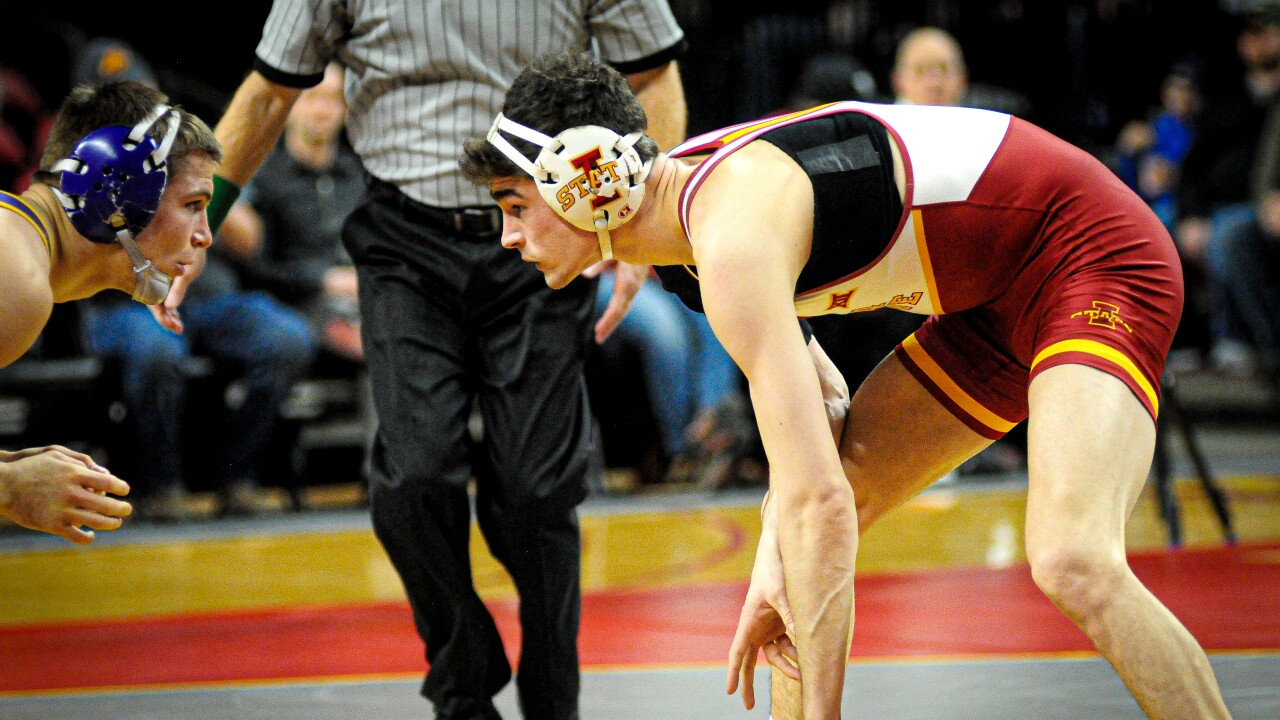 Jerek Wolcott for MontanaSports.com
Iowa State&#39;s Jarrett Degen looks for a chance to shoot against UNI&#39;s Max Thomsen on Sunday in Ames, Iowa. 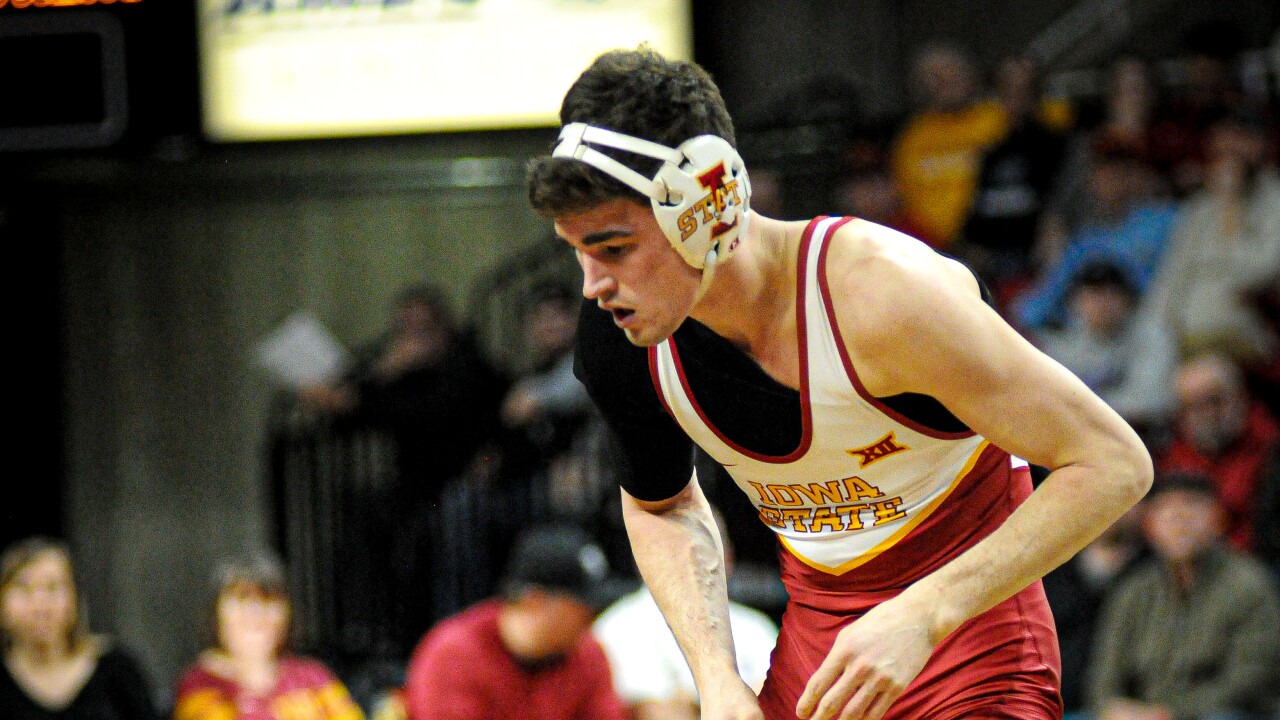 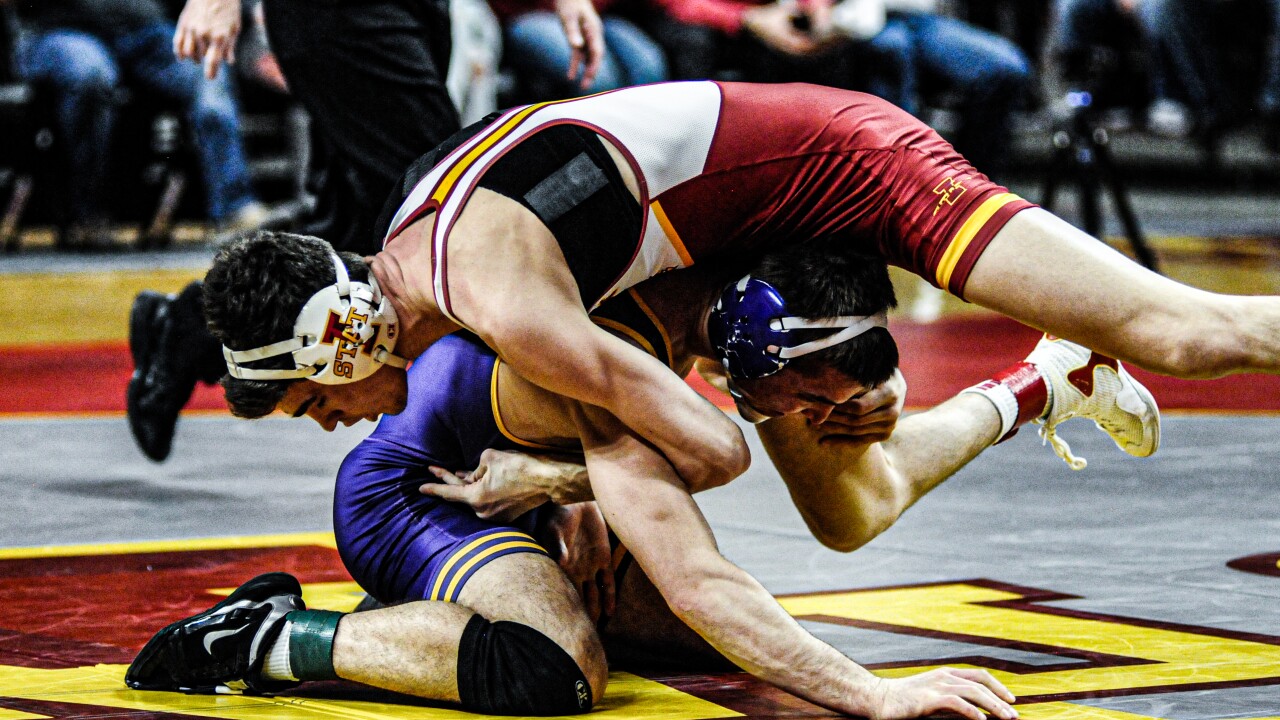 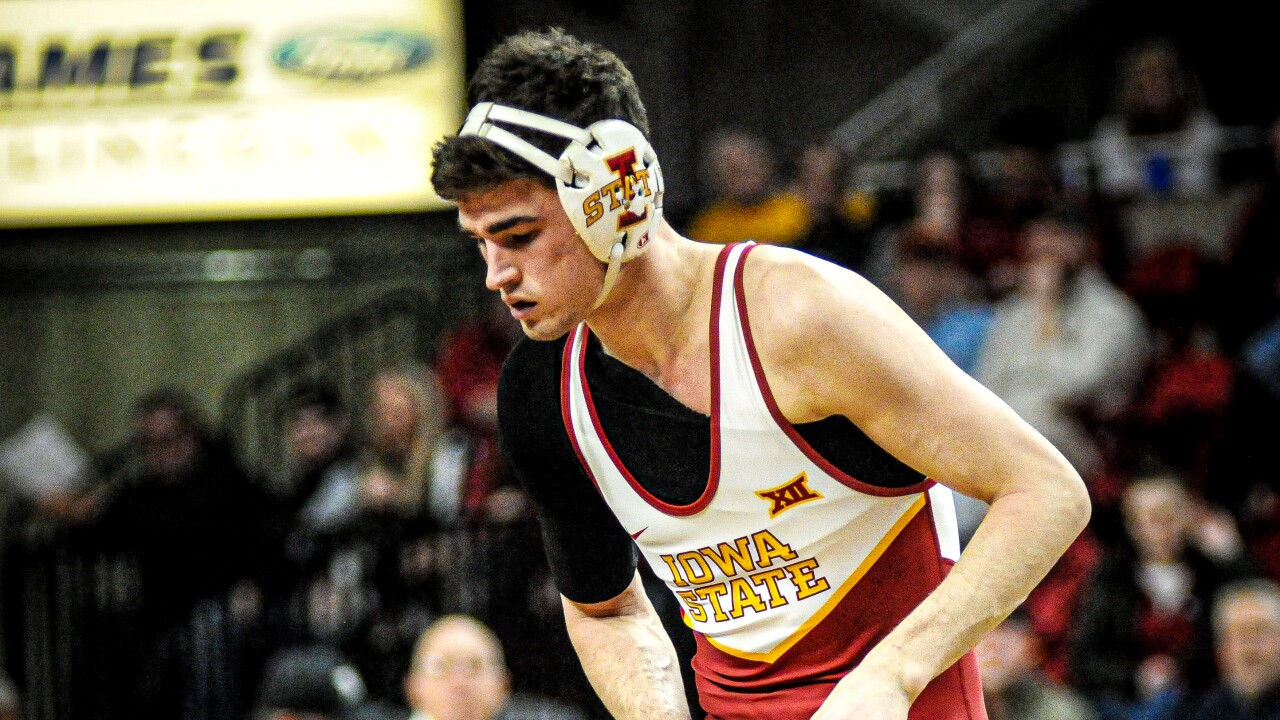 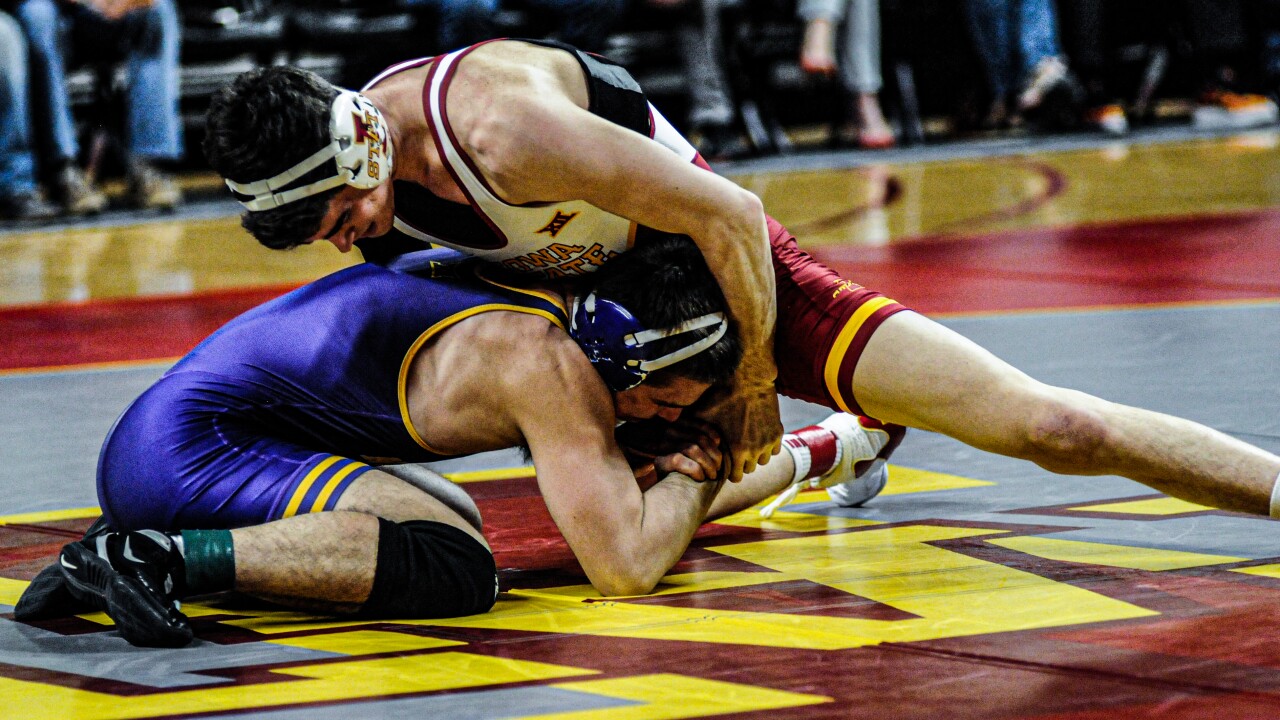 Degen, the No. 8 149-pound wrestler in the NCAA, squared off with ninth-ranked Max Thomsen. After each wrestler earned an escape, the match went to the SV period, where Thomsen maneuvered a take-down for a 3-1 SV (sudden victory) win.

Degen, who won four individual titles wrestling for Belgrade High School, is now 10-4 on the season, according to WrestleStat.com. Sunday marked his third loss to Thomsen -- a season-opening 12-7 decision, an injury default, and the 3-1 SV defeat. A redshirt junior, Degen is a two-time NCAA qualifier and last year finished in seventh place, earning all-American status for the first time in his career.

He finished runner-up in the Big 12 Championships a year ago, after placing third the year prior.

Iowa State travels to Missouri to face the Tigers on Saturday, then hosts North Dakota State on Sunday. Degen's younger brother, Sawyer, competes for the Bison, as do Forsyth brothers Luke and Michael Weber.

Scroll through the photos of Degen, provided by UNI sports information director Jerek Wolcott, above.