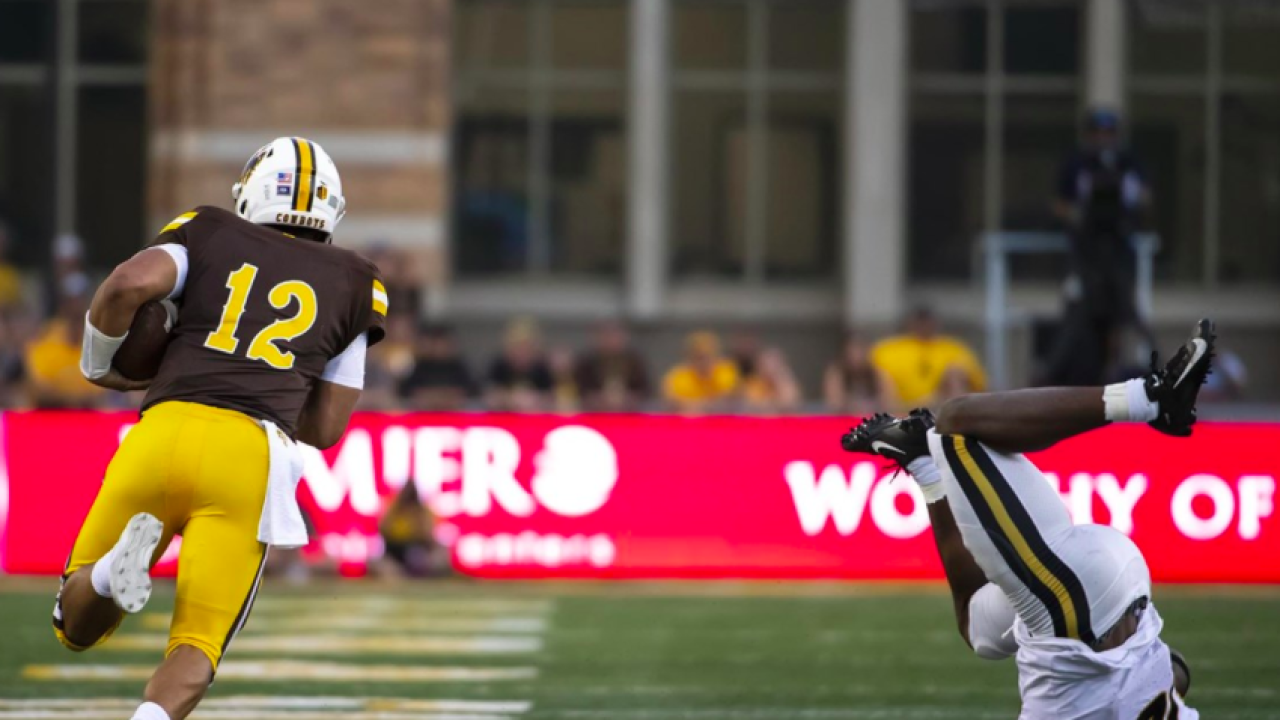 It was the second time a team from the SEC visited War Memorial Stadium, as Wyoming moved to 2-0 in those games. Wyoming also won their third game in the last four meetings against a team from the SEC. The television rebroadcast will be made available for fans for free on the University of Wyoming official Facebook page @wyoathletics on Wednesday, June 10 at 7 p.m., Mountain Time.

It is the final scheduled Cowboy Capsule of the summer.

While the Cowboys found themselves trailing by a score of 14-0 at the end of the first quarter, it was an explosive second quarter that would see the Cowboys score 17 straight points to take a 17-14 lead, and the Pokes would extend their lead to 27-17 going into halftime. Wyoming's defense forced three turnovers, two forced fumbles and one interception, while not committing a single turnover on offense. UW's defense also scored a touchdown on a fumble return. The Cowboy offense rushed for 297 yards on 42 carries and averaged 7.1 yards per carry on the ground. Included in the potent rushing attack were touchdown runs of 61 yards by sophomore running back Xazavian Valladay and 75 yards by redshirt freshman quarterback Sean Chambers. Chambers concluded the day with 120 yards rushing, and Valladay ended the day with 118 rushing yards. Chambers added 92 passing yards for a total of 212 yards of total offense.

Former Cowboy tight end Josh Harshman and kicker Cooper Rothe will be available on Facebook during the Wednesday night telecast to share their memories of that game with fans.