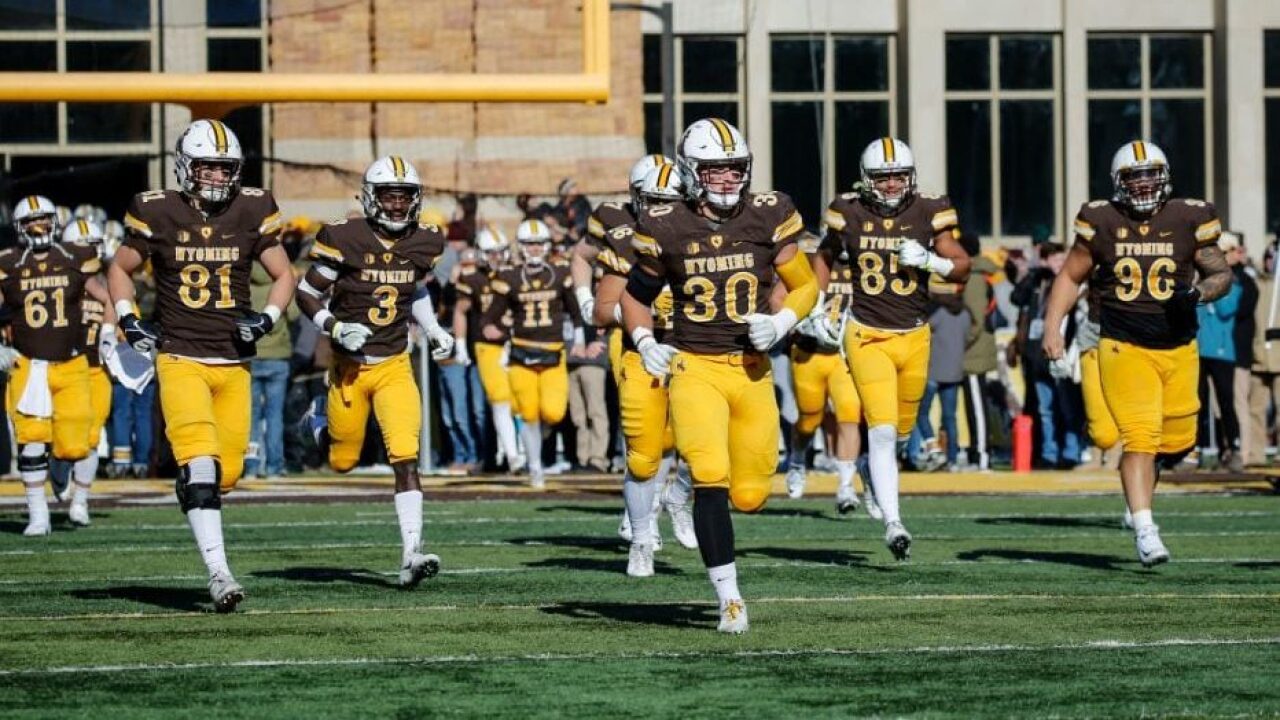 “We had a really long scrimmage (last Saturday), and I think we got a lot of really good work done and a good evaluation,” said Bohl. “With the change in the rule where freshman can play up to four games, that has changed some of our thought process on what guys may play. It’s not a critical piece deciding who’s on the two deep, but it is important in deciding what guys may work into getting critical reps if we do need them.”

Among the players earning the No. 1 spot at their positions were: redshirt freshman Rome Weber at free safety and senior Ryan Galovich at punter. Also making their first appearances on the depth chart in backup roles were: true freshmen Allen Smith, who is listed No. 2 at nickel back; Latrell Bible, who is No. 2 at center; and Titus Swen, who is listed as the co-backup at running back with graduate transfer Trey Smith.

“Rome Weber really did a great job (on Saturday),” said Bohl. “He’s going to slide into the starting spot at free safety. There’s been a good battle between him and Braden (Smith), but he (Weber) has been making plays and he really came out and played well. Those positions are typically tough to evaluate in practice because you don’t know (until you get in a scrimmage) can a guy make a play in a contested situation, whether he’s making a play on an open-field tackle or going up for the ball, and he answered the bell on that.

“We got some good game-like experience in the scrimmage. We thought Titus Swen did some explosive things in the running game. He showed the ability to make some nice cuts and to make people miss, so you can count on him playing some in the first game. He certainly needs to continue to practice hard, but he has good ability.

“Rocket (Ismail Jr.) made an explosive play for a touchdown. He caught the ball and broke away from some people. He continues to learn more and we’re going to utilize his skill set.

“In the scrimmage, we did have one concussion. Trey Smith (graduate transfer running back) had a concussion, and he will be going through the protocol. Blayne Baker (redshirt freshman offensive guard) is in concussion protocol, as well. How far they progress is entirely up to Dr. (Matthew) Boyer and sports medicine. We sustained some other bumps and bruises, but other than that I thought we were pretty healthy and we ran over 100 plays.

“As far as today’s practice, it was not a full-padded practice. There was a lot of mental work, and there is a lot of physical work yet to be done.”

Another player who Bohl said will play as a true freshman is tight end Treyton Welch. While he is not the starter, Bohl said the Cowboys would play a lot of tight ends, and Welch will be in the mix along with projected starter and senior Josh Harshman, sophomore Nate Weinman and redshirt freshman Jackson Marcotte, who are listed as backups to Harshman.

Talking about the Cowboy defensive line, Bohl was asked if there were any young players who have put themselves in the mix in the interior d-line. “Cole Godbout showed up,” said Bohl. “He’s a guy we’ve been waiting to come along. He redshirted last year. He’s put on some good weight. He was disruptive, and I would say of all the guys he’s the guy who exceeded our expectations.”

Bohl said he was pleased with the play of all three quarterbacks -- Sean Chambers, Tyler Vander Waal and Levi Williams. He said the completion percentage was good, as was the decision making. He stressed that they still need to continue to improve. The quarterbacks were not allowed to be hit on Saturday, which the head coach said did limit them some but it was important to protect them.

The Cowboys will continue Fall Camp with practices on Tuesday through Saturday, before entering their first game week of the 2019 season next Monday as they prepare to host the Missouri Tigers on Saturday, Aug. 31.