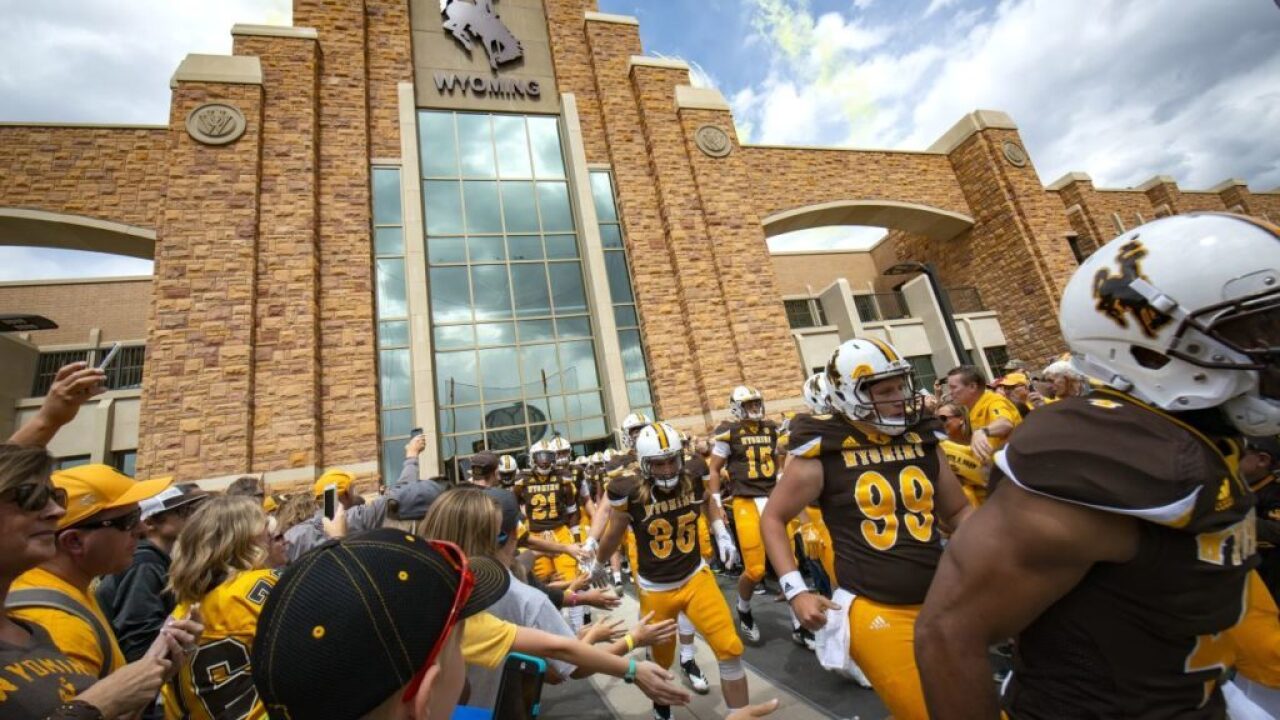 LARAMIE, Wyo. - Due to an upward trend of COVID-19 cases at the Air Force Academy and within the football program, the Falcons have canceled Saturday's scheduled football game at the University of Wyoming, according to UW's athletic department.

The Mountain West will declare Saturday's event as a no contest with no plans to reschedule.

Wyoming's next game is set for Thursday, Nov. 19 when the Cowboys host Utah State at War Memorial Stadium. That game is set for a 7 p.m., M.T. kickoff and will be televised on CBS Sports Network.

The Cowboys (1-2) are coming off Thursday's 34-24 loss at Colorado State (1-1) where a pair of first-quarter UW turnovers were converted into 14 Colorado State points.

Utah State is 0-3 and Utah State and announced Saturday that Gary Andersen is no longer the head football coach. Assistant head coach and co-defensive coordinator Frank Maile will serve as the interim head coach for the remainder of the season, the school said.