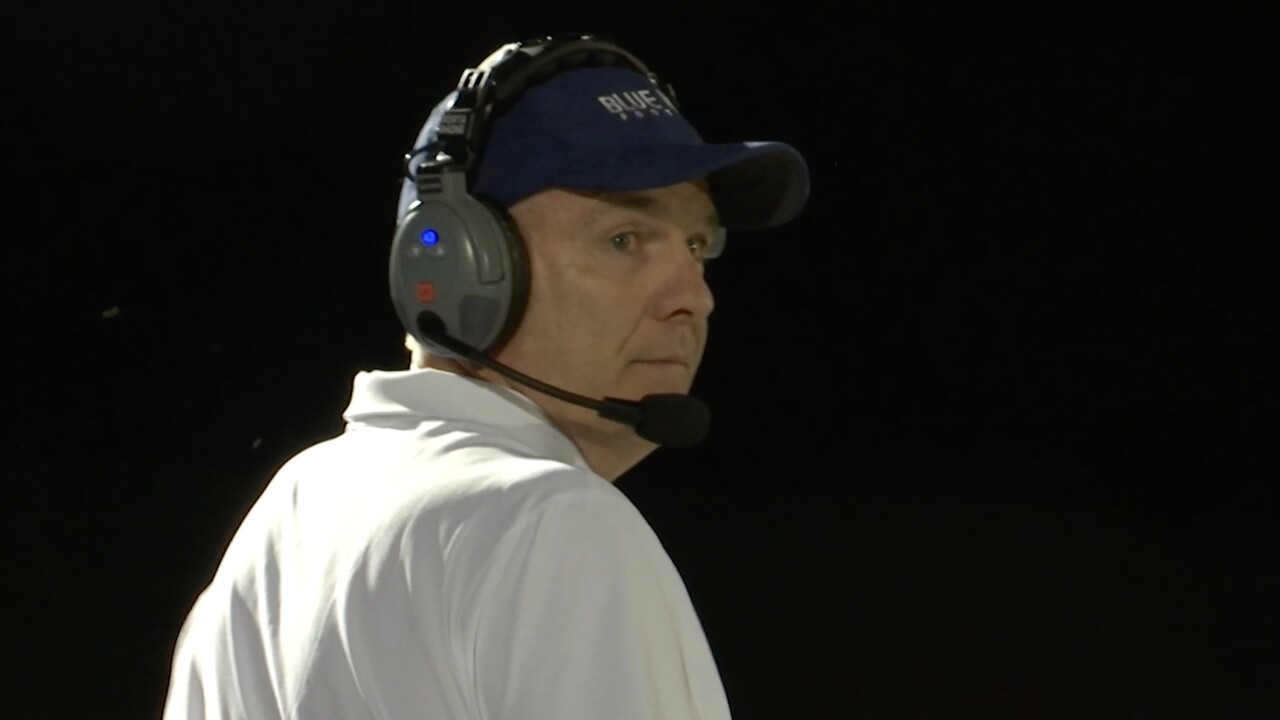 DICKINSON, N.D. — While many college football conferences around the country have postponed their 2020 seasons to the spring of 2021, many NAIA leagues are still planning to play games this fall.

The Frontier Conference is aiming for a five-team, Montana-only schedule, and a number of other Montanans are fixing to hit the field in North Dakota, too. Dickinson State, coached by Baker native Pete Stanton and featuring a roster flush with Treasure State talent, is still slated to play its conference schedule in the North Star Athletic Association.

“We’re planning to start to come in on Sunday night and then start (practicing) on Monday,” Stanton, who is also DSU’s athletic director, said in a recent phone interview with MTN Sports. “It’s going to be unique, but it’s also going to be something where we’re going to have some time to sort through it. We’re not going to be able to play football until (Sept. 12), and our volleyball team’s not playing non-conference games, so we’re going to have a little time to make sure we’re doing everything right day by day with the protocols. It’ll be a short camp with school starting within a week, but that’s OK. We’re just happy to be in a position to hopefully be able to do everything smart and be able to play this fall. We’ll see what happens, but that’s the plan right now.”

As the coronavirus pandemic has shown, plans can quickly shift, but Stanton said they’ve been fortunate at Dickinson State to not see a large number of COVID-19 cases. That doesn’t mean it’s going to be business as usual this fall.

The start of the 2020 football season is going to start two weeks later than normal, with DSU canceling non-conference games with Hastings College in Nebraska and Rocky Mountain College in Billings. DSU’s new nine-game schedule keeps the Blue Hawks in North Dakota and South Dakota for the duration of the fall.

The August acclamation period will also be slower and longer, giving teams time to navigate their new protocols. In his dual roles with the athletic department, Stanton has plenty to consider beyond the football Xs and Os.

“What’s our locker room going to look like? What’s our training room going to look like? What’s our meeting rooms going to look like? How are we going to make sure that we’re sanitizing and cleaning afterwards and that we’re making sure that we’re doing things right as far as all the things around the facility? Once you get on the field, it’s going to be very, very difficult to say we’re going to stay apart. It’s just not going to happen that way,” he said. “But we’re going to try to do everything we can and do it in short periods and short bursts and take care of each other and have masks on when we’re in walk-throughs and in the weight room and in the meeting room and just really try to take care of each other and take it day by day.”

Though there will surely be challenges, just having the opportunity to practice and potentially play has Stanton and his players excited for the fall. Like most teams, the Blue Hawks were more-or-less shut down from March until June. They didn’t get in their normal offseason workouts, and Stanton didn’t get in his usual coaching travels.

But most of the players were able to get back on campus in July and have indicated to their coach they’re ready to go when practices are permitted to start. The NAIA presented Aug. 15 as the first available start date for fall sports teams. The governing body has also outlined return-to-play guidelines for schools and conferences deciding to play games this fall even though the fall sports championships have been moved to the spring.

Once they take the field, Dickinson State will again have high expectations. The Blue Hawks were 8-3 last season and won the NSAA conference title for the fifth consecutive time. They return a solid nucleus of talent, including record-setting receiver Tyger Frye from Billings Senior. Frye, who will be a senior captain this fall, had a magnificent first-team all-conference season in 2019, setting DSU’s records for receptions in a single game (16) and season (72). His 166 career catches are already a program record, too, while his 1,923 career receiving yards rank third and his 20 career touchdown catches are fourth.

The Blue Hawks’ offense will be anchored by an experienced line that will feature senior captain Matt Dey from Sidney and Blade Miller from Billings West. Miller was a first-team all-conference selection last year as a sophomore.

“Most (of the wide receivers from 2019) return and most of our offensive line returns,” Stanton said. “We return four, we think, solid running backs. You look at Riley Linder from Scobey and Alec Lovegren from Sidney, there’s two guys there that have been right in the middle of the mix. Quarterback’s going to be the question mark. We lost our all-time leading passer (Hayden Gibson), and we have Drew Boedecker from Sheridan (Wyo.) and Aaron White from Shelby vying for that right now.”

Defensively, Paxton Miller, a senior linebacker from Savage and two-time NAIA scholar-athlete, was named a team captain. He’ll be joined by a “good linebacking corps,” according to Stanton, who also said most of the defensive line returns, too. The secondary, which featured NAIA all-American Derick VandeBossche last season and all-Americans Jay Liggins and Cain Boschee in 2018, will need to retool.

“For the most part, our thing is to try to go compete for another conference championship,” Stanton said, “and we’re going to try to do all we can to do that.”