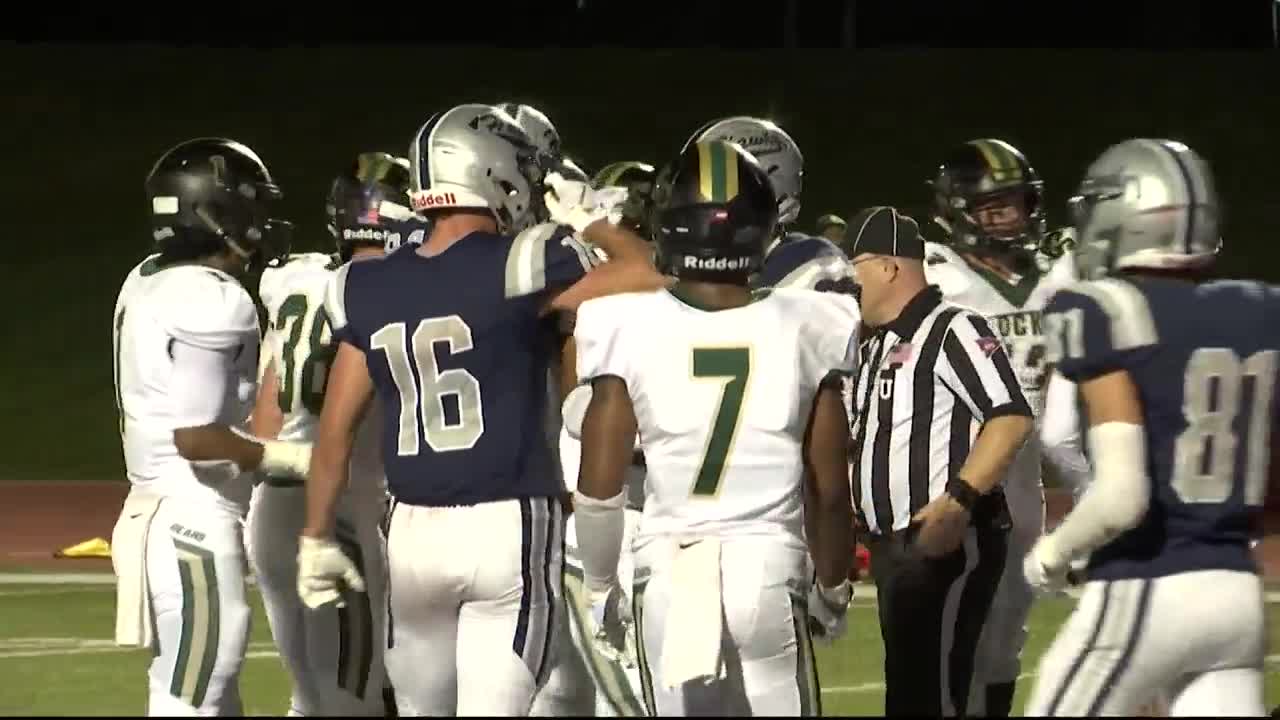 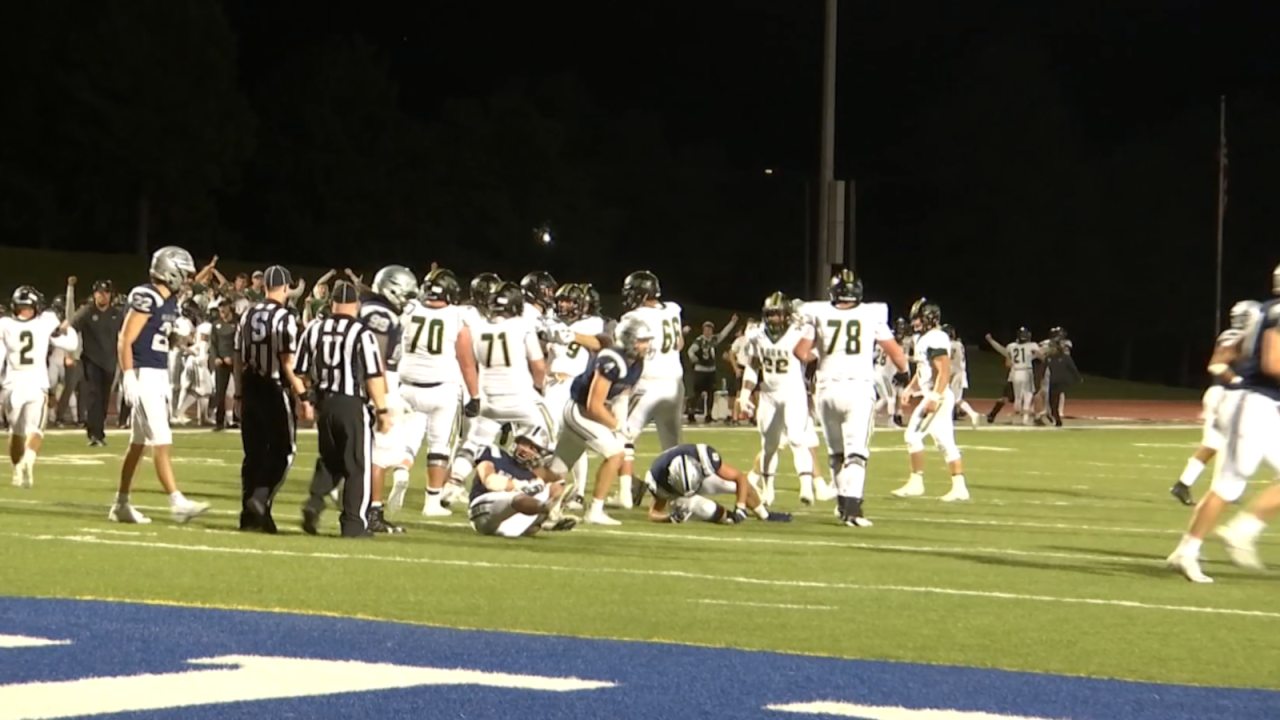 DICKINSON, N.D. -- No. 23 Rocky Mountain College trailed No. 9 Dickinson State with less than a minute to play when the Battlin' Bears sent out freshman kicker Wyatt Brusven to attempt the game-winning field goal. Brusven had missed once earlier in the game, but he had ice in his veins, drilling the 24-yard attempt with 38 seconds to play and lifting Rocky to a 23-21 win over the Blue Hawks on Thursday night.

"It's all the same. It's the same thing that we practice in the offseason over and over and over and just going up there and doing it when all the pressure is on the line," Brusven said. "Just stay with it. I missed that one pretty bad, it was not the greatest. Then just rebound, get that out of my head and get the next one."

"(Brusven) won the job this fall. He's just been really consistent," Rocky Mountain Colege head coach Chris Stutzreim said. "Sure, he missed the one in the first half, but just so proud of him and the confidence he brings to the table."

After the first possession of the second half, it looked like Rocky could be running away from Dickinson State. Nathan Dick, who made his first career start on Thursday night, threw his second touchdown pass of the game just 4:13 into the third quarter. Dick escaped the pocket before floating a ball over the defense's head and into the waiting hands of Josh Kraft. That pushed Rocky's lead to 17-0.

"I was a little nervous. I haven't started a game in three years," Dick said. "A little bit of jitters, some throws I wish I could have back, but at the end of the day that's always going to be there. There's always things that I'm going to need to work on to better my game and stuff like that."

But Dickinson State would quickly respond. Blue Hawks quarterback Hayden Gibson found freshman Alec Lovegren leaking out of the backfield and Lovegren went untouched from 42 yards to cut the deficit to 17-7. Brusven's second field goal of the game pushed Rocky's lead back to 20-7 entering the fourth quarter.

Dickinson State then turned to the ground game to move the ball. Amad Andrews Jr. kept churning out yards throughout the drive, culminating in a 2-yard score to trim the Rocky lead to 20-14. Andrews would finish with 121 yards and a touchdown on 26 carries.

The Blue Hawks got the ball back after the defense stood tall, and the offense went back to work. Again Andrews Jr. picked up chunk yards on the ground setting Dickinson State up with a goal-to-go situation. Rocky stuffed back-to-back runs by Dickinson State, but a play-action pass on third down from the 1-yard line led to a touchdown reception for Jaret Lee, giving Dickinson State a 21-20 lead with 5:53 to play. Rocky had a quick three-and-out, but a 51-yard punt by Dick pinned the Blue Hawks inside their own 10-yard line.

After forcing a three-and-out of its own, Rocky got the ball back with just less than four minutes remaining. A pair of big scrambles by Dick set Rocky up inside the Dickinson State 15-yard line with 1:14 to go. Dickinson State was forced to burn all three timeouts leading up to Brusven's field goal.

"I just believe you've got to go 100 percent on every play," Dick said. "Offensive line, the receivers, all those guys are going 100 percent all the time, so I just feel like I need to give it 100 percent effort every single play, whether that's with my feet, with my arm, whatever I can do to help this team win."

As Brusven trotted onto the field for the game-winning attempt, he calmly told his teammates he was going to make the kick. That left no doubt of the outcome in Dick's mind.

"I knew he was going to make it when he came up to me and said, 'I'm going to make this,'" Dick said. "You don't see that out of freshmen. Most freshmen would come out and be scared, but he said, 'No, I got this.' I said, 'Hell yeah, let's go win this sucker.'"

Dickinson State still had 38 seconds to move the ball down the field after Brusven's field goal, but Gibson was intercepted by Jimmy Henderson to seal Rocky's win.

Both teams are back in action next weekend. Rocky will host MSU-Northern on Sept. 7. Dickinson State will visit the University of Jamestown on Sept. 7.