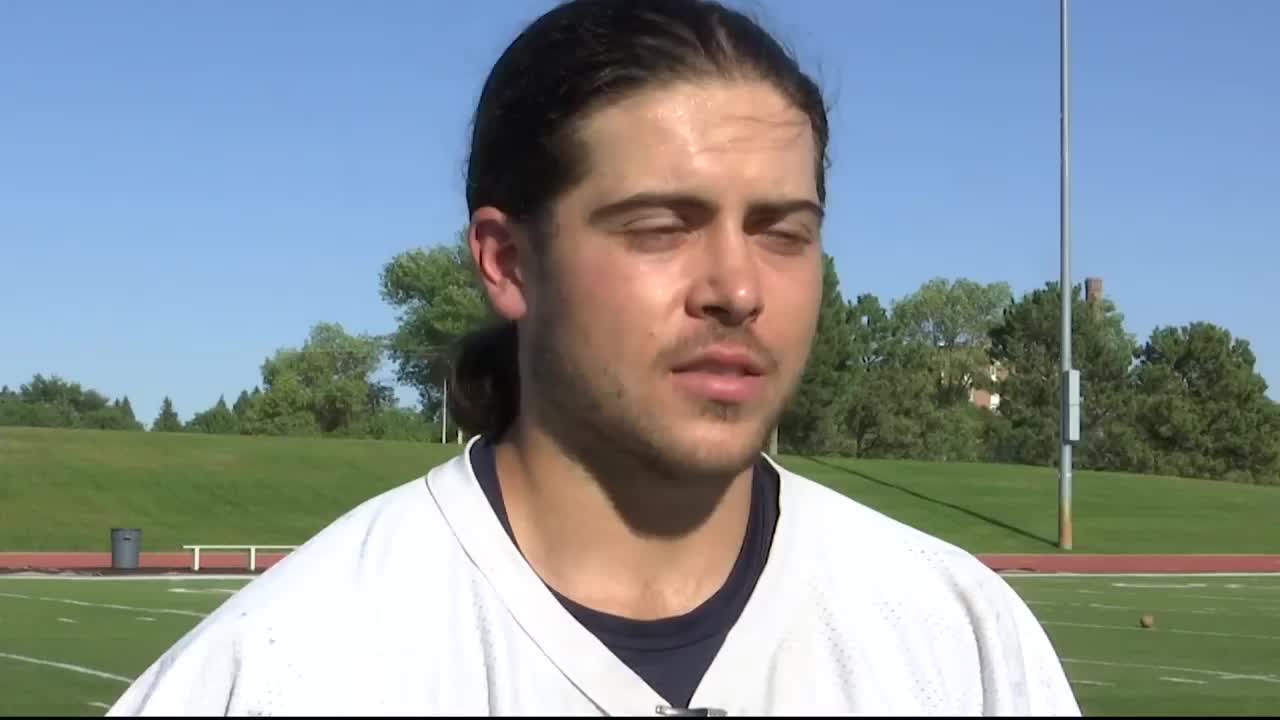 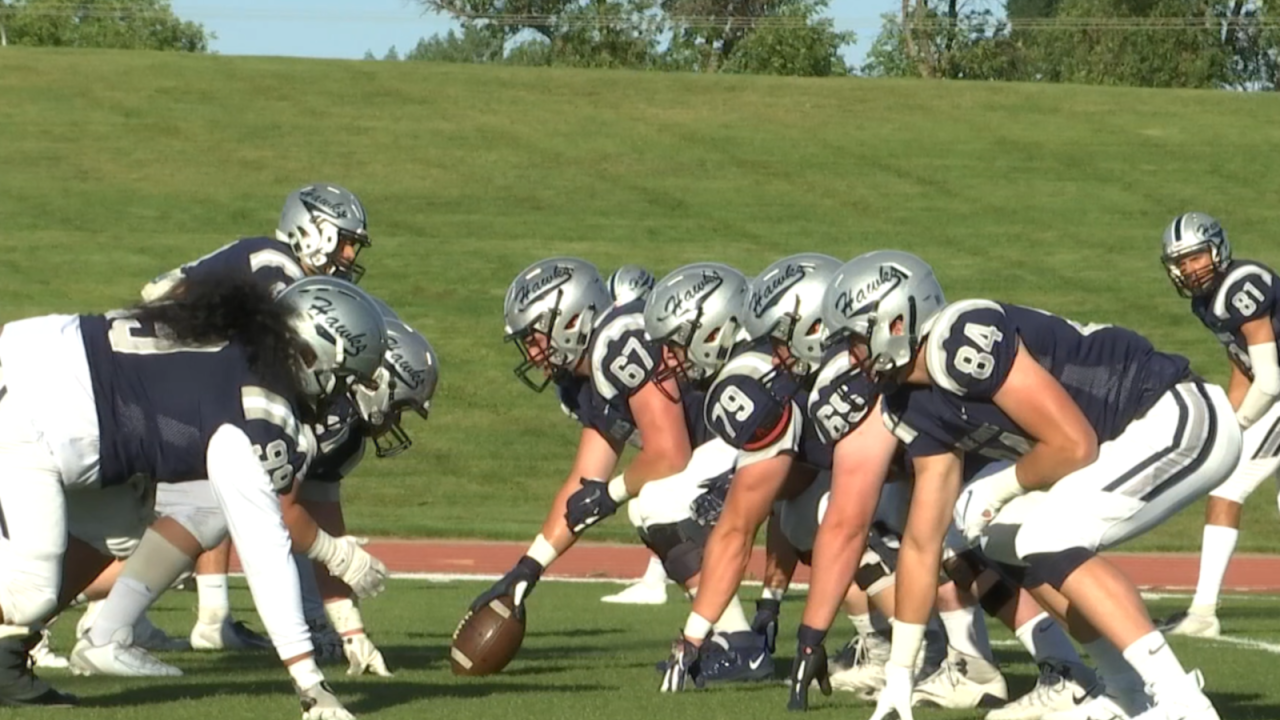 DICKINSON, N.D. -- Dickinson State University's football team is flooded with Montana guys. Twenty-six Montanans suited up for the Blue Hawks in their season opener against Rocky Mountain College last week. How is head coach Pete Stanton, a native of Baker, able to bring so many recruits across the border?

“He really gets to know his players a lot. It definitely seems like he wants to know who you are before he wants to know how good you can do on the football field," Dickinson State wide receiver and Billings Senior graduate Tyger Frye said. "That, also, he preached a lot about academics and a diploma is the first thing they want to get you here. That’s what brought me here.”

“I think it’s just the want. He’s just going after it. Dickinson’s program has been successful the last few years and they see that and they just want to be part of an on-and-off successful football program,” Savage graduate and Dickinson State linebacker Paxton Miller said.

Montana kids have been pivotal in the success of Dickinson State under Stanton and make up several of the skill-position spots for the Blue Hawks this year. Those Montanans have an attitude and toughness about them that rubs off on their teammates.

“I think some mean guys come out of Montana," said Corbin Wood, an Ennis graduate and current Dickinson State kick returner. "Good, mean football players do. I mean, I think they see that, so they recruit a lot of Montana kids.”

“When you come to Montana you’re going to play in the snow all the time, just like here. That’s a huge thing for us. We call everything Hawk weather. No matter what weather it is we’re going to be fine in it," Frye said. "I think we get a lot of kids from (California) that in September they're cold. We’re teasing them all the time, 'You know, you can’t be cold yet. December is going to be a lot colder.'"

“Just all the guys on our team bring toughness, so just again it goes back to coach Stanton’s recruiting process." Miller said. "He recruits the right guys and brings them together and it’s just one big family.”

A handful of the guys Stanton brings in come from the 6- and 8-Man ranks. But as they put it, football is football, and the adjustment period for those guys was short-lived.

“It takes a while just as far as the different schemes and the things that they have to understand, but one of the things that plays into their advantage is a 6-Man guy, he has to be able to tackle people and he’s done that before," Stanton said. "We always point that out to some of our 11-man players and say, ‘This guy had to go out and make a lot of plays. He didn’t get to come out of the game. He was on the kick team and he also had to go tackle people.' We know with those 6-Man players that we’ve had from Montana and the 8-Man players that we’ve had from Montana and all the guys, not just how well-coached they are, but they come in here and adapt very well.”

The matchups with Frontier Conference teams in Montana have continued, though, and give the Montanans on Dickinson's roster added motivation. The Blue Hawks, however, are just 2-8 against the Frontier Conference since the beginning of the 2014 season.

"I think in the back of everybody's mind you want to beat those teams. You're from there," Frye said. "You've got to beat everybody, especially in college football. You can't drop more than one or two if you want to be in the hunt, so every game is important."