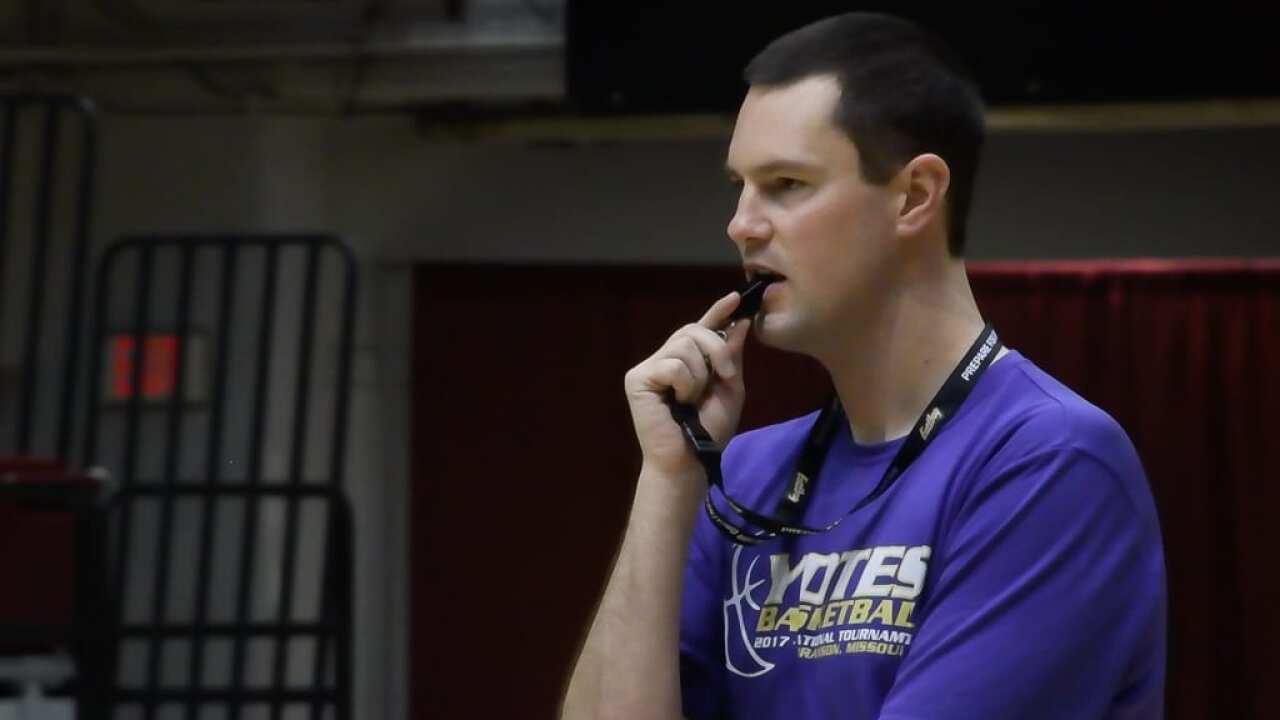 Colby Blaine, who played and coached at Montana Western, is in his first season leading the College of Idaho men’s basketball program. (MTN Sports photo)

BOSTON, Mass. – College of Idaho men's basketball coach Colby Blaine, a former Montana Western player and assistant coach, was named the NAIA coach of the year by HoopDirt.com on Wednesday.

HoopDirt.com is the largest website in the country dedicated specifically to college basketball coaching news, jobs and rumors at all levels. It is the fifth year that the website has honored a coach of the year at the NAIA level – comprising both the Division I and Division II.

The NAIA previously named Blaine its Division II men's basketball coach of the year after he guided C of I to a 20-0 Cascade Collegiate Conference record and a 31-3 overall mark. The Yotes, who were on a 24-game win streak after winning their third consecutive CCC tournament, entered the NAIA DII national tournament as the No. 1 team in the nation. C of I won its first game of the NAIA national tournament before it was canceled due to the coronavirus pandemic.

The Yotes led the NAIA in defensive field goal percentage, .392, which was the best the program had seen since 1963.

Blaine, a 2009 graduate of Montana Western, has amassed a 62-9 overall record in two seasons as head coach. The Yotes will take a program-record 25-game win streak into the 2020-21 season.

In April 2018, Blaine was one of three announced coaching finalists for Western after Steve Keller left for the University of Providence, but Blaine was named College of Idaho's 16th men's basketball coach after spending the previous two seasons as the Yotes' associate head coach.