Second wrestler of the week award for Mulhill 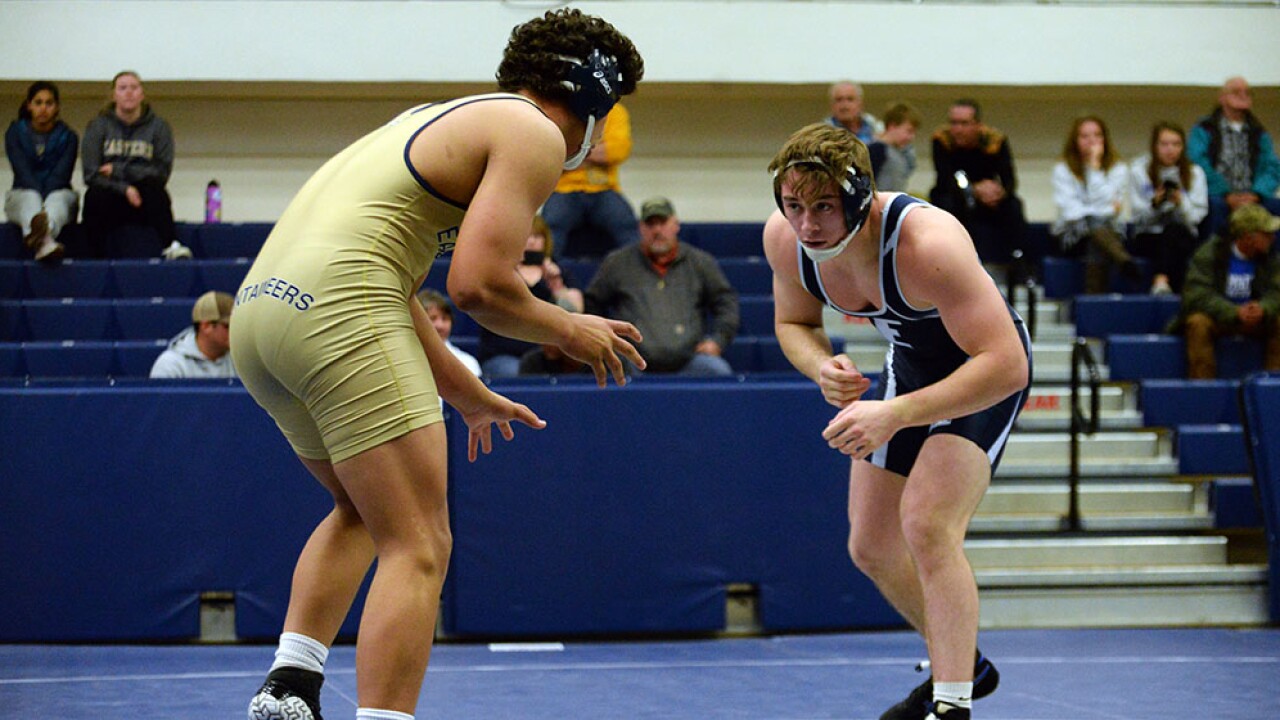 It was the second wrestler of the week honor for Mulhill this season.

The former Bozeman High standout is ranked No. 12 in the NAIA's 174-pound weight class, and capped a perfect weekend in duals for the Mountaineers. Eastern Oregon defeated league rival and No. 12-ranked Embry-Riddle 25-18, before earning wins over Pacific University (58-0) and Warner Pacific (34-20) while competing in Portland.

Mulhill won each of his matches by fall, pinning Embry-Riddle's Stone Aguirre at the 2:04 mark, and taking Warner Pacific's Colby Winnett at 3:08. Mulhill received a victory by forfeit in the dual against Pacific.

Mulhill and EOU are back on the mats Friday, Jan. 31 for a dual against Clackamas C.C. The Mountaineers host the University of Providence on Saturday, Feb. 1 before hosting the Mountaineer Open the following day. The Cascade Collegiate Conference championships will be held Feb. 21-22 in Atherton, Calif.