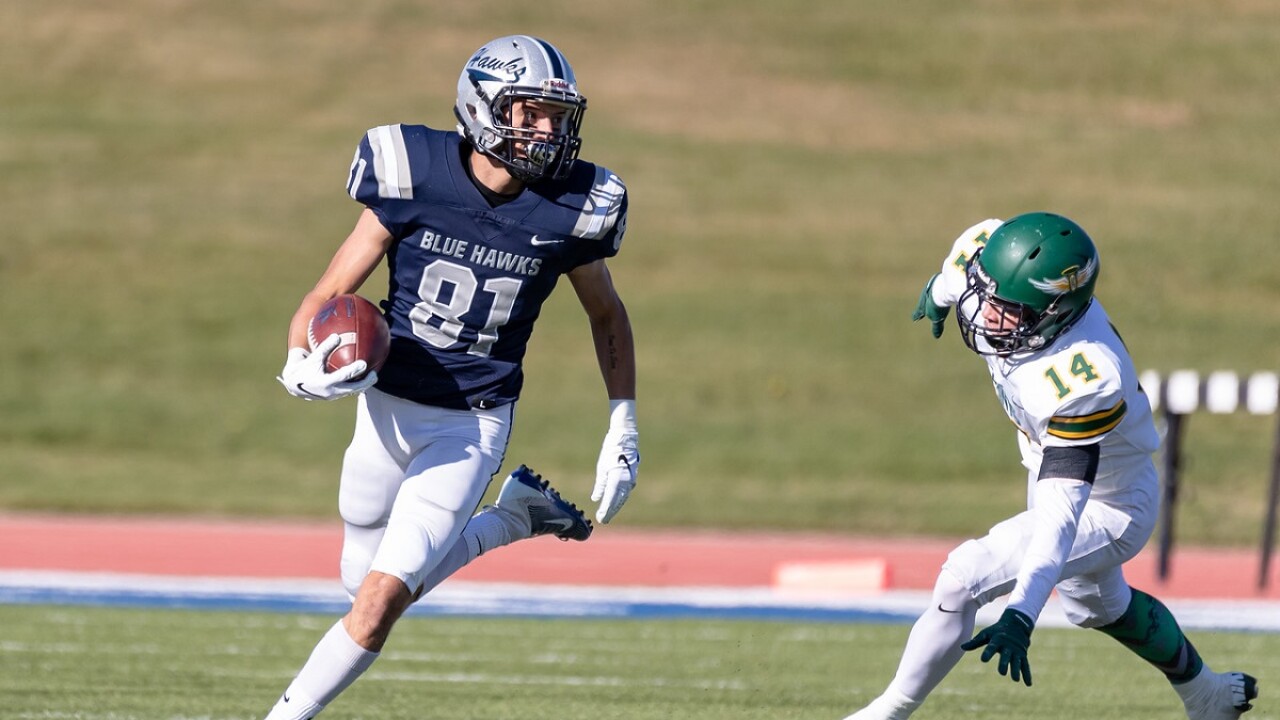 That doesn’t mean he agrees with any talk that he’s not big enough or fast enough.

“Me and my dad talked about it all the time, because that used to really bother me. I used to think people thought I wasn’t fast enough, wasn’t big enough, whatever, and that’s kind of just the chip on the shoulder I had going into college, too, maybe not getting the attention that I thought I maybe could’ve or should’ve,” said the 5-foot-11, 170-pound Frye, a 2016 graduate of Billings Senior High School. “But I’ve never felt like that personally. I’ve always felt like, maybe sometimes I don’t look as fast as I am, but I think when it comes down to it, I think I hold up with everybody. I feel like, while I’m playing and when I’m running around with those guys, I feel like I can run right past a guy sometimes, too. I’ve never really felt like on the field I had to overcompensate or anything like that.”

Whether it was because of the chip on his shoulder, his athletic traits or his high football IQ, Frye has had one of the most prolific receiving careers in Dickinson State history, and he might have saved his best for last. In his final regular-season game for the Blue Hawks, Frye totaled 10 catches for 172 yards and three touchdowns in a 52-34 win over Presentation College to help DSU put the finishing touches on a 9-0 season in the North Star Athletic Association. Frye was named the NSAA offensive player of the week for his efforts.

“What a way to finish the year this fall with a performance like that. He was exceptional all year, but particularly in this game I think he really just got away a couple times, found some seams and made some big plays — not only some big plays, but some really tough catches,” said Dickinson State head coach Pete Stanton. “I think that’s really been a testament to him his whole career, is being able to just catch the ball in traffic and catch the ball when it’s behind him, and he really made that happen this week.”

Stanton is one of those guys who doesn’t consider Frye a “cookie-cutter” receiver. Instead, Stanton credits Frye’s success to his IQ and understanding leverages and weaknesses in the defense.

Frye credits film study for some of that knowledge, but it goes back way further than that. He grew up around football and immediately gravitated toward the sport. Playing every day since he was younger has helped Frye naturally understand the game, giving him a feel of when to be where on the field. He comes by that intellect honestly, growing up with a football-loving dad.

Bret Frye — who picked his son’s name “out of a baby book,” according to Tyger — was an all-state quarterback at Senior High when the Broncs won the Class AA state football championship in 1979. He ultimately played college football at Rocky Mountain College and was a member of the 1984 team inducted into the school’s athletic Hall of Fame.

“The crazy thing was, we went to the same elementary, middle and high school,” said Tyger, who was an all-state receiver for the Broncs and finished his high school career with 104 receptions for 1,193 yards and 14 touchdowns. He also won a state wrestling title at 132 pounds his junior year in 2015.

“Just being around growing up the way I did with my dad and stuff, I had a football in my hands since I was 3,” Tyger added. “Watching football with my dad, he was a really good football player and stuff, so we were always out there in between NFL games, commercials, talking about football and stuff like that.”

Tyger caught his first career touchdown at Dickinson State in 2017 in a 43-28 win over his dad’s alma mater at Rocky Mountain College. That was just the beginning, though, as Frye entered his senior season in 2020 with a number of Dickinson State receiving records. He added another 54 catches for 659 yards and nine touchdowns this season, bringing his career totals to 220 catches, 2,761 yards and 29 touchdowns.

With their 9-0 fall and sixth consecutive NSAA conference championship, the Blue Hawks have clinched a spot in the NAIA national playoffs, which are scheduled to be played in the spring with the championship game slated for May 10, 2021. The NSAA was one of few college football conferences to play a fall schedule, as the coronavirus pandemic halted many schedules across the country.

“I’m going to remember just the resiliency and everything that we had to do and just the fact that we got to play,” Frye said about this fall. “I think we all knew it was going to be kind of far-fetched. I know a lot of players those first couple weeks were like, ‘You think we’re actually going to get to play another game or two? You think we’re going to get through the whole thing?’ I think I’ll just remember everything we had to do, all that extra stuff we did to get here and how well, I think at least, as an organization we did do it.”