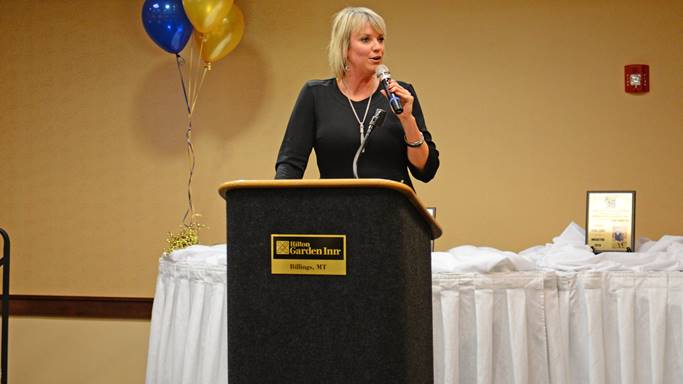 MSU Billings athletic director Krista Montague got the call nobody wanted last Saturday - two of her players had fallen ill on a road trip in the Pacific Northwest. 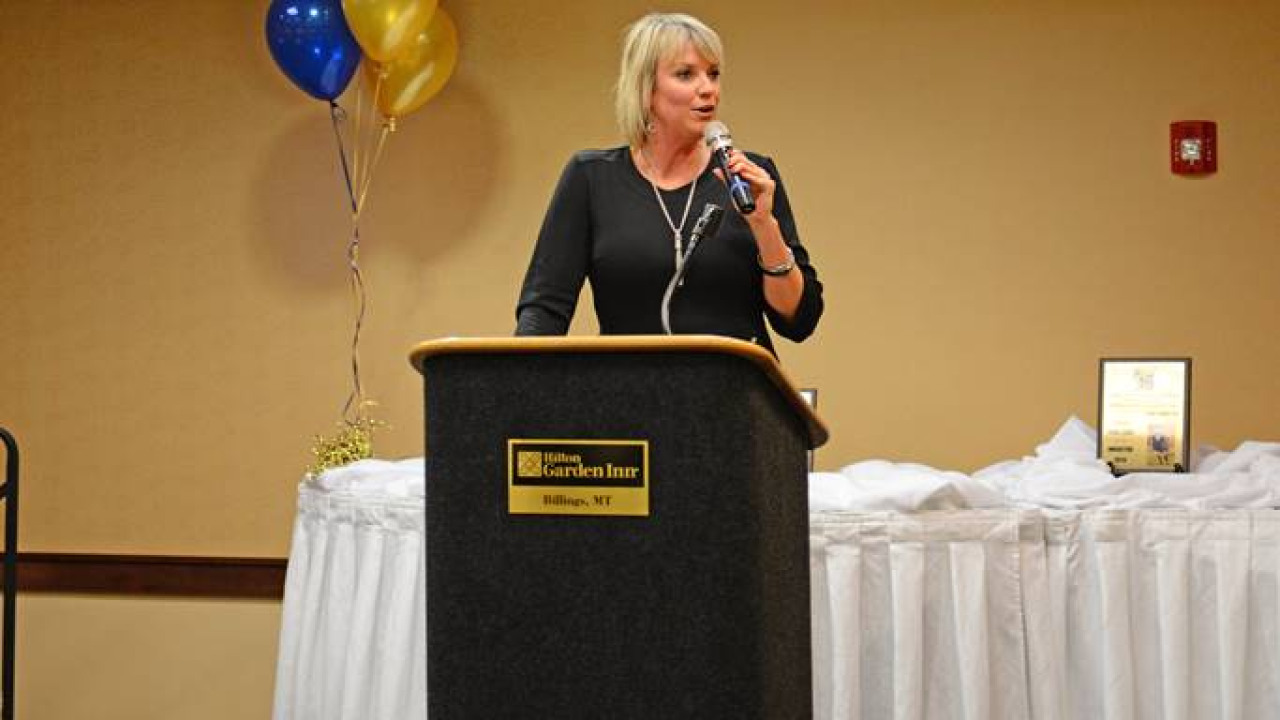 BILLINGS — MSU Billings athletic director Krista Montague got the call nobody wanted last Saturday: Two of her players had fallen ill on a road trip in the Pacific Northwest.

When Montague learned about the two student-athletes on the softball team, she and university officials went into immediate action, canceling the team's flight home from SeaTac Airport and chartering a bus to drive in isolation instead.

It was one of the first brushes with the novel coronavirus a Montana sports team has faced and maybe the last with almost every league canceling or suspending competition. MTN Sports sat down with Montague on Monday, March 16 to talk about the experience, as well as how it has affected her personally.

MTN Sports: Talk first of all about the softball team. Can you take me through when they were on their trip and exactly where they went?

Krista Montague: "Yeah, so they started their trip to Simon Fraser, which is in Burnaby, British Columbia on March 6, I believe that was Friday. They started their trip there, played four games there on March 7 and 8 and then stayed in Canada for a few more days instead of coming home so they can drive down to Western Oregon -- Monmouth, Oregon -- to play their series there. So they got their four games at Simon Fraser. They flew into SeaTac and drove up to Burnaby and then drove their rental vans down to Monmouth, Oregon. So they didn't spend a lot of time in the Seattle area, but they did fly in to SeaTac, which we all know is kind of a hotbed right now for the COVID-19."

MTN Sports: Before they went, were there any rumblings with any of the schools about, you know, be careful coming through here, maybe don't come? Was that ever a concern?

Montague: "We have been communicating with our coaches and our student-athletes and all of our students on all the precautions to take as far as staying healthy, you know, washing your hands, keeping a distance from people if you're sick, stay home, all of those types of things. At the point before they started to travel, we weren't at that point where we were suspending or canceling any competitions. And as you know, this has unraveled so quickly. It's changing hour by hour that we've been evaluating everything, hour by hour essentially, and so at the time when they went on the trip, we gave them guidelines and precautions, but there was no suspension or cancellation at that time. Once they got to Western Oregon, the GNAC did decide to suspend competition. That was March 13. So we did play two games, but we weren't able to play the next day, the two other games we were supposed to play. At that point, some of our women on the team were feeling a little bit sick, like maybe they had a cold, and so we jumped on that right away and took precautions. And instead of having them fly back home, we chartered a bus for them -- just to keep them isolated from other people, keeping them out of the airport. We felt like that was the best thing to do for them and for our communities, and that was also directed or guidelines by RiverStone Health. We've been working conjunction with them on all of these decisions and recommendations."

MTN Sports: So they charter the bus, I assume it took them most of the day and night to drive.

Montague: "About 14 hours, I think, and, given stops, they had to change bus drivers, so it was probably actually longer than that. I believe they were arrived home about 5 a.m. on Sunday morning. And at that point, our director of our student health services met with them, talk to them about the self quarantine -- that's a voluntary quarantine -- and explained to them why we would, why we encourage that and why our local health officials encourage that. So at that point they did go into a self quarantine. Eight of those women are in the residence halls, so they were moved to a floor in the residence halls that don't have any other students on that floor just to protect those students, as well. We've been overly cautious on this and we know that, but we think that that's been important given how fast this is spreading and just how quickly things are changing."

MTN Sports: The students who were feeling sick, have they been tested for anything in particular, specifically COVID-19?

Montague: "Two of the women have been tested for influenza and also COVID-19, and our understanding is we won't have those results until later this week. So that's another reason why we encourage the self quarantine until we get those results back. With that said, they obviously they don't have to stay here. If their families choose to bring them home, then they can do that. But we will be advising them to take all the precautions necessary not to potentially expose other people and just to keep themselves healthy, too."

MTN Sports: And so I also saw that you guys are putting into place meal deliveries and things like that. Can you talk about everything that has kind of gone into separating them in a little bit?

Montague: "They've been there since yesterday (March 15) basically. Sodexo, who's our campus food provider, has been taking them meals. They all filled out a form on preferences, if they had any allergies or anything like that. Starting yesterday (March 15), they've been delivered meals and snacks. I actually went this morning. I helped deliver their breakfast so I could talk to him. I think they're in good spirits. It's confusing and it's a little bit disheartening and frustrating and we understand that, but we're just trying to educate them the best we can, and that it's bigger than even just ourselves -- that we're really trying to have a social responsibility on this as well being overcautious. But so yeah, they're good. They have plenty of food and they have a TV up there and games and things like that. We're in constant contact with them, as our coaches are, too, to see how they're doing and if they need anything."

MTN Sports: And you guys as a university are online-only?

Montague: "We start as of noon today (March 16). We're moving to online only. Originally it was going to be March 23, but we've decided to go online-only as of today. Our rec centers going to be closing as of 2 p.m. today as well through April 15, just taking some precautions on those areas that have a tendency for large groups to gather. We just want to do everything we can to prevent this from spreading. Hopefully we're doing the right thing. We believe we're doing the right thing, and we're really proud. We have so many staff and faculty that's been working really hard to make sure our students and staff and coaches and everybody are being well taken care of."

MTN Sports: You yourself had a big NCAA athletic director's summit coming up?

Montague: "So actually I'm on the national committee for Division II women's basketball, and part of our duty is to go to the Elite Eight in Birmingham, Alabama and help run that tournament, and that has been canceled unfortunately. We're the group that basically decides on the bids for the national tournament for the Division II, and so that is just always a fun event and, you know, heartbreaking for those student-athletes that work so hard to get there. A lot of our basketball teams around the country finished their season, but as you know, so many at all levels were just getting ready to go compete for a championship, and my heart definitely goes out to those students and coaches. But at the same time, it's a game, and I think it's, this is bigger than that and we're doing the right thing to protect our country and the people that live here."

MTN Sports: You have kids, as well, obviously Shayla here and then your youngest in high school who now is home for the next couple of weeks. What's the home life?

Montague: "Yeah, we're still figuring that out, too. My husband teaches at Skyview (High School) and of course my younger daughter's a junior there and Shayla's here at MSUB. She'll be moving home. She lives here in the residence halls, but she'll be moving home with us now, and I think we'll take that day by day, too. I do think one thing about this is we can step back and spend some time with our families and maybe recharge a little bit and remember what's important and just take it day by day and do the best we can."

MTN Sports: One thing we talked about was the idea of an extra year of eligibility for, is it just the spring sports athletes, I assume?

Montague: "Correct. So the NCAA has come out with an announcement that our spring sport athletes who are affected by the coronavirus ascent, I mean essentially they're losing this season of competition due to the coronavirus, will be able to apply for an extra season of eligibility. So we foresee many of our athletes doing that. I'm sure some might not. You know, we have a lot of seniors who are graduating and ready to move on. So that'll probably be what we'll spend a lot of our time on in the coming weeks is trying to help those students figure out what they want to do and what we need to do to apply to get their season back. But it's just spring sports."

MTN Sports: And do you know, does that apply to baseball and softball who have already played 20 games?

Montague: "Yep. It's baseball, softball, outdoor track and field, and golf would be in that, as well."