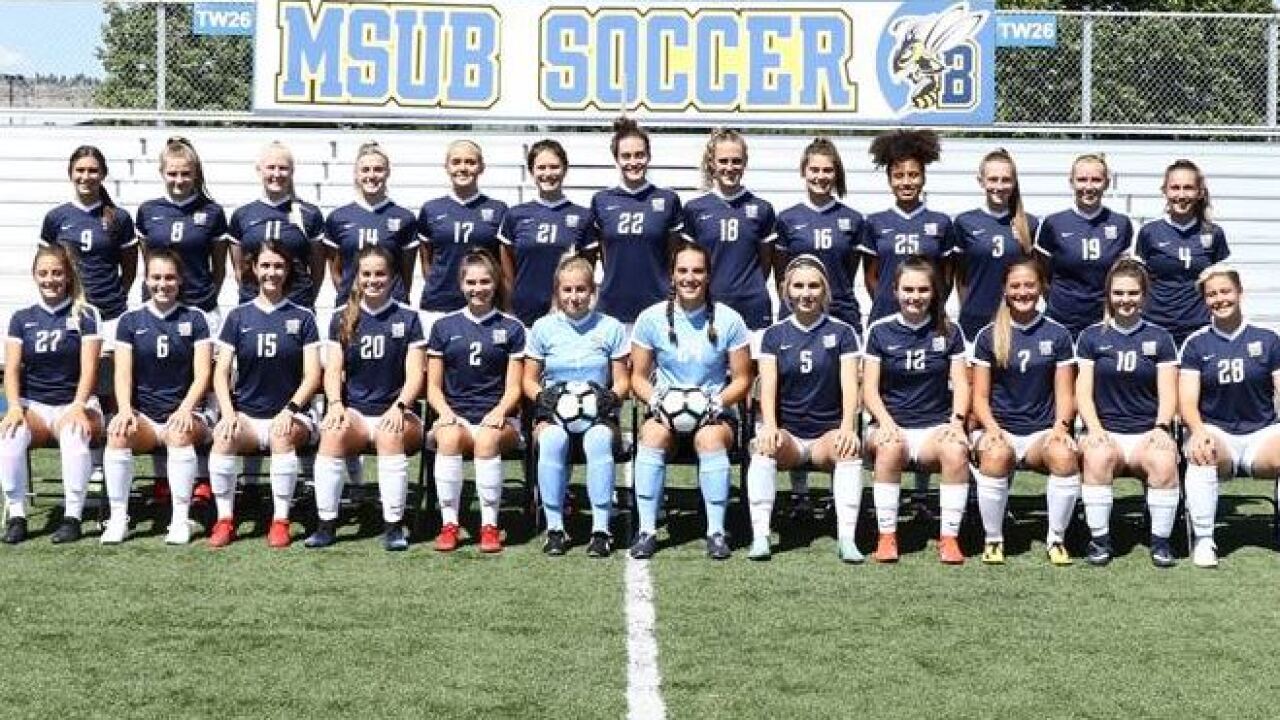 BILLINGS – A talented cast of fourth-year seniors will anchor the 2019 Montana State University Billings women’s soccer team, which gets its regular season underway this week.

MSUB opens the fall on Sept. 7 with a match at Westminster College in Salt Lake City, Utah, before playing Cal State Dominguez Hills two days later at the same location.

“I think those early games against Westminster and Cal State Dominguez Hills are really going to help prepare us for the GNAC schedule,” commented head coach Stephen Cavallo. “Westminster was an NCAA tournament team last year so to play against them right off the bat will be a tough test for us. Dominguez Hills is in a very tough CCAA conference so I’m excited to play them as well. I think the first road trip is a chance to build toward that first conference game and we know they will test our ability to keep up with the intensity and speed of play that we will be facing in the GNAC.”

The Yellowjackets’ home opener is set for Sept. 12-14, with the Sixth Annual Rimrock Classic in Memory of Trevor Wildberger presented by Granite Health and Fitness. MSUB will have a rematch against preseason opponent Carroll College on Sept. 12, and will face the University of Mary on Sept. 14 at Yellowjacket Field.

MSUB is coming off a difficult 4-12-1 season in 2018, and the team finished in ninth place in the Great Northwest Athletic Conference standings with a league record of 1-11.

“We’ve had great unity through two weeks of pre-season so far and I’ve seen a lot of growth in individual and team play,” Cavallo said. “We are still learning how to play with each other but it’s been exciting and encouraging to see some of our new players come in and make a difference right away. We also have a strong group of returning players that have been through several seasons in this conference and their experience has really shown well during the pre-season. Overall, we’re still building brick-by-brick but I think there is a good foundation for success this year.”

The ‘Jackets will look to a pack of savvy veteran seniors to improve upon last year’s season, all of which comprise the defensive and midfield core of the team. Amanda Hemmen, Kalin Sandow, Courteney Shovlin, and Erin Reynolds all return to the defensive unit, while Alexa Iacolucci and Claire Tevaseu are back in MSUB’s midfield.

“There’s just a calmness about the group this year,” Cavallo commented on the upper-classmen. “Having seven players who have been a part of building the positive, inclusive culture here for three years really helps and it’s been nice to see them step up and influence the program in many ways. They deserve to have a really great senior season and I’m excited to see what they can do this year.”

Shovlin covered the outside back role while playing in every game as well, and Reynolds saw time in all 17 games as an outside back. Fellow fourth-year player Rachel Lythgoe was sidelined with an injury in 2018, and could be a contributor defensively after her recovery.

Freshmen Kyla Boliek and Mikayla Campbell will have a chance to get into the mix on the back line right away, as each will make their collegiate debut this fall.

“Defense should be really solid for us,” Cavallo said. “Our defenders understand that in soccer, it’s most likely going to be low scoring and defense is critical to winning games. They’ve done a great job so far and they know what their expectations and roles are. We have our group of returners but also some new players that have come in and played minutes for us which is encouraging.”

Tevaseu and Iacolucci are the key fixtures in a deep midfield for MSUB, with the former leading the team with two goals and four assists in 2018. Iacolucci will look to stay healthy in 2019, after netting a pair of goals in an injury-shortened 11-game 2018 season.

Haylee Gunter had a promising debut season in the midfield last fall, seeing time in all 17 games and earning 11 starts as a true freshman. The ‘Jackets will also rely on Hallie Vervair, who saw time both as a midfielder and defender during her sophomore season last fall. Josie Corbin is back after playing in 15 matches as a freshman last season, and the ‘Jackets are optimistic about the return of Emily Gaines after she sustained a season-ending injury in the 2018 preseason.

Summer Miles will bring collegiate experience to the midfield, after playing a pair of seasons at Salt Lake Community College. The freshman trio of Kendall Lossner, Kiley Sandow, and Ally Gockley will factor into the midfield rotation throughout the fall as well.

“The midfield core is really exciting this year,” Cavallo said. “Haylee Gunter had a really strong freshman year and we believe she can be a top midfielder within the GNAC. Kendall Lossner and Kiley Sandow have also come in and added a lot as freshmen. Josie Corbin has made huge strides from her freshman year in confidence and ability. Then we still have Alexa and Claire who we know bring a high level to their position. Alexa is our ball-winner and distributor and Claire brings that creative piece as an attacking mid. Summer Miles has the ability to play both forward and center attacking mid and brings a dynamic as well.”

MSUB’s top goal scorer from a season ago is back, as sophomore Julia Keller will look to build on her three-goal performance in 2018. Billings native Lexie Bloyder, and Lindsey Meyer are the other returners to MSUB’s youthful attacking unit.

The ‘Jackets are welcoming some promising talent from the junior college ranks, in the form of Haley German from Paradise Valley Community College and Sahara Iverson of Southwestern Oregon Community College. Additionally, true freshman Addison Knick of Big Lake, Minnesota, will look to compete for minutes as well.

“We’ve added some pieces to our forward group with Haley German coming in,” said Cavallo. “Lexi and Lindsey returning as sophomores that have played on the wing have each made huge strides also. Jules returns for her second season of college soccer in America. Sahara Iverson is a junior college transfer and scored the opening goal for us against Providence so I feel we have a good mix of new players and returning at the forward position this year.”

Junior Erinn Harder started 11 matches last year, and racked up 38 saves while holding a 1.99 goals against average in her second season with the ‘Jackets. She and sophomore Abby Hamilton will handle the goalkeeping duties this season, as the ‘Jackets look to improve upon last year’s scoring ratio of 15 goals for and 37 against.

Both Erinn and Abby bring a lot to our team. Erinn has played for two years and as our starter and is very technically sound with good feet,” mentioned Cavallo. “Abby has made big improvements since her freshman year and is a great shot stopper for us. We feel like both are capable of winning games for us and it will be an exciting battle for the starting position this fall.”

All of MSUB’s home matches and select road games will feature live video streaming and live statistics, available through the MSUB Stretch Internet portal online here. The home opener for the Yellowjackets is Thursday, September 26 at 2 p.m. against Western Oregon University.

“I think that there are 12 GNAC games that we have a chance to prove ourselves in and our goal is to make the conference playoffs this year and be inside the top-four,” Cavallo said. “We believe that is a realistic and attainable goal for our team and it’s what we’ve been building toward over the past several years. We just need to look at the season as a whole and use these first five games before the GNAC to really prepare us. That way when we get into September and our GNAC home opener against Western Oregon, we will be ready to go.”