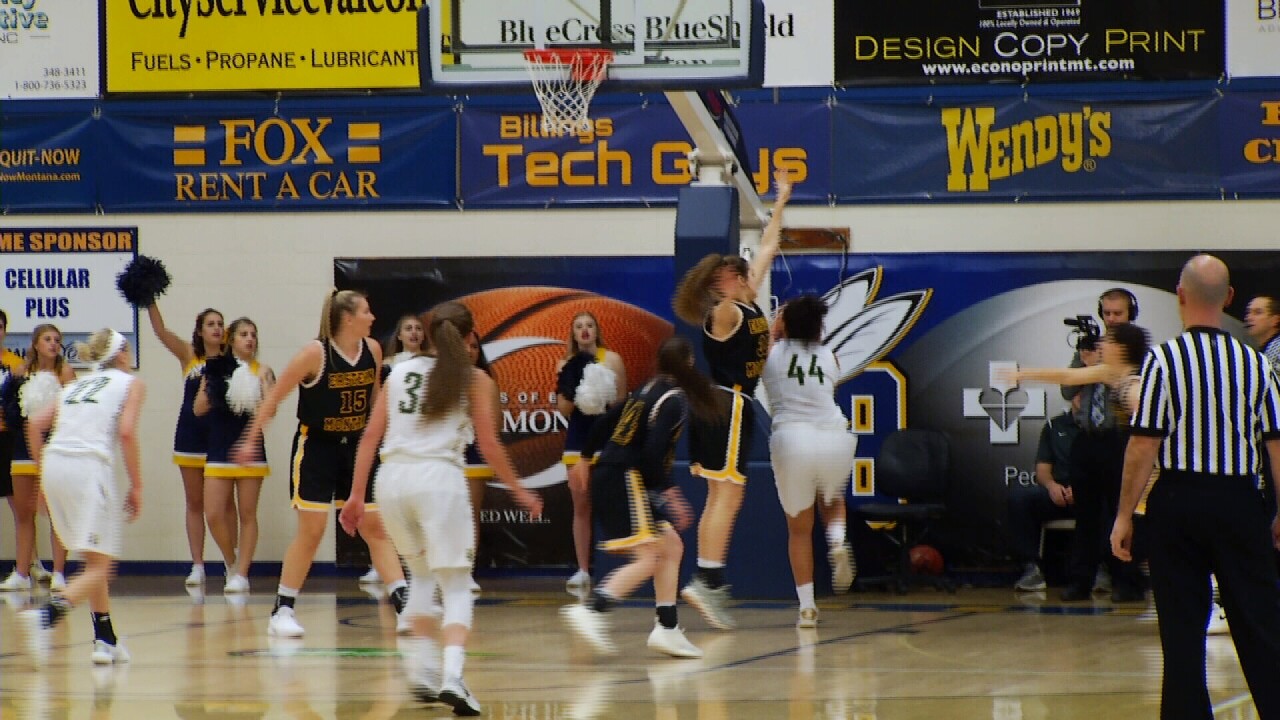 BILLINGS – Competing at First Interstate Arena in downtown Billings for the first time in over 15 years, the Montana State University Billings women’s basketball team takes a pause from the regular season for an exhibition contest against rival Rocky Mountain College Wednesday, Nov. 6 at 7 p.m. The Yellowjackets (0-3) are fresh off a trip the California, where they played three challenging opponents in the CCA Division II Tip-off Classic. MSUB’s opening two-week schedule features five games in nine days.

Sunday, the ‘Jackets played hard against the No. 1 ranked team in NCAA Division II Drury University and lost 78-55. Now MSUB has its chance to get to work in Billings with the matchup Wednesday followed by a second exhibition Saturday, November 9 against University of Providence at Alterowitz Gymnasium.

“Playing top competition right away showed us where we still have weaknesses,” commented head coach Kevin Woodin. “We know the areas we need to improve on. I felt the game against Drury was our most complete performance. We stayed right with them in the first half but we just did not make enough shots.”

Despite losses to University of Mary, Cal Poly Pomona, and Drury, the Yellowjackets showed glimpses of their full capabilities. Sophomore Taryn Shelley posted her sixth double-double with 29 points and 15 rebounds against the Broncos and shot 12-for-16. MSUB staged a late comeback against CPP to get within one possession late in the fourth quarter, but lost to the Broncos 67-65. The Yellowjackets have outscored their three opponents by a combined 54-43 in the fourth quarter.

“I think the biggest key to our success this year is going to be consistency,” said MSUB assistant coach Alisha Breen. “Rather than having a lot of peaks and valleys, we need everyone to be balanced in their level of play. We can’t win games with just one player having a great game. It takes a team. Taryn’s performance against Cal Poly Pomona was a good start. I was proud of how she competed in the post and she really took over the game.”

Junior Hannah Collins posted 17 points in the season opener against University of Mary and currently ranks second on the team with 10.3 points per game. Both Collins and Shelley were tabbed pre-season all-conference in a poll released by the league last week.

The Yellowjackets brought four returning starters back but have eight newcomers who have opportunities to make an impression. Freshman and Billings native Shayla Montague leads the team with six made 3-pointers on 17 attempts (.353). Montague put up 16 points and played a season high 29 minutes against Cal Poly Pomona with seven rebounds and one assist. Junior Jessica Harvey has seven points in her first three games since coming over from Chadron State. Harvey has averaged 10.7 minutes per game.

Woodin used the bench considerably in the first week and 15 players have seen the court so far. Jeanann Lemelin is averaging a team high 28.0 minutes per game with Cunningham (27.3 mpg), Emily St. John (27.0 mpg), and Collins (26.0 mpg) not far behind.

The Yellowjackets split a pair of contests last season with the Battlin’ Bears with each team winning away from home. On October 23, Rocky Mountain College was ranked No. 18 in the 2019 NAIA DI women’s basketball coaches’ preseason top-25 poll. The Battlin’ Bears returned several key starters such as second team all-conference forward Markaela Francis and the 2018-19 Frontier Conference freshman of the year, Kloie Thatcher. RMC is 2-1 with a loss to University of Calgary 76-44 and wins over Mount Royal University and Yellowstone Christian College.

RMC ranked seventh in NAIA in 3-point field goal defense (0.259) as well as field goal percentage (.444) last season. Last time against MSUB, Francis scored 16 points and nabbed seven rebounds and the Battlin’ Bears shot 51-percent from the field. Collins had 13 points and Shelley pulled down 11 rebounds in the loss.

“It’s always going to be a hard fought battle against our rivals,” Breen said. “NAIA teams start the season two weeks ahead of Division II which can play a factor early in the year. They have returned some key players including Markaela Francis, who will be matched up with Taryn Shelley. Thatcher played high school basketball with Emily St. John but there are also many new faces for Rocky. At this point in the season, we are concentrating more on ourselves than the opposition.”