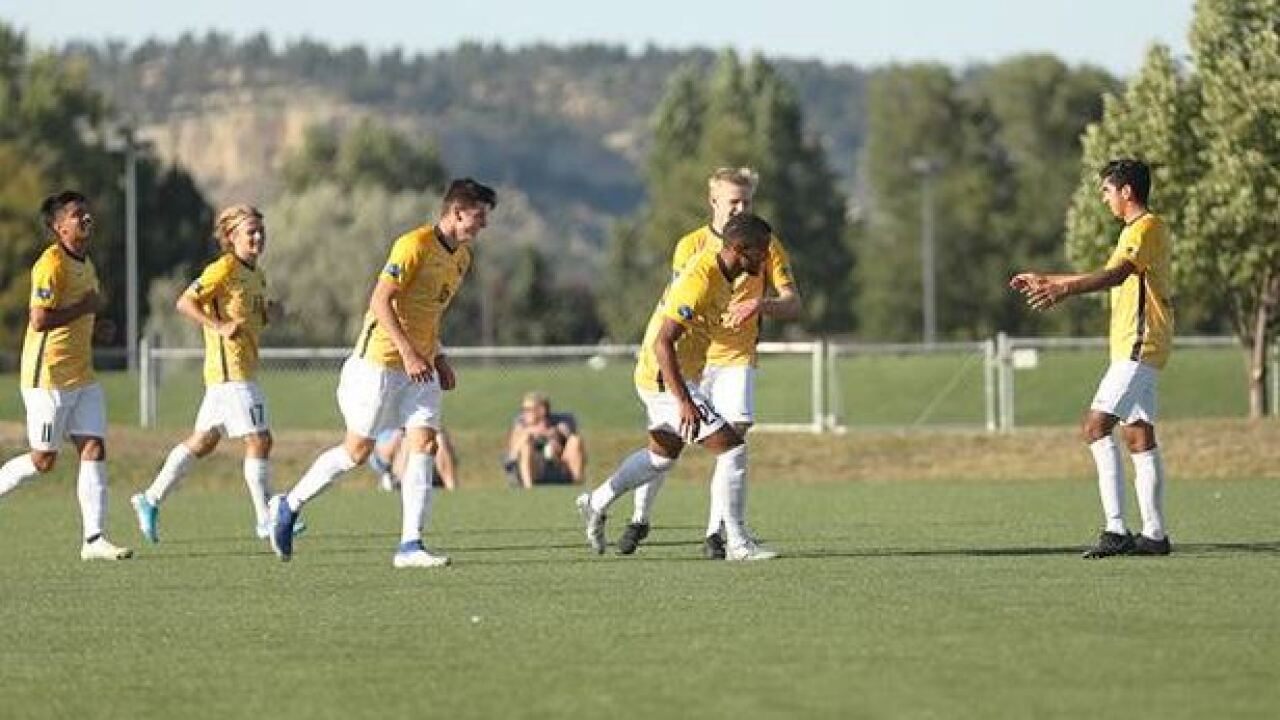 BILLINGS – The Great Northwest Athletic Conference named MSUB men's soccer its team of the week Monday after the Yellowjackets swept road games at Saint Martin’s University Thursday and Seattle Pacific University Saturday to move to the top of the conference standings.

MSU Billings (6-4-1, 3-1-0) defeated the Saints 5-1 at SMU Soccer Field. Andres Perez and Christian Thode had multi-goal games and Perez added an assist for his career best offensive night. Goalkeeper Jessy Martin made five saves to hold SMU to a single goal and Samuele Folla contributed at defender to the win.

“It was important for us to start the game on the right foot by bringing a lot of intensity,” said head coach Thomas Chameraud about the win over Saint Martin’s. “We conceded a goal right away that could have set us back, but I was proud of the reaction our players had because they put it behind them, followed the game plan, created chances and capitalized on their opportunities.”

Shantik Bedrosian scored on a penalty kick to give MSUB a 1-0 win Saturday over Seattle Pacific. Bedrosian earned the chance after Perez was fouled inside the box after he broke free of his defender. On defense, Folla and Luca Battistotti limited the Falcons to one shot on goal in the entire 90-minutes. SPU also earned just one corner kick chance.

“Getting two wins on the road is obviously a good performance,” Chameraud said. “Now we are at home for three weeks and have a big game coming up on Saturday. We will have to prepare well to get a result.”

The Yellowjackets return home this week for a single game Saturday, October 19 at 3:30 p.m. against No. 23 Simon Fraser University at Yellowjacket Field. MSUB men’s soccer has won five of their last six games and has two road wins in the Great Northwest Athletic Conference this fall.