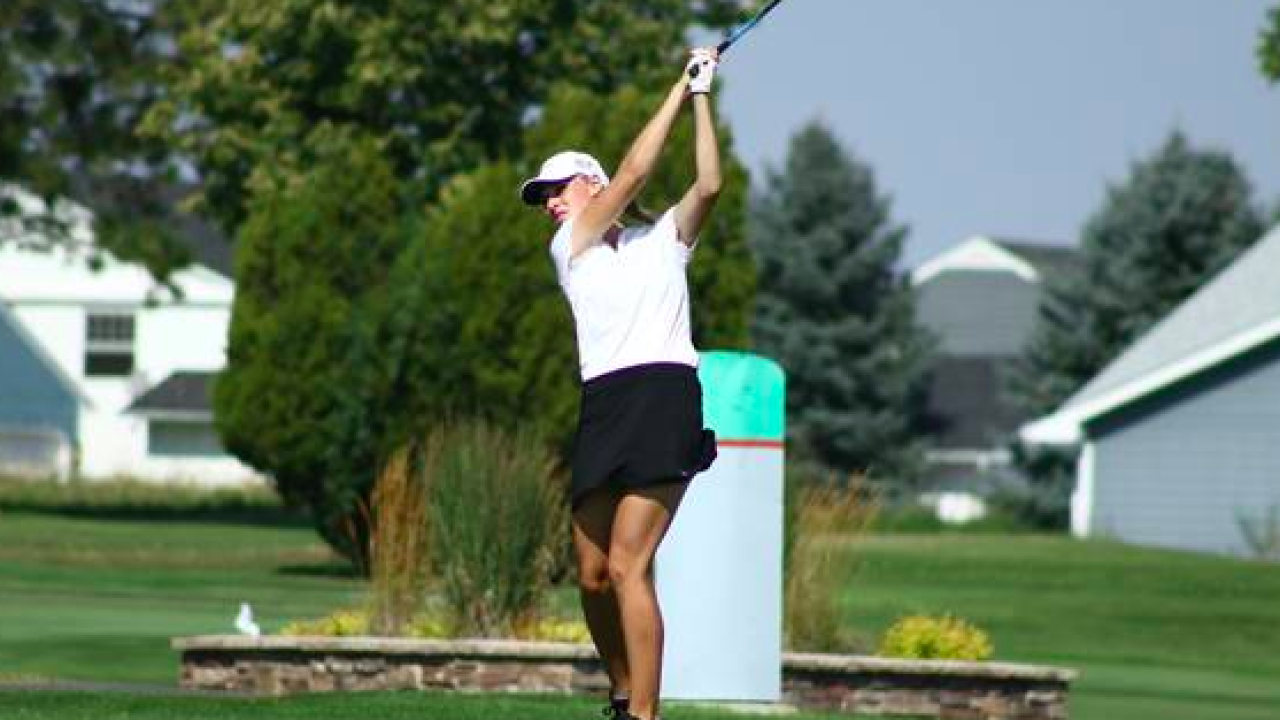 PORTLAND, Ore. – Tierney Messmer led a group of four Montana State University Billings women’s golfers to be named academic all-Great Northwest Athletic Conference in an announcement made by the league office Friday. Messmer was joined by teammates Kinsey Irvin, Sydney Rochford, and Jalen Wagner on the list. MSU Billings and Northwest Nazarene University topped the conference with four selections apiece and Messmer was one of six honorees in the GNAC with a 3.80 grade point average or better.

“I am extremely proud of the MSUB golf student-athletes that were selected for this honor,” said MSUB head golf coach Jeff Allen. “Academics is the most important part of our program and this group takes that very seriously. Being able to balance school and athletics is a challenge and these athletes do a great job of that. I am especially proud of these four women’s players. All the members of our team that were eligible for the honor were selected. It shows the quality students and people we have in this program and builds on the culture that we are creating.”

Messmer, a sophomore majoring in Health Administration holds a perfect 4.00 GPA. She competed in five rounds of golf during this year’s shortened season and held the lowest scoring average per event on the squad, which earned her women’s golf player of the year honors at the 2019-20 Buzzie Awards.

Rochford took in all-academic recognition for the second straight year as a junior. The Three Forks, Montana native competed in four meets and averaged 169 strokes per round in the fall. She marked a season best single round score of 82 at the RJGA Shootout at Estrella on September 24. Rochford is majoring in Business Administration: Management.

Irvin held a 3.32 GPA in Psychology this year as a sophomore to win academic all-conference in her first eligible season. She also competed in five team events and scored a season low 76 strokes in a single round on October 8 at the Concordia Invitational.

Billings native Jalen Wagner has a 3.78 GPA in Health Administration after her sophomore year. Wagner played two events and scored a two-round 188 at the Tim Tierney Pioneer Shootout on March 2-3.

The GNAC All-Academic Teams honor excellence in the classroom while committing to the rigor of being part of a collegiate athletic program. Nominees must be of sophomore eligibility or greater, have a minimum cumulative GPA of 3.20 or greater, be a letterwinner on their team and must be in their second season at the nominating institution.

The Yellowjacket golf teams are scheduled to compete again in the fall.