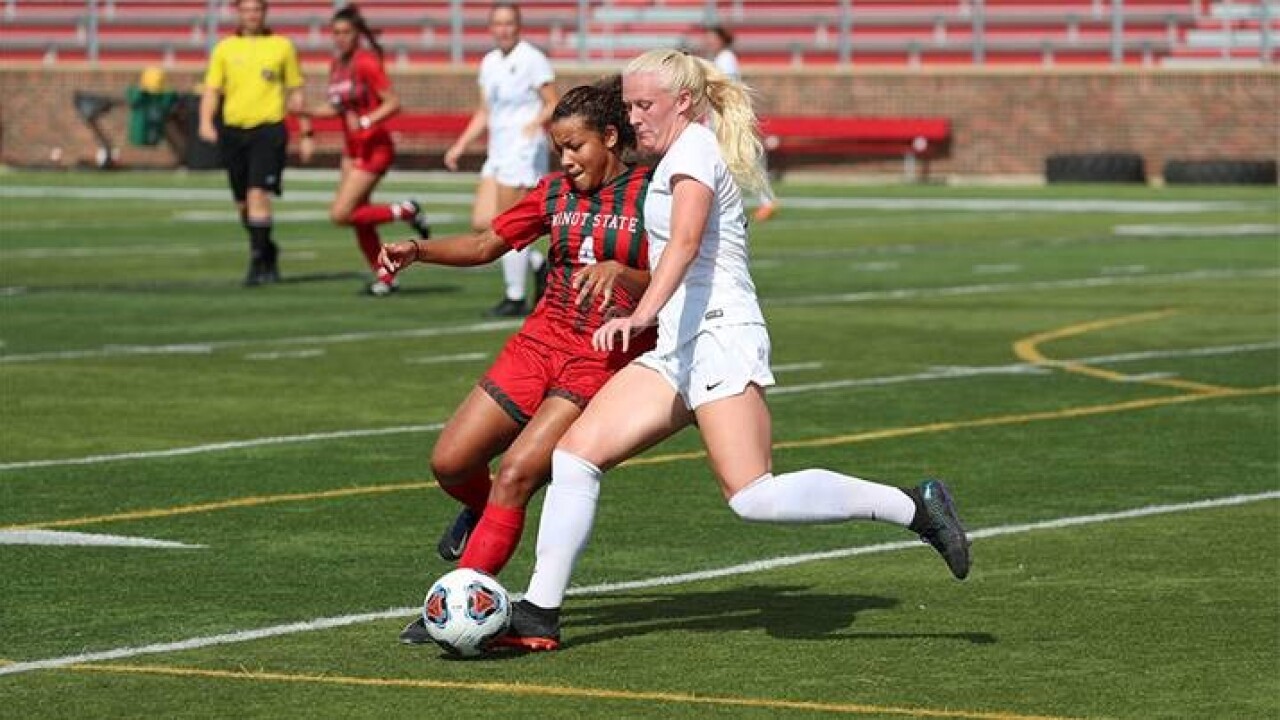 Bloyder gave MSU Billings a 1-0 lead on her second career goal three minutes into the second half. The Beavers earned a chance to knot the game at one but Melanie Van Walstjin sprayed her penalty kick opportunity wide right of the goal frame by two feet. In the 78th minute, Haylee Gunter found the back of the net after Alexa Iacolucci crossed a ball into the box, sealing the win for MSUB. Goalkeeper Erinn Harder made four saves to earn her third career shutout.

“Lexie scored on an amazing individual effort to start the second half on the right foot,” commented head coach Stephen Cavallo. “She has really elevated her game over the last 12 months and I’m super proud of her. We really dug deep in the second half and everyone contributed. Haylee Gunter scored the crucial goal off a corner to help see the result out.”

The Yellowjackets (1-2-2) rebounded from a 1-0 loss at home to University of Mary on Saturday and have played three games in five days. MSUB begins Great Northwest Athletic Conference play next Thursday, September 26 against Western Oregon University in Billings.

Minot State University (0-3-0) is still looking for its first win heading into Northern Sun Athletic Conference competition. The Beavers failed to capitalize on a handful of offensive opportunities. Daniela Fonseca, Sofia Lewis, and Melanie van Walstjin each had two shots and one shot on goal. Goalkeeper Erin Rafferty surrendered two but also made eight saves.

“We are excited to claim our first win of the season,” said Cavallo. “It was a total team effort as everyone contributed to the win. We are proud of the defensive effort to get a shutout.”

THE BUZZ: Lexie Bloyder was named St. Vincent Healthcare player of the game for MSUB after scoring her second career goal. Bloyder was the first to score since Haley German netted a goal against Cal State Dominguez Hills on September 9.