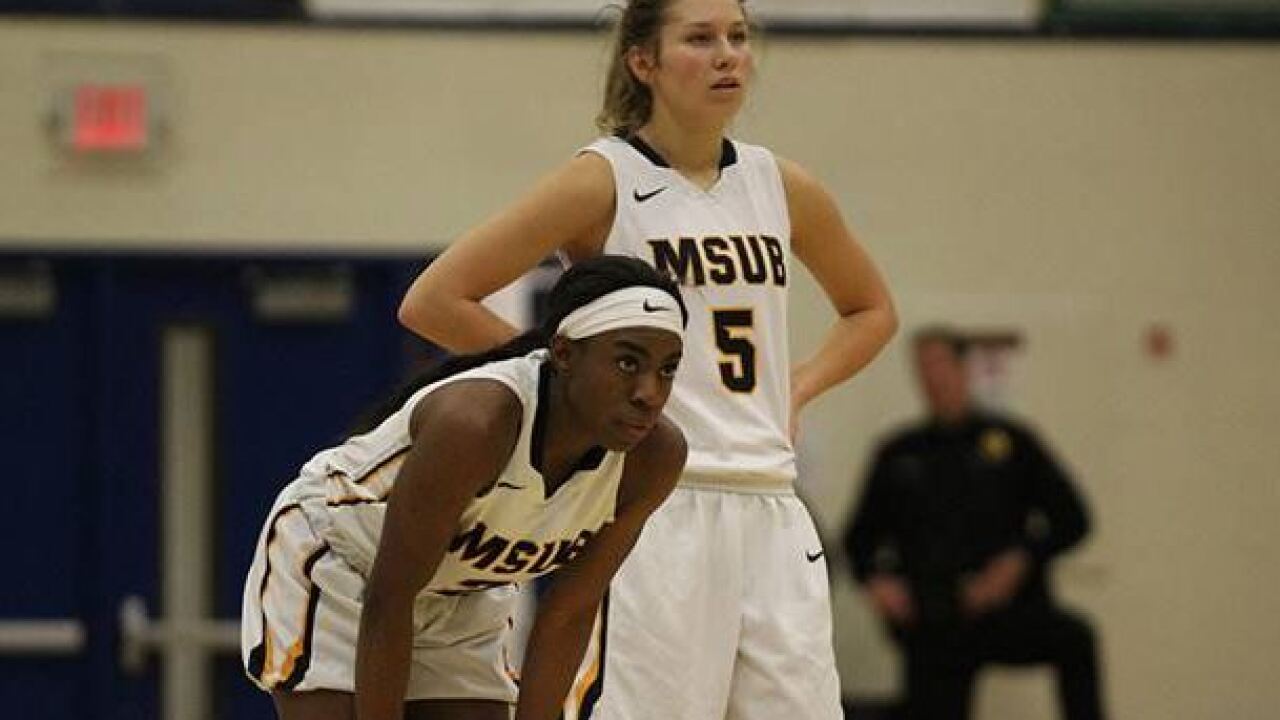 ORANGE, Calif. – Struggling to find rhythm in the first game of the NCAA Division II Tip-Off Classic, Montana State University Billings fell 81-55 to University of Mary Friday morning at Santiago College Gymnasium in non-conference women’s basketball. The Marauders held an 11-point halftime advantage and used a 7-0 run to start the second half to put away MSUB in the first game of the 2019-20 season for both teams.

“It was a tough first game for us and we had some trouble settling down and getting rid of the jitters right away,” said MSUB head coach Kevin Woodin. “We got into some foul trouble in the first half, which forced us to change the game plan a bit. Hannah Collins played well for us, especially in the first half and we went into the break down by 11, which felt manageable. Then our poor start to the second half was the biggest factor in the outcome and give credit to Mary for their strong effort.”

Hannah Collins paced the Yellowjackets (0-1) with 17 points, including 14 in the first half. Playing a team high 30-minutes, Collins added five rebounds and shot 5-for-7 from the free throw line to lead the MSUB offense. Taryn Shelley recorded nine points with four rebounds and Kali Gulick pitched in six points in six minutes off the bench for MSUB.

The ‘Jackets led by one point in the first quarter, but the Marauders took over the rest of the way and gradually extended the gap to a 30-point spread by the 6:50 mark of the fourth quarter. University of Mary scored 38 points in the paint compared to 30 for the ‘Jackets and MSUB managed 3-for-13 (23.1-percent) attempts from beyond the arc. By contrast, the Marauders went 9-for-26 (34.6-percent) from long range.

Lauren Rotunda made the biggest defensive impact for either team and ended with eight rebounds, four assists, and one block for UMary, to go along with 11 points on the other end of the floor.

“Our bench competed hard throughout the game and a lot of our younger players got some valuable minutes on the floor,” said Woodin. “We have another very good team in Cal Poly Pomona to play tomorrow and we’ll have to play with more confidence and let the game come to us if we want to win.”

After the break, University of Mary out-scored the Yellowjackets 27-15 in the third quarter and shot 6-for-11 from the 3-point line. Gillette and Rotunda led all players with five made 3-pointers apiece.

UP NEXT: The Yellowjackets face a quick turnaround as they play Cal Poly Pomona Saturday at 1 p.m. local time in the second game of the NCAA Division II tip-off classic. The Broncos finished 25-6 (19-3 CCAA) last season and made a trip to the NCAA Division II West Region Championship tournament, where they fell to No. 24 Azusa Pacific. MSUB closes out the tip-off classic Sunday with a game against Drury University. The Panthers lost just a single game in 2018-19 and lost in the NCAA Division II semi-finals to No. 25 Lubbock Christian

THE BUZZ: Kali Gulick was named St. Vincent Healthcare player of the game after contributing six points in six minutes for MSUB off the bench…The Yellowjackets are playing in the tip-off classic for the first time since 2013-14. That season, they went 1-2 with a win over California State University East Bay and went on to win the GNAC regular season crown.