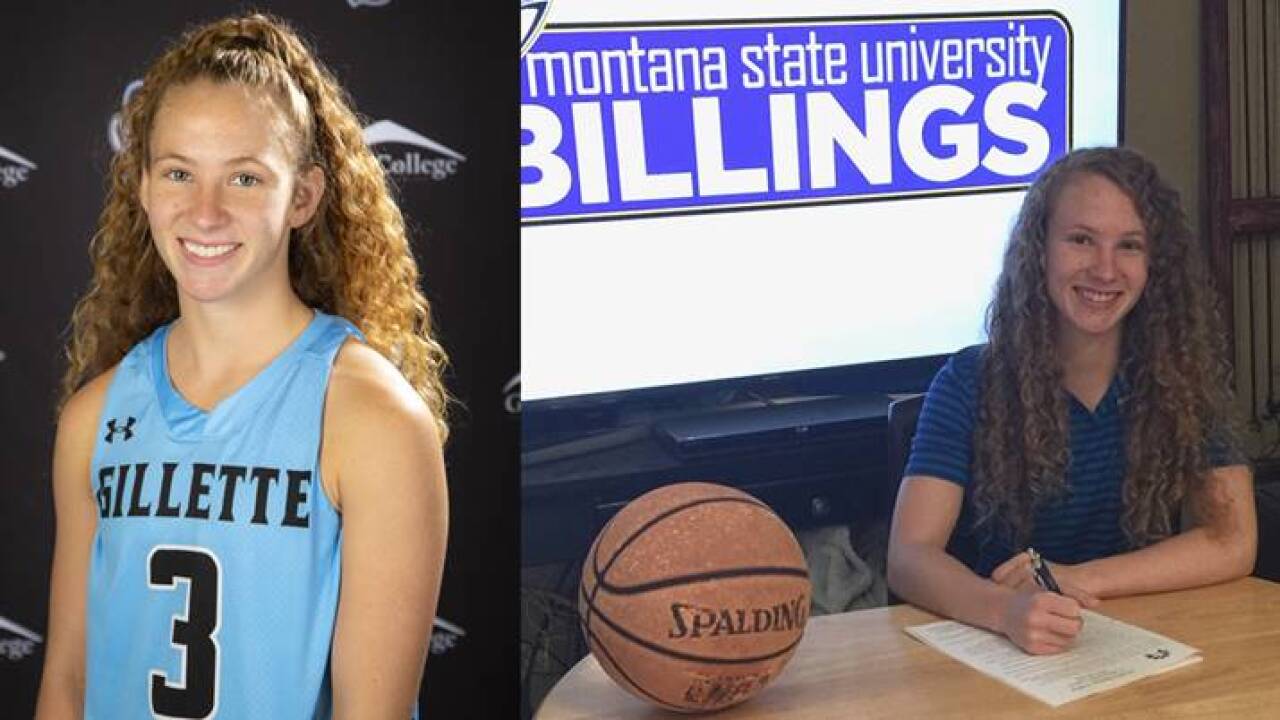 "Skylar is a great addition to our women's basketball program,” Woodin said. “She had an outstanding season and career at Gillette College and helped her team to an impressive 28-5 record last year. Coach (Alisha) Breen and I were impressed with Skylar's ability to attack the basket and defend. She is extremely competitive and versatile enough to play multiple guard positions. We expect her to have an immediate and positive impact on our team."

Patton plans to major in psychology at MSU Billings.