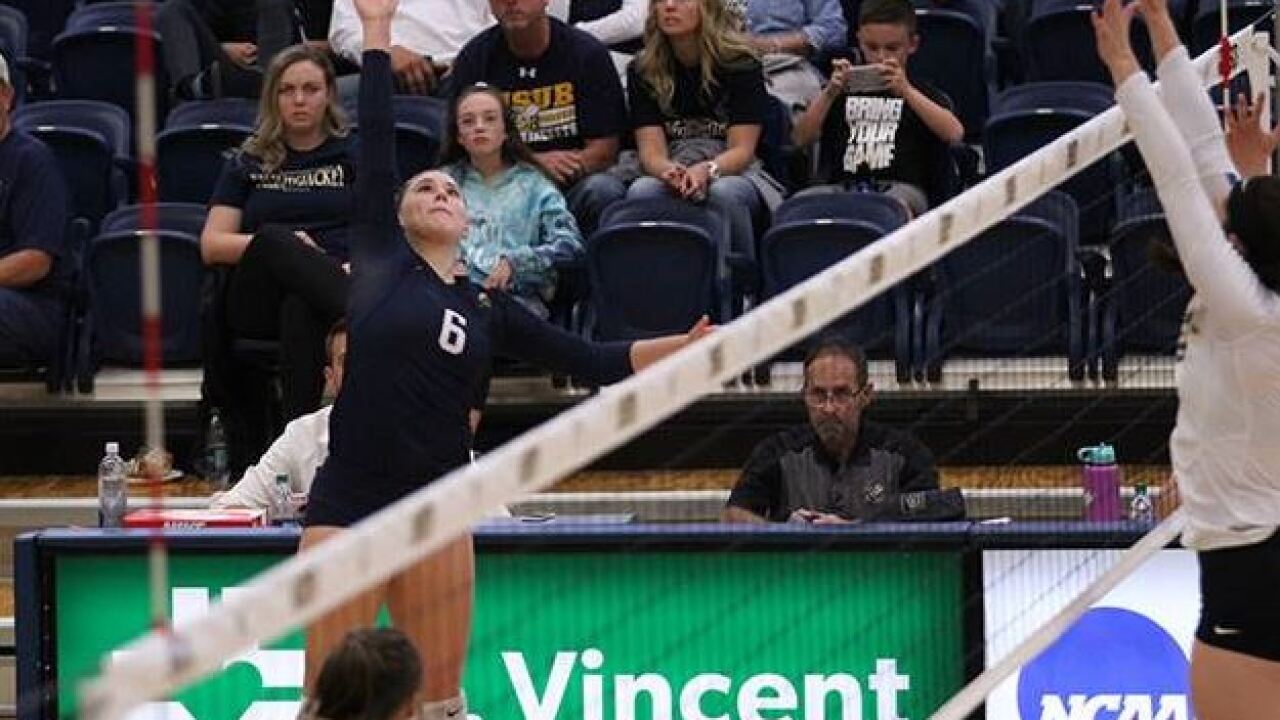 The Yellowjackets converted 25 kills but committed 16 errors against Chico State and allowed the Wildcats to hit .259 with 45 kills. Kim Wright, Grace Shepherd, and Bekah Boyle led Chico State with 33 combined kills. Maddi Vigil paced the Yellowjackets with eight kills and 11 digs and narrowly missed her third double-double of the fall. On defense, Makayla Baca led the way with 11 digs.

Playing against host UC San Diego, the Yellowjackets struggled to find offensive consistency and no player recorded more than six kills through three sets of action. Makayla Baca made 13 digs in the back row and Alexa Smythe posted 12 assists. Sydney Tekstra paced the Tritons with 10 kills and eight digs. As a team, the Triton out-hit the ‘Jackets 42-24 in kills and .275 to .063 in hitting percentage.

Eavan Taylor was named St. Vincent Healthcare player of the day for her contributions in both games at middle blocker…MSUB has lost three straight matches for the first time this season. In 2018, the ‘Jackets lost three or more games in a row twice.

The Yellowjackets (1-5) play Concordia University (3-1) in game three of the West Region Showcase Friday. They wrap up the tournament against Academy of Art Saturday, September 14 at 12:00 p.m.