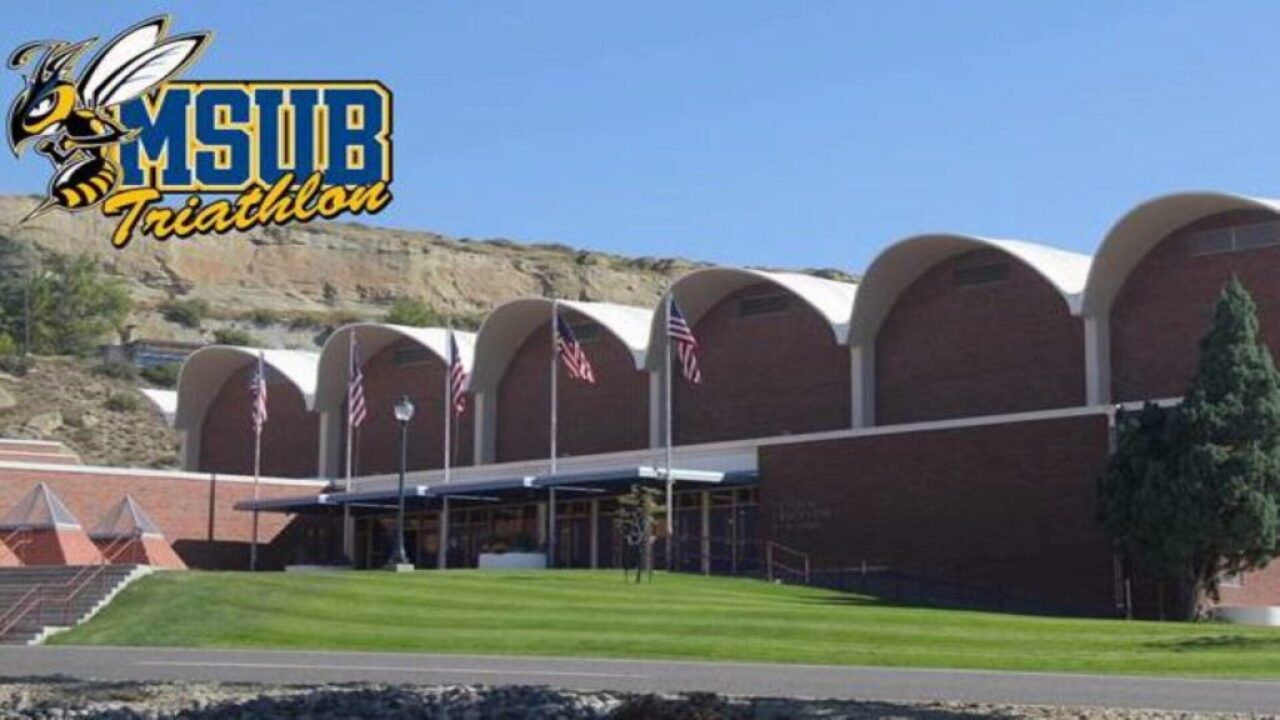 BILLINGS – Fresh off its inaugural season, Montana State University Billings triathlon head coach Kevin Bjerke released a new slate of competitions for the 2020-21 season. The Yellowjackets will appear in five triathlons including the NCAA National Championship in Tempe, Arizona in the fall.

With two recent athlete signings, MSUB increased its roster size to the required number to compete for official team position for the first time in school history. Pioneers of the 2019-20 team Madisan Chavez and Maddy Terwilliger are expected to return and will be joined by Montana natives Journey Erickson (Hardin High School) and Katelynn Perfitt (Billings West High School) for the first competition of the new season September 5 in Hot Springs, South Dakota.

“As NCAA triathlon continues growing, our NCAA events will keep growing larger and more competitive,” commented Coach Bjerke. “I am looking forward to a jump in the level of competition this fall as our program continues to expand with the sport as a whole.”

The ‘Jackets competed in all five of the same races last season and will likely benefit from prior knowledge of courses this year. The season begins with competition in the Southern Hills Triathlon at Angostura Recreation Area. Three weeks later, MSUB travels south to compete in the Oktoberfest Triathlon in Longmont, Colorado at Union Reservoir.

Then the team has just five days rest before heading to Branson, Missouri for the NCAA West Region Qualifier on September 26 at Moonshine Beach. They traverse the United States for the NCAA East Region Qualifier in Huddleston, Virginia on October 17 at Smith Mountain Lake State Park and end a busy fall with an appearance in the NCAA National Championship, against hosted in Tempe, Arizona at Tempe Town Lake on November 14.

“We are relatively isolated here in Billings, but are fortunate to have quality races within an easy driving distance to start the season,” Bjerke said. “The Southern Hills triathlon is a quick trip and serves as a nice low-key rust buster to start the season. Oktoberfest later in September ramps up the energy quite a bit with upwards of 1,000 participants in an electric atmosphere. Then we travel the country for our NCAA events in Missouri, Virginia and Arizona.”

MSUB announced they would add women’s triathlon as a sponsored collegiate sport last summer and achieved moderate success in their first ever competitions this year before having the final race of the year canceled due to National health concerns. With four athletes on the roster, the team is aiming to bolster positive momentum in year two.