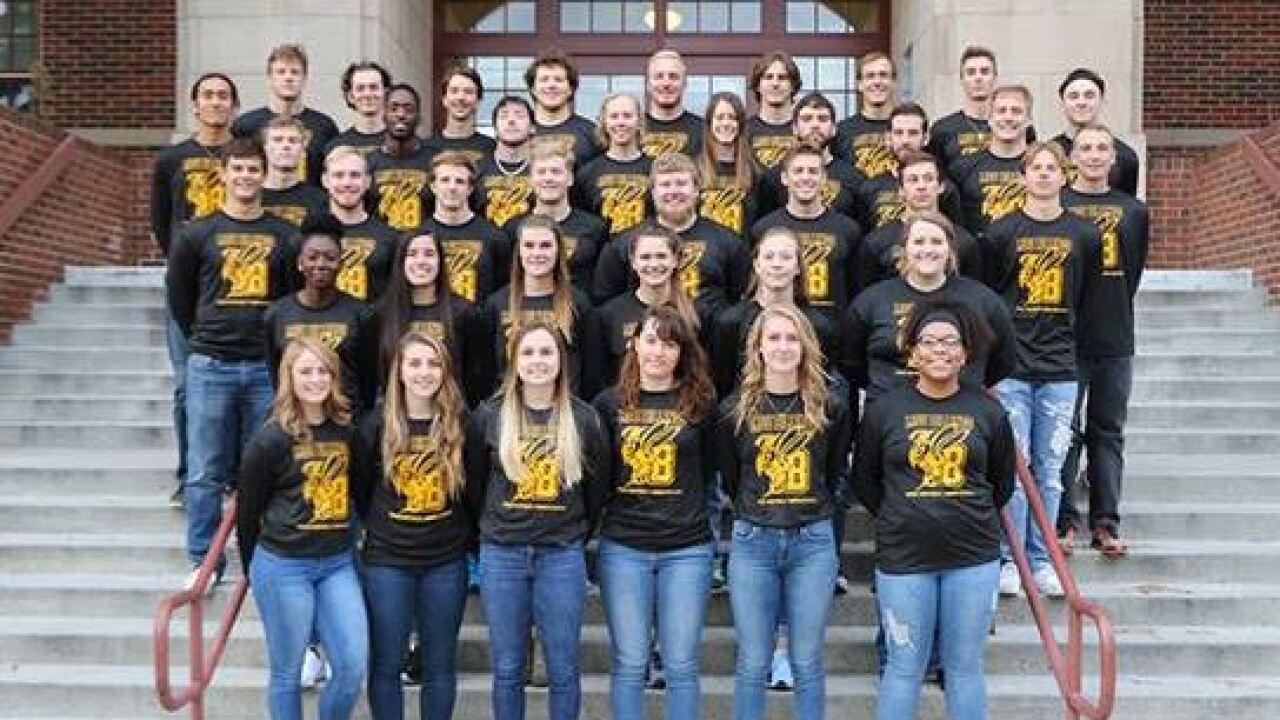 BILLINGS – The indoor track and field season will open this weekend as the Yellowjackets travel to Bozeman on Friday to compete in the Bobcat Preview. The meet begins at 11:00 a.m. with the men and women competing in 13 events throughout the day. After Saturday’s meet the team will compete in five additional indoor meets and nine outdoor meets lasting from January 11 to May 25.

This year the women’s roster features 11 returners and four newcomers while the men’s team will have 13 returners and 10 newcomers. In the 2018-19 indoor track season, the Yellowjacket men placed eighth in the Great Northwest Athletic Conference while the women came in 10th. The men finished in eighth place in the GNAC outdoor championships while the women again placed 10th.

“We are excited for our opening meet especially our Fall Track & Field Crew that have been practicing but haven’t competed since this past spring,” said head coach Jonathan Woehl. “The first meet is a great chance to practice our competitive meet mentality, I’m not necessarily expecting PRs right out of the gate but do expect to see everyone go compete hard in all of their events. Fall workouts have gone well and our seniors are looking to get a strong start. We have several new faces in our Men’s sprint and Women’s throws squads and it will be fun to see them get to suit up for their first meet as Yellowjackets.”

“For the men this season, I’m looking forward to seeing Isaiah Girard, Marcus Lindquist and Mason Schram open on Friday. All three have had a good fall of training and are healthy.

MENS OUTLOOK: Beau Ackerman returns to the field (but only for the outdoor season) after redshirting the 2018-19 season. When we last saw him compete in 2017-18, he finished the season as a first team all-American in the javelin with a fifth-place finish at the NCAA D2 National Outdoor Championships in Charlotte, N.C.

Marcus Lindquist Competed in primarily long jump and triple jump with appearances in 200 meter dash and 400 meter hurdles. He took seventh place in the long jump at Montana Open April 12-13 at 20', 7.25". He also placed ninth at GNAC Outdoor Championships with 43' 8.5" triple jump.

Rahkei Eyer ran the fourth leg of men's 4x100 meter relay team which won GNAC outdoor title on May 10 with a time of 41.28 seconds. He finished in fourth place in GNAC outdoor championships in men's 200 meters (22.25 seconds) and set a season best times in the 100 and 200 meter dash at the Montana State Open.

Kyle Patelis will look to improve upon a great freshman campaign. He took third place 60 meter hurdle time of 8.87 seconds at CSC Open Jan. 20 and Ran 7.10 seconds for a personal best and sixth place finish in the 60 meter dash at the GNAC Indoor Championships.

For throws, senior Forrest Cross will likely be a big contributor and leader. Last season, he competed in the shot put and discus at the GNAC championships. After competing in four events during the season, Cross’s personal-best in the shot put was 14.17 meters (46' 6") at the Dickinson State Blue Hawk Games where he also threw a collegiate-bests in the discus 44.28m (145' 3") and hammer throw 35.87m (117' 8"). He then threw the javelin at the Montana Open while recording a personal-best of 45.40m (148' 11").

Kyle McLaughlin will try his hand in throwing this season. Last year, he finished 15th at GNAC Indoor Championships in 800 meters with time of 2:00.77. He held a season best 400 meter time of 54.47 for 23rd place at Air Force Invitational and a 200 meter 21st place finish at Bobcat Preview.

Newcomers Ely Kraft from Laurel, MT and Connor McNiel will see their first action this weekend.

For the distance runners, Ase Ackerman and Ronald Venema will lead the charge.

Last season, Ackerman Competed in six events and finished 14th in the GNAC Outdoor Championships with a season best 10:07.04 time in the 3000 meter steeplechase.

WOMEN’S OUTLOOK: “For Women’s team, I will be looking forward to seeing Taylor Stringari, Brenna Beckett and Nikki Aiken,” commented Woehl. “All three have worked very hard throughout the fall and provided great leadership for our women’s team.

Taylor Stringari will be looking to end her senior year on a high note. Last year, she competed in seven outdoor meets and 11th place at GNAC Outdoor Championships in hammer throw (123' 3") and 12th place in shot put (32. 8.25"). She took third in hammer throw at the University of Providence Open (129'0").

During the indoor season, Stringari set personal bests in shot put and weight throw at the GNAC Indoor Championships with a 6th place finish after a throw of 38' 4". She also took 14th place at conference meet in weight throw (42' 4.75").

Newcomers Cristina Chapi, Hannah Heath, Brynn Jolma and Mariah May will all see their first cation as they will look for positive results in the throws events.

Her Season best 400 meters came at the Montana State Open, as she finished 2nd with a time of 1:00.07. At the Dickinson State Last Chance meet, she set season highs in long jump and triple jump and finished 3rd in both.

Kaitlin Mason will be kicking off her sophomore year Friday. In 2018-19, she ran in four meets including Bobcat Preview, MSU Open, CSC Open, and Air Force Invitational. She took fourth place in 4x400 meter relay Jan 11 with time of 4:46.58 then held a college best 60 meter dash 8.43 seconds at Bobcat Preview.

When outdoor season came along, Mason ran 100, 200, and 4x100 meter relay in the spring. She recorded a personal best 200 meters at Montana State Open for ninth place (26.71 seconds) on her way to taking 20th in 100 meter prelims at GNAC Outdoor Championships.