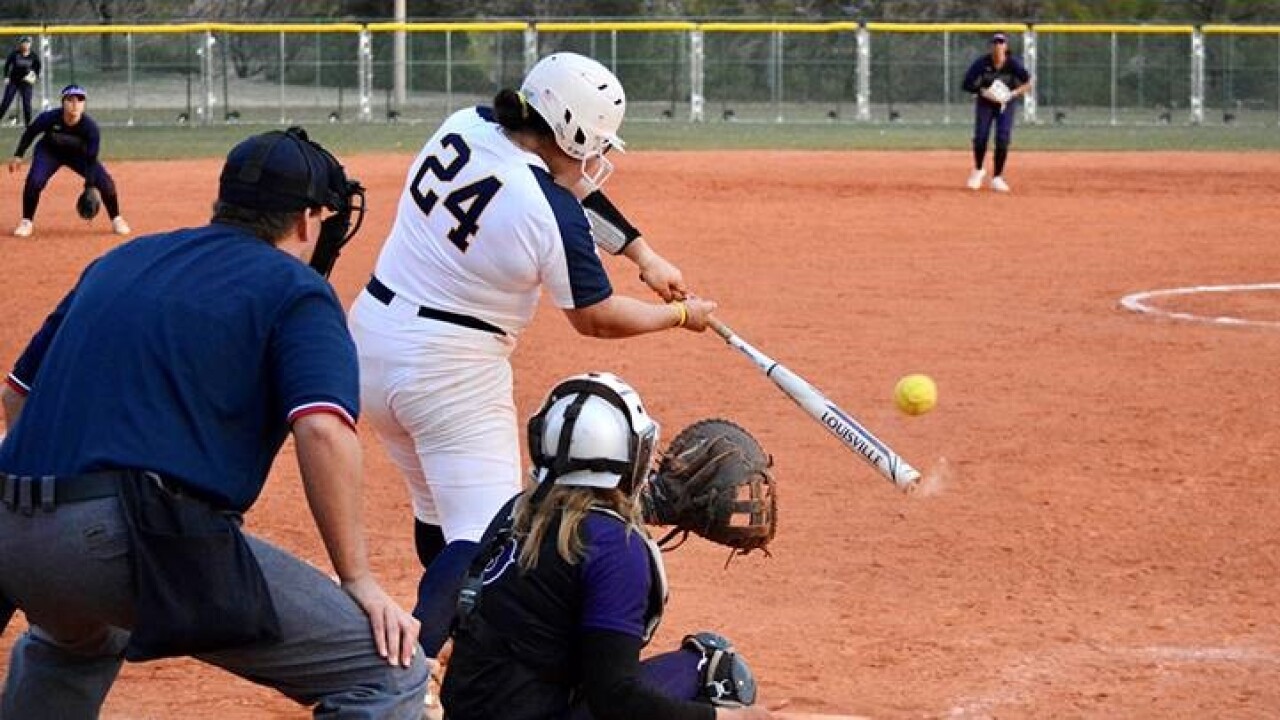 BILLINGS – The Montana State University Billings softball team will make their 2020 home debut this coming Monday and Tuesday when they welcome Carroll College to Avitus Group Stadium in Billlings. MUSB has played their first 15 games on the road and are excited to be in front of a home crowd.

The Yellowjackets (6-9) have been hard at work getting the field ready to play and will be ready to go come Monday. Both days are slated for double-headers with games scheduled to begin at 1:00pm and 3:00pm on Monday March 2nd. On Tuesday March 3rd, first pitches are scheduled for 12:00pm and 2:00pm. Carroll College is 6-5 so far this season.

“We are exciting to be home for the first time this season,” said head coach Lisa MicKinney. “We are looking forward to playing in front of a home crowd during out spring break against another Montana school.”

LAST TIME OUT: The ‘Jackets traveled to Minot, North Dakota to play in the Air Supported Dome Invitational. MSUB went 1-3 on the trip defeating the University of Minnesota, Crookston 8-5 but falling to Northern State University 8-3, Minot State 4-1 and the University of Mary 7-0.

Skyler Jenkins led MSUB with a .600 average in three games, going 6 for 10 with a run and an RBI. Jenkins went 3 for 4 with an RBI against Minnesota-Crookston and went 2 for 3 in Sunday’s loss to Mary.

Sophomore Morgan Quimby batted .357 in the four games, going 5 for 14 with two runs and two doubles. Her one hit against Northern State on Saturday was an RBI double in the third. She then went 4 for 4 with a double and a run scored against Minnesota-Crookston.

Alyssa Etheridge earned the win against Minnesota-Crookston as she allowed three runs on six hits with two walks and seven strikeouts in six innings.

TO THIS POINT: The Yellowjackets are currently batting .278 as a team and have a 4.75 earned run average. MSUB ranks 24h in all of Division Two with 12 home runs.

The ‘Jackets are being paced by a trio of hitters batting .400 or better. Jenkins leads MSUB with a .452 average and is tied for second with seven RBIs. Payton Reynolds leads MSUB with eight RBIs and is tied with Marin Penney for the team lead in home runs with three. Reynolds carries a .429 batting average. Speaking of Penny, she is third in term of batting average with a .407. She leads the team with a .815 slugging percentage and has seven RBIs.

Quimby has a batting average of .349, leads the team with 15 hits and leads the Great Northwest Athletic Conference with seven doubles. Brittanee Fisher has six RBIs on two home runs and is batting .306.

Britzy Hockett leads the ‘Jackets with 11 runs scored from her lead off position. Hockett is hitting .300 and leads the team with five stolen bases on nine attempts. Allie Hughes us batting .194 and is tied for second on the team with seven RBIs.