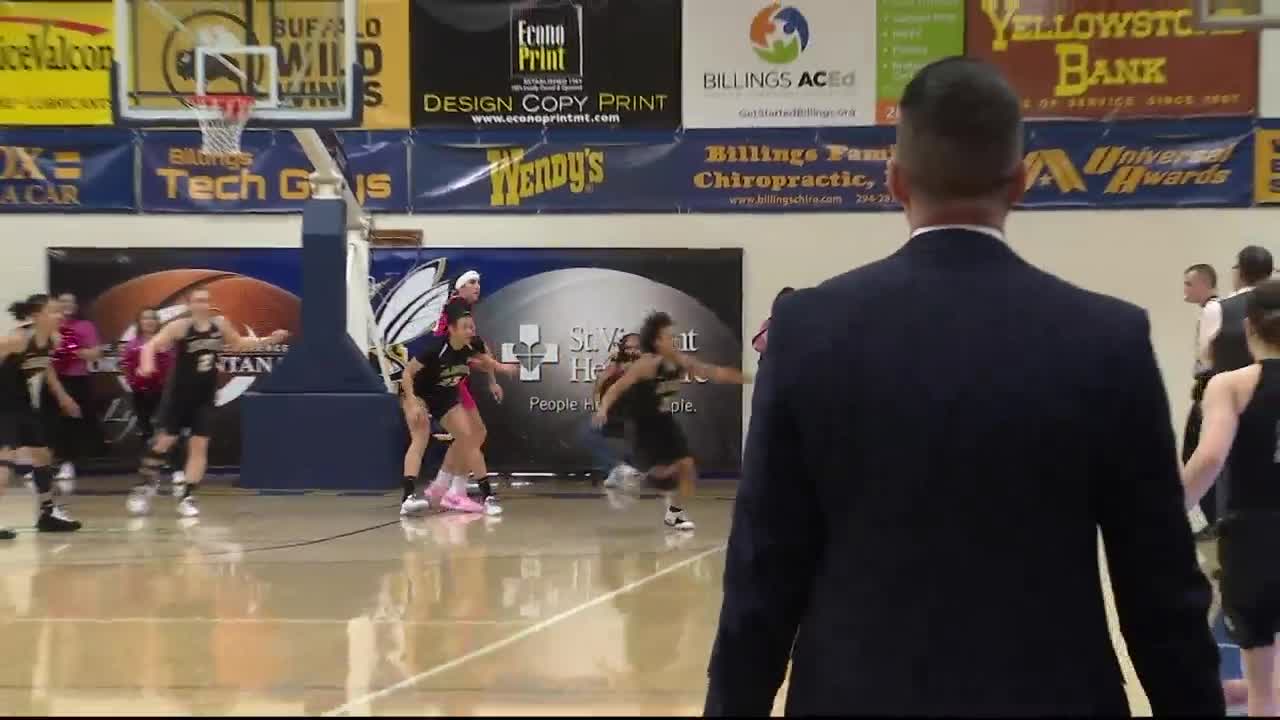 The MSU Billings women kept it closer than last month's 80-33 loss but still came up short against No. 8 Alaska Anchorage Thursday, 83-69 at Alterowitz Gym. 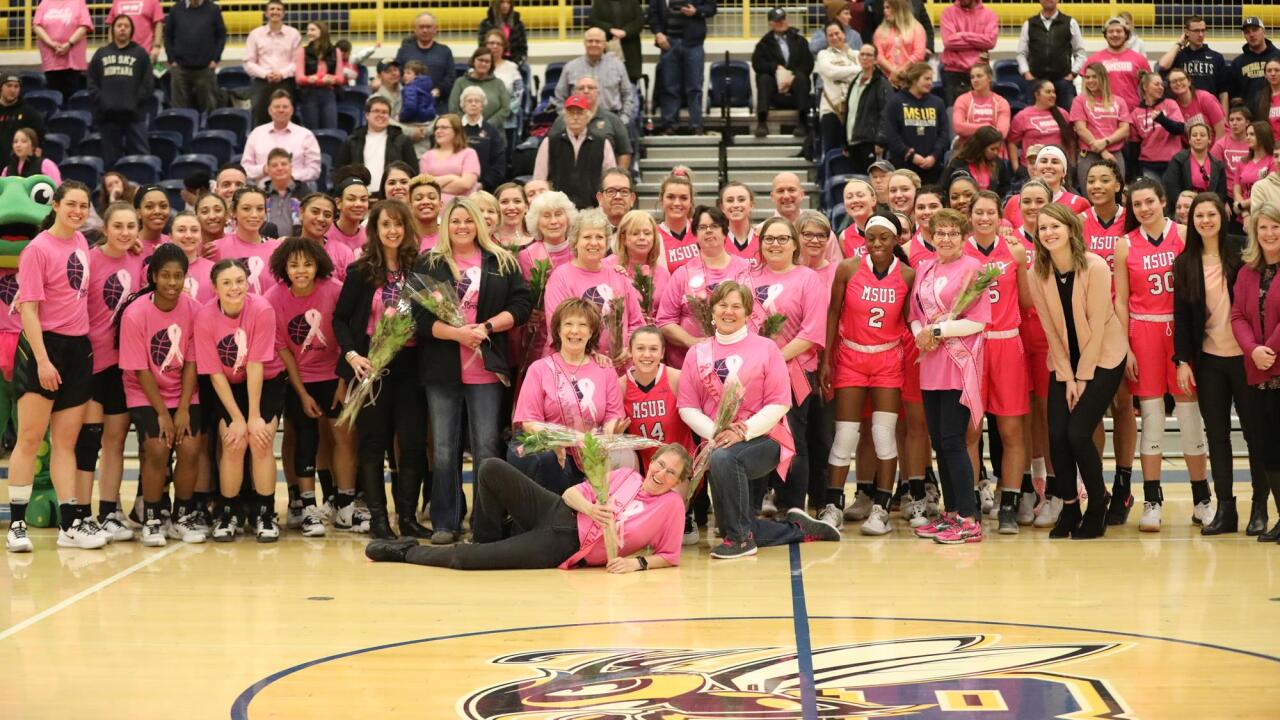 BILLINGS - Using a 15-4 run in the third quarter, No. 8 University of Alaska Anchorage pulled away from an energized Montana State University Billings women's basketball team 83-69 Thursday night at Alterowitz Gymnasium in a Great Northwest Athletic Conference game. Safiyyah Yasin scored 22 points for the Seawolves and nabbed eight rebounds and Tennae Voliva notched a double-double to help down MSUB.

Despite the loss, MSU Billings competed hard and kept within striking distance through a majority of the game. Point guard Hannah Collins led the 'Jackets with 17 points and four assists. Jeanann Lemelin notched 16 points, three assists, and a pair of steals and Taryn Shelley was effective with 14 point and 13 rebounds for her team-leading 10th double-double.

"I was proud of our team's effort tonight," said MSUB head coach Kevin Woodin. "We fell a little short against a great UAA team but we played hard. Give them credit, once we caught them in the third quarter, they responded with a run of their own."

Defending GNAC player of the week Yasmeen Goo marked 15 points and five rebounds and helped UAA shoot 46.8-percent (29-for-62) from the field with 27 free throw attempts. The Seawolves out-rebounded MSUB 43-32 and scored 23 points off 13 Yellowjacket turnovers.

The Yellowjackets (12-12, 7-8 GNAC) remain in sixth place in the conference standings with five games remaining in the regular season. MSUB hosts University of Alaska Fairbanks Saturday at 5:15 p.m. at Alterowitz Gymnasium. The Seawolves (25-2, 15-1) won their seventh straight game and took the season series 2-0 after an 80-33 win at Alaska Airlines Center on January 18.

PLAY-BY-PLAY: Lemelin scored each of the Yellowjackets first six points and after the Seawolves stretched a nine-point lead, Shelley answered with a layup at the buzzer to cut the deficit to 21-18 by the end of the quarter. Alaska Anchorage posted an 11-0 through the opening 4:57 of the second quarter to gain their largest lead to that point 32-21. Lemelin and Shelley sparked a second turnaround and the 'Jackets trailed just 38-31 at the half. Lemelin and Shelley scored nine points each through the opening 20 minutes.

MSUB rallied to tie the game 46-46, but the Seawolves took a 15-4 run to the end of the third quarter. TyLee Manuel got the 'Jackets back to a 12-point differential with a 3-point play to start the fourth quarter but the 'Jackets failed to score on back-to-back possessions after the final media timeout, leading to free throw opportunities through the final two minutes of regulation for UAA to cement the contest.

The Yellowjackets hit 11 3-pointers on 26 attempts, five by Lemelin, but otherwise shot just 36-percent from the field. Collins made 11 of 11 free throws and the 'Jackets finished 16-for-20 (80-percent) overall. Alaska Anchorage outscored MSU Billings 40 to 20 inside the paint and had 22 points off the bench compared to 11 for the 'Jackets.

THE BUZZ: Taryn Shelley was named St. Vincent Healthcare player of the game for the Yellowjackets. "Taryn Shelley did a nice job on the boards for us," Woodin said. "She had half of our team's offensive boards and almost half of our total rebounds. We need to get more offensive rebounds overall to be successful." Alaska Anchorage and Northwest Nazarene have clinched berths in the GNAC Championships in Seattle.

The Yellowjackets host University of Alaska Fairbanks Saturday at 5:15 p.m. The MSUB men's game will follow at 7:30 p.m. in the home basketball doubleheader.

MSUB hosted their annual Pink Night in partnership with St. Vincent Healthcare and the Eva Project Thursday. The Yellowjackets dawned pink uniforms in support of breast cancer awareness. "It was a great environment in the gym," said Woodin. "I appreciate all of the extra work people did to make this such a fun event. Our partnership with St. V's and the Eva Project is incredible and my team and coaches look forward to seeing the survivors in the crowd every year."