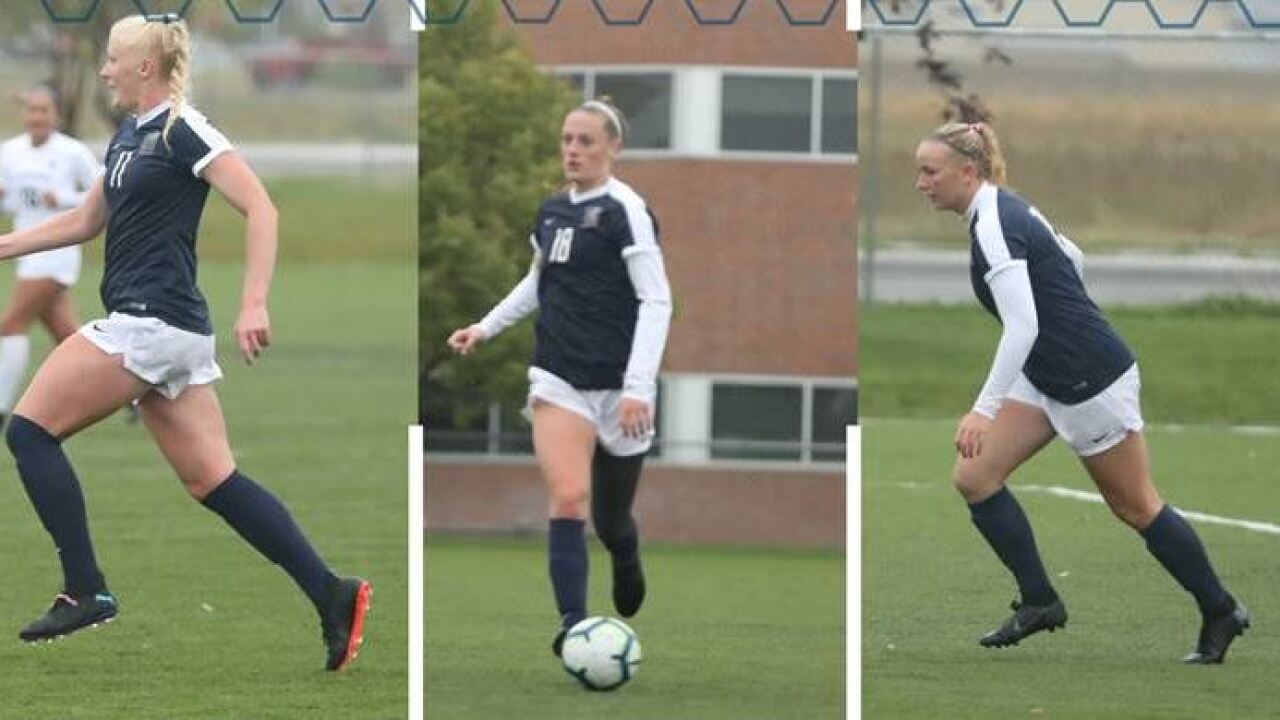 Senior defender Amanda Hemmen was named second team all-GNAC while both senior midfielder Alexa Iacolucci and senior defender Courteney Shovlin earned honorable mentions. All three appeared in all 17 regular season games for MSUB and were major contributors to the team’s success in 2019.

Starting every game at center back, Hemmen led the Yellowjackets with 1499 minutes played. Hemmen contributed on offense as well with two goals and an assist for five points. Hemmen recorded 10 shot attempts with four shots on goal and was a leader of the team playing four years. Hemmen was named CoSida Academic All-American (first team) in 2018 as well as academic all-GNAC all three years eligible. She will depart MSUB just outside the top-10 for career minutes played with 5,757 with two all-conference honorable mentions and one second team all-conference selection.

Iacolucci was the ‘Jackets biggest offensive threat in 2019. For the second season in her career, Iacolucci led the team in points with 13 (four goals, five assists) in 2019. She also led the squad with 45 shot attempts (23 on goal) and played the second most minutes on the team with 1,429. Iacolucci also earned GNAC honorable mention last season and is a three-time academic all-GNAC recipient.

Shovlin had another strong season as a key defender this season for the Yellowjackets. With 17 starts, Shovlin ranked third in minutes played (1393) on the team. Shovlin also contributed one goal, one assist, and three points with 11 shot attempts and 10 shots on goal. Shovlin has been awarded academic all-GNAC three times and was a member of the Rimrock Classic all-tournament team in 2018.

“It is always nice to have our student athletes honored amongst the best in a very talented conference,” said MSUB head coach Stephen Cavallo. “I am happy for Amanda finally breaking through to the second team after winning honorable mention twice in her career. Courteney also put forth a great senior season and received a well-deserved place on one of the all-conference teams. I must admit I am disappointed that Alexa did not make the first or second GNAC team. I see her as one of the best players in the conference and thought she deserved further recognition.”

MSU Billings went 6-9-2 overall and finished sixth in the Great Northwest Athletic Conference with a record of 5-7-0.