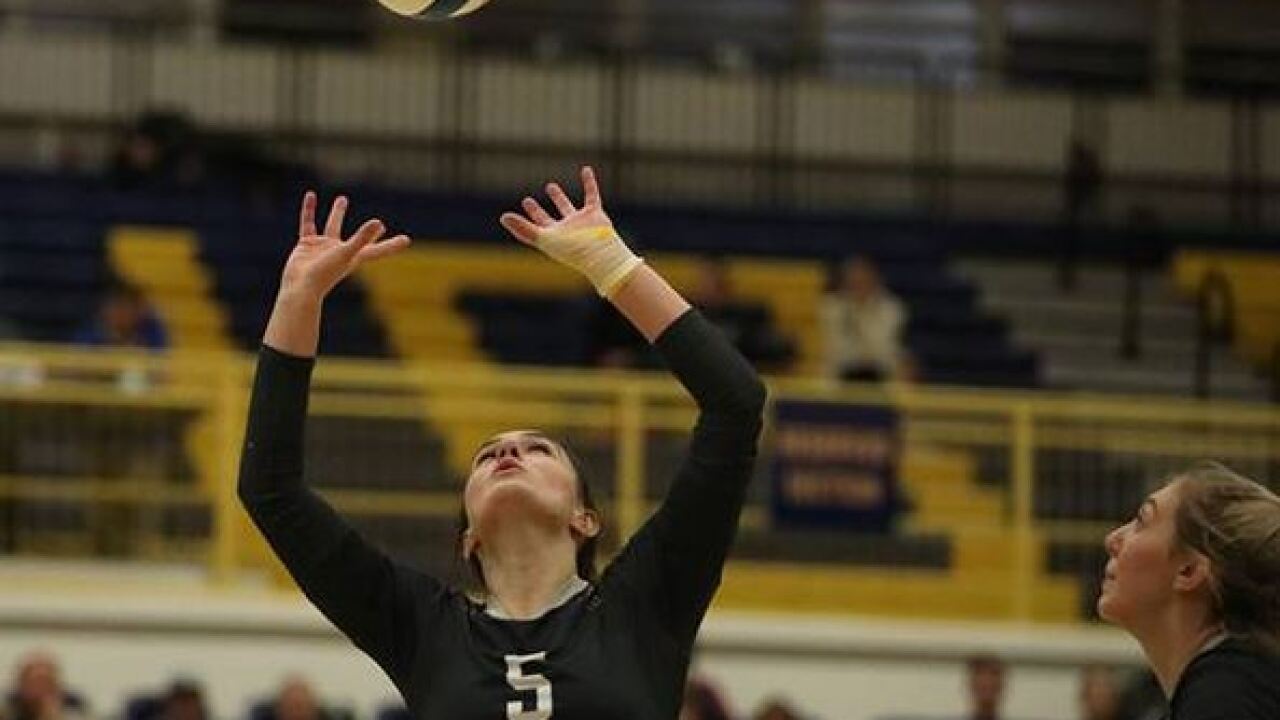 MSUB (8-19, 5-12 GNAC) halted a six game losing streak with the victory over SPU (12-14, 9-9 GNAC). The win is the ‘Jackets first since October 22nd when they defeat Rocky Mountain College and the first conference victory since Oct. 17 against Northwest Nazarene University.

MSUB was led by Joelle Mahowlad who finished with match high .538 hitting percentage and had a team high 17 kills. Bayli Monck added 13 kills and 12 digs for her 13th double-double of the year.

Skylar Reed posted 14 kills and a .226 hitting percentage and Hannah Hashbarger had 48 assists to go with 13 digs for a double-double of her own.
Defensively, Marissa Logozzo had a match high 19 digs and Monck recorded four block assists.

As a team, the Yellowjackets hit .252, their best mark since the Victory over Rocky Oct. 22. Playing one of their best games to date, MSUB held SPU to a .186 hitting percentage, had 55 assists to the Falcons 48 and had fewer errors, 21 compared to SPU’s 24.

“We played really well tonight and came out with great energy,” said head coach Casey Williams. “Everyone was focused and it was the best I have seen us play all year. I am proud of the way we worked as a team tonight.”

Joelle Mahowald was named St. Vincent Healthcare Player of the Game…Mahowald had a match high .538 hitting percentage and a team leading 17 kills.

The Yellowjackets will face Saint Martin’s University on Saturday at 8:00 p,m, MST.