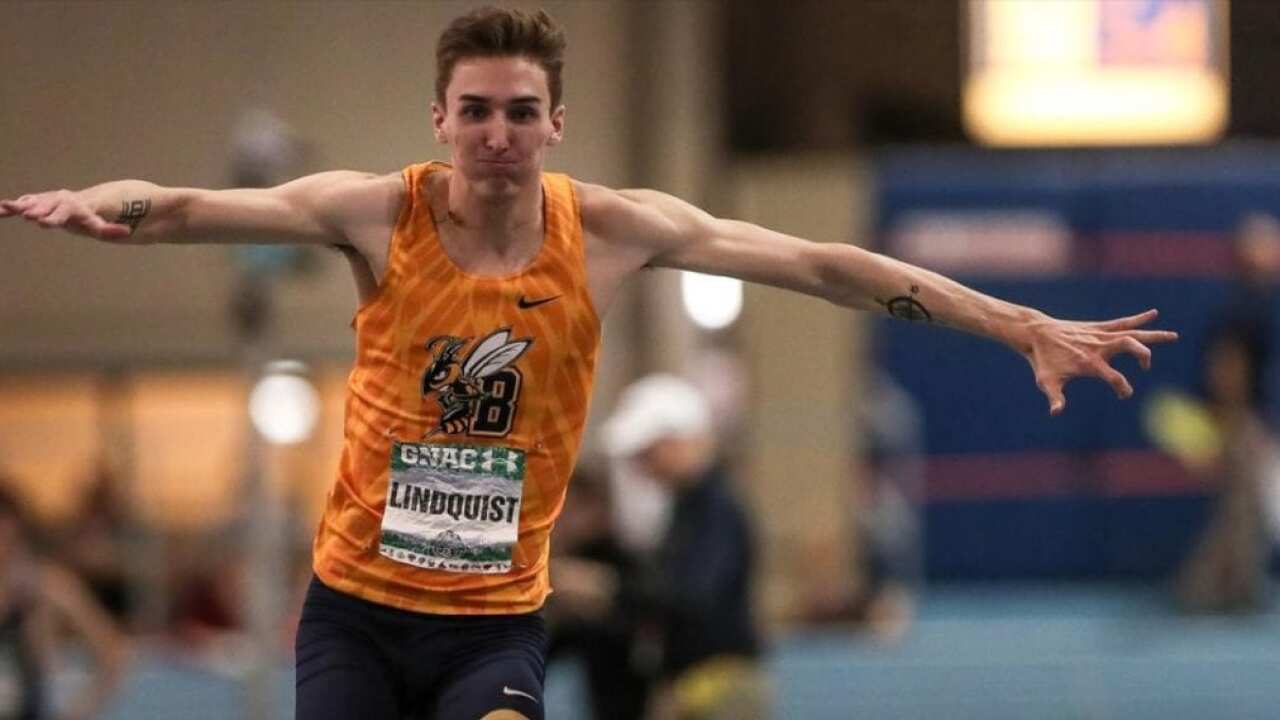 BILLINGS – The Montana State University Billings Yellowjackets track and field team will finish the indoor season at the Great Northwest Athletic Conference’s Indoor Championships this coming weekend in Nampa, Idaho. MSUB will have a contingent of 20 athletes competing in 46 events. Competition will take place over two days running from February 21-22.

The Yellowjackets will look to carry the momentum built this winter into Nampa in hopes of a higher finish then last year. In 2019, the MSUB men finished in ninth place overall and the women in tenth. Both the MSUB men and women will be competing in the 4 x 400m relay and the 4K distance medley for the very first time this season.

“We are looking forward to the championships as one last time to compete during the indoor season,” said head coach Jon Woehl. Overall the team has improved each week and we are expecting this week to be no different. On the women’s team we’re looking to our seniors to lead the way: Nikki, Brenna and Taylor. On the men’s team it’s the same thing: Mason, Isaiah, Forrest and Marcus are all expected to compete well.”

Nikki Aiken: The senior Aiken has lead the MSUB women’s distance athletes the entire winter with seemingly new personal bests each and every weekend. She will be competing in three events for the ‘Jackets; the 3K with a qualifying and personal best time of 10:56.82, the 4K distance melody, the 4 x 400m relay and the 5K with a qualifying mark of 15:56.92.

Brenna Beckett: Beckett has been MSUB’s top finisher this winter and heads into the championships as the 11th ranked long jumper in the GNAC at 5.32m and sixth ranked triple jumper at 11.12m. In addition to competing in those two events, Beckett will be hit the track for the 4 x 400m relay and the 4K distance melody. Competing in four events along with Aiken will be the most by and athlete from MSUB.

Sierra Durbin: Durbin qualified in the 21st overall spot in the 800m run with a season best time of 2:27.55. She will be competing in the 4 x 400m relay and the 4K distance medley.

Kailee Stoppel: Stoppel will be the fourth and final member of the 4 x 400m relay and the 4K distance melody. She also qualified for the 3K with a season best 11:19.08 which is the 24th ranked time in the GNAC.

Mariah May: The sophomore has been the top performer for the MSUB women’s throw squad. She will be competing in the weight throw and the shot put this weekend. She comes in with the ninth ranked shot put attempt at 11.61m and the seventh ranked weight throw at 14.61m.

Brynn Jolma: Rounding out the throws contingent is the freshmen Jolma. She will be competing in her first ever collegiate championships after qualifying in the weight throw. Her season best mark was 11.90m good enough for the 21st ranked throw in the event.

Mason Schram: Schram is one of the fastest athletes in the GNAC. He ran the fourth fastest time in the 60m dash at 7.04. The 60m dash is his lone event for the championships and he will be looking for a top five finish.

Kyle Patelis: Another 60m dash participant for MSUB, Patelis is the 12th ranked sprinter in the 60 with a time of 7.13. He will also be competing in the 200m dash as his qualifying time was 22.96 which ranks him in the 19th overall slot.

Tyler Rued: The freshmen from Bozeman, MT will compete in three events for MSUB. Making his championship debut in the 200m, Rued enters as the 24th ranked athlete with a qualifying time of 23.18. He will also be competing in the 4 x 400m relay and the 4K distance medley.

Nicholas Redgrave: Redgrave will be making his championship debut as well as running in the 4K distance medley and the 4 x 400m relay for the first time this season.

Logan Straus: Another distance specialist for MSUB, Straus is the 25th qualifying athlete in the 3K with a time of 9:06.31. He will also be the final member of the 4K distance medley team.

Lucas Harper: Competing in just the long jump, Harper will look to vault himself into the top 20 as he enters with the 22nd ranked jump of the season at 6.12m.

Forrest Cross: Last but certainly not least will be the two throws athletes representing MSUB. The senior leader Cross is ranked in the top 15 in the conference in both the shot put and the weight throw. He is 10th ranked athlete in the shot put with a season best 14.89m and the 14 ranked weight throw artist with a toss of 15.16m.