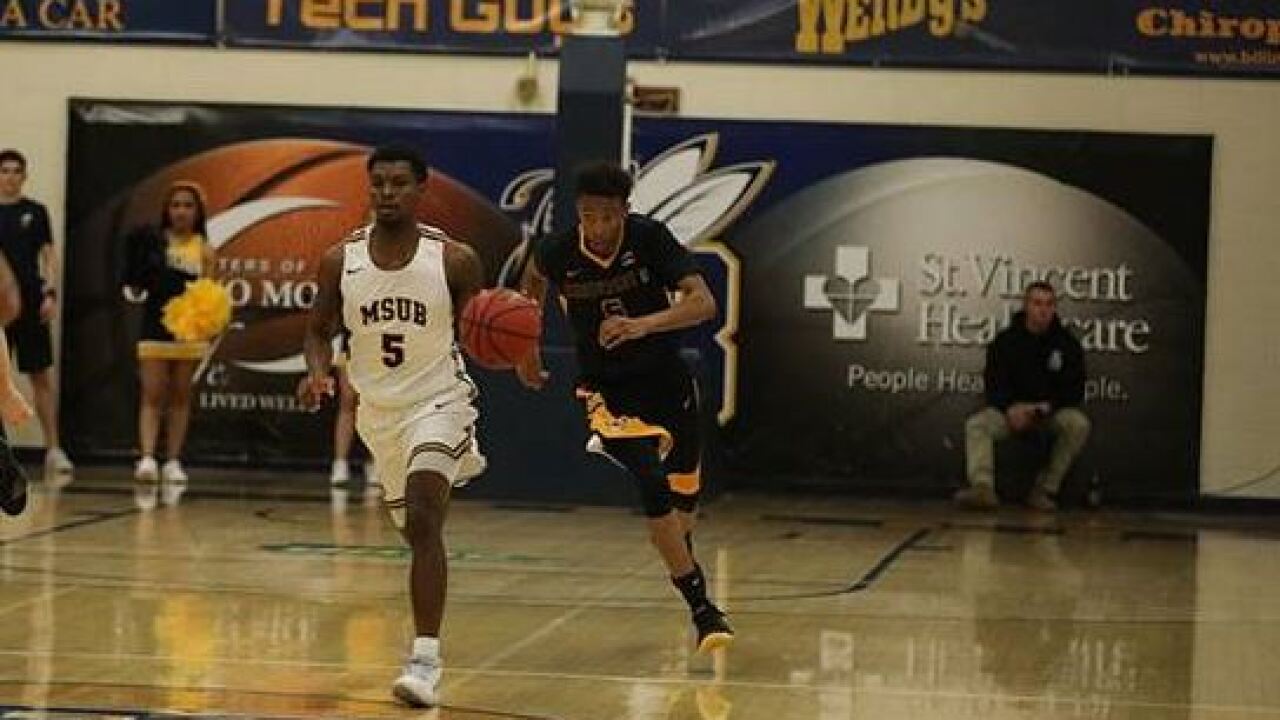 BILLINGS – In a game that came down to the wire, the Montana State University Billings Yellowjackets prevailed over the Northwest University Eagles 83-79 in Alterowitz Gymnasium.

Trailing most of the first half, MSUB was down by as much as 13 as NU shot out to a 20-7 lead. But MSUB battled back and slowly chipped away at the Eagle lead. A buzzer beating jumper from Chishon Dixon closed the gap to 46-43 in favor of the Eagles heading into halftime.

Jetting out to a 52-48 lead after a three pointer from Sam Elliott, MSUB would hold the lead most of the second half.

Late drama ensued in the closing seconds as NU hit a three point shot to make it a two point game, 81-79 in favor of MSUB. Brendan Howard knocked down both of his free throws after being fouled by NU and a missed three point attempt from the Eagles sealed the ‘Jackets victory 83-79.

Notching his first double-double of the season, Howard led MSUB with 28 points and 10 rebounds. Tyler Green added 19 points and was 6-6 from the free throw line. Dixon netted 14 points while Jordan Lehrer led MSUB with five assists and two blocks.

“We haven’t been home at all this season so it was great to come out and get the win,” said Dixon. “It all started with defense, getting to the free throw line and making plays”, continued Dixon when asked what led to the Yellowjackts getting back into the game. “We just have to keep taking it day by day and keep pushing”.

“We had some nerves early but really settled down, especially defensively and rebounding in the second half,” said head coach Mick Durham. “We got ourselves back into it at the half and grabbed the lead in the second half. We saw a lot of good things and credit Northwest for coming in here and playing well.”

WHAT’S AHEAD: The Yellowjackets renew their cross town rivalry with Rocky Mountain College on Saturday Nov. 23 at the First Interstate arena (formally Metra Park). Tip-off is scheduled for 7:00pm.

THE BUZZ: Brendan Howard was named St. Vincent Player of the Game for his 28 point 10 rebound performance against the Eagles…The sophomore is now averaging 23.5 points per game and 8.0 rebounds.