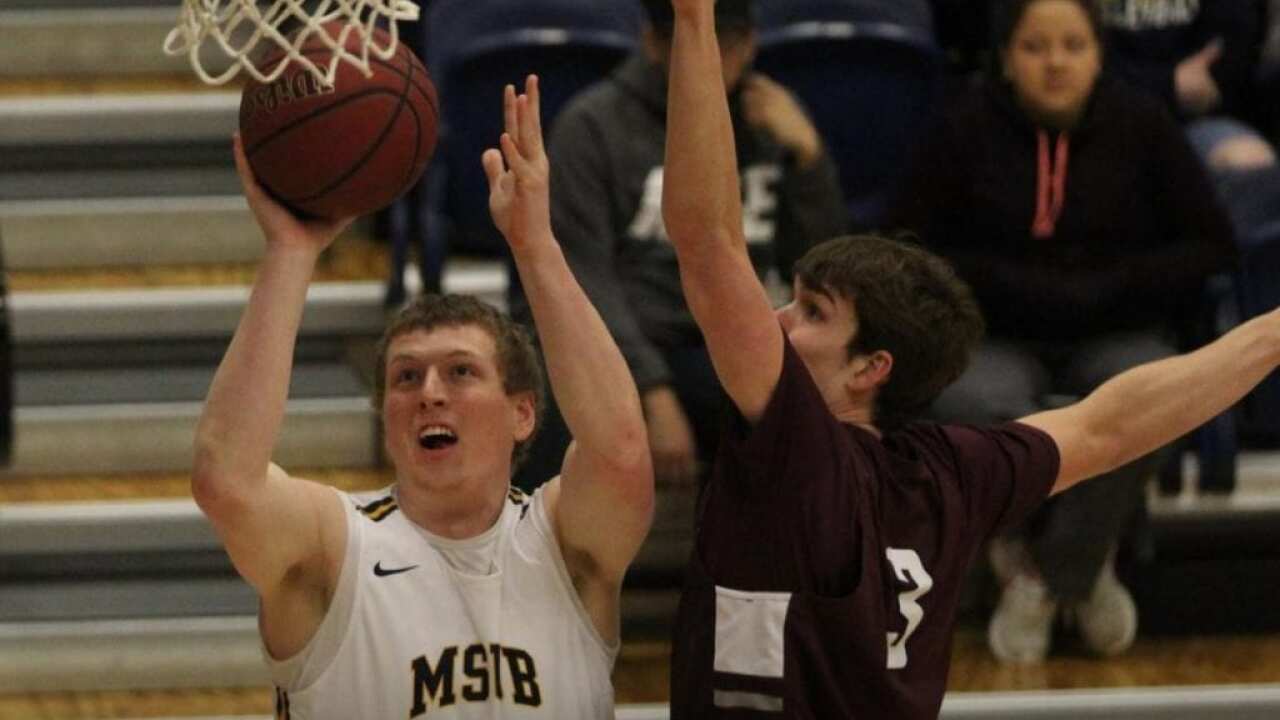 PORTLAND, Ore. - Five Montana State University Billings athletes have earned all conference basketball honors. Taryn Shelley, Hannah Collins, and Jeanann Lemelin were recognized as honorable mention for the women along with Zharon Richmond for the men. Brendan Howard was a second-team player.

Howard is a repeat performer as last year he was named to the honorable mention squad as a freshmen. This year as a sophomore, he took his game up a level and ended up being named to the second team all-GNAC team. Howard led MSUB and was second in the GNAC with 20.3 points per game. He finished second on the team and sixth in the league with 7.1 rebounds per game.

He scored a season and career high 31 points against Minto State University on November 16, 2019. He pulled down a season and career high 13 rebounds against Western Washington university on December 7, 2019. He had five double-doubles in a row from November to December of 2019. Howard was only held to single digit scoring efforts once this year and scored 15 or more points in 26 of 28 games. He scored 20 or more in 16 of 28 games.

Howard finished the year leading the team with 891 minutes played (31.8/game) finished shooting 50.5 percent from the floor, 37.9 from three point range and became the 25th player in MSUB history to score 1,000 points or more in a career. He will start off the 2020-21 season with exactly 1,000 points. If Howard were to score another 1,000 points in two years, he would leave MSUB as the number one scorer in school history. He needs 884 to overtake the legendary Roy McPipe.

“Brendan brought great consistency night in and night out on the offensive end and is very deserving of this honor,” said had coach Mick Durham.

Richmond earned his first all-conference selection as an honorable mention member for the 2019-20 season. Only playing in games since December, Richmond missed the first eight games but made up ground in a hurry. In his first game back against Pittsburg State University, Richmond netted a season and career high 30 points in 33 minutes of play. He finished the year second on the team and seventh in the GNAC with 19.5 points per game. He also led MSUB and was fifth in the conference with 7.2 rebounds per game.

Richmond gather a season and career high 14 rebounds against Concordia University, Portland on January 30, 2019. He recorded six double-doubles this season and played 668 minutes (33.4/game). Richmond shot 48.1 percent from the floor including 40.6 from three point range while leading the team with 23 blocks, the fourth highest mark in the GNAC.

For his career, Richmond has scored 968 points, pulled down 473 rebounds and swatted 94 blocks. He is currently second in program history for block in a career with 94. He only needs four more to take sole position of first place and has a shot to be in the top in school history in points, rebounds and blocks.

“Zharon being named all-conference shows us, the fans and himself the respect he has gained in the league and hopefully he will be able to build on that during his senior year,” commented Durham.

Both Collins and Shelley earned the distinction last season and Lemelin earned the award for the first time in her career.

“It is great to see Jeanann, Hannah, and Taryn recognized by the other coaches for their excellence on the court this year,” said MSUB head coach Kevin Woodin. “Our league has so many great players and each of them should be very proud of this recognition they earned.”

Alaska Anchorage led the GNAC with two first-team selections while Central Washington led the field with four total selections to the All-Conference Team. Of the 26 players selected, 12 were seniors.

Sophomore forward Taryn Shelley (Shoreline, Washington) led the team with 11 double-doubles in the regular season. Her 13.2 points per game ranked No. 9 in the conference and 8.4 rebounds per game was third best. Shelley was effective in the post for the ‘Jackets, shooting .475 from the field. On defense, she led the ranked first on the squad in blocks (37), fourth in steals (17), and seventh in assists (17). She marked a career high 29 points against Cal Poly Pomona on November 2, 2019.

Junior guard Hannah Collins was the Yellowjackets go-to point guard in 2019-20 and converted 15 or more points 17 times. Collins ranked second on the team with 12.6 points per game, which was also 11th best in the conference. Collins had a season high 25 points in a game against Western Washington on December 7, 2019. She recorded 68 assists (second), 24 steals (second), and 3.0 rebounds (sixth) for the ‘Jackets.

The No. 6 seed Yellowjackets begin post-season play in the Great Northwest Athletic Conference Championships on Thursday, March 5 at 5:15 p.m. local time against No. 3 seed Western Washington University at Brougham Pavilion in Seattle, Washington. Fans can follow the action live with statistics and video through GNAC.tv.