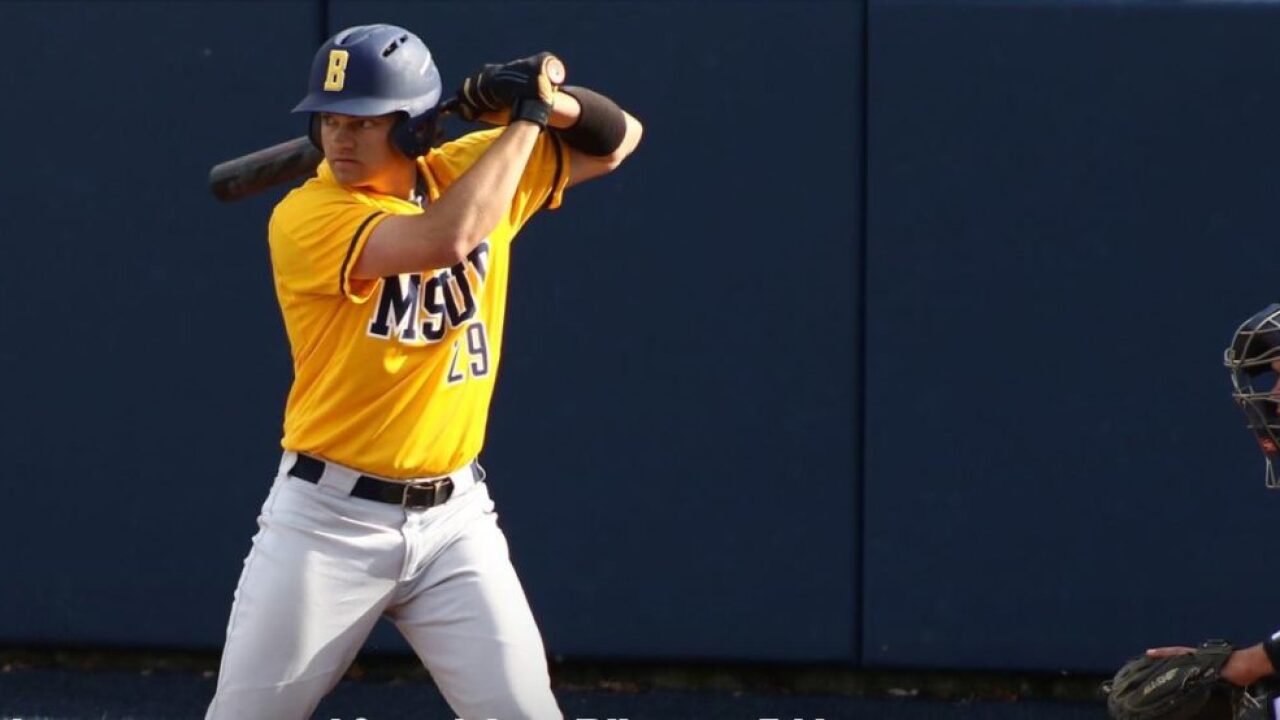 BILLINGS – With shovels in hand, the Montana State University Billings baseball team is preparing to host Colorado School of Mines Saturday and Sunday at Pirtz Field in Billings. The team has a scheduled double-header Saturday beginning at 12 p.m. The second game will be seven innings in length. Sunday, one nine-inning game will commence at 12 p.m. The Yellowjackets (5-2) are looking to continue their strong start to the season against Colorado School of Mines (6-3), a team who received votes in Wednesday’s NCBWA National rankings poll.

“We are looking forward to being challenged by a good program this weekend,” said MSUB head coach Derek Waddoups. “Colorado Mines has been at the top of the RMAC for a number of years so it is going to be an opportunity for us to get prepared before we get into conference play.”

GNAC PLAYER OF THE WEEK: Daniel Cipriano was named GNAC baseball player of the week after he paced the Yellowjackets to a 3-1 week in Pueblo, Colorado with a .500 batting average and 1.000 slugging percentage. The senior went 8-for-16 at the plate with five runs, seven runs batted in, two doubles, and two home runs. Cipriano is currently third on the team with a .321 overall batting average. Last season, he was named second team all-American and GNAC player of the year.

CANTWELL STARTS OUT STRONG: First baseman Tanner Cantwell impressed in the first two weeks of the spring. He leads the squad with 10 hits over seven games played. The Eugene, Oregon native redshirted last season and had just nine at bats in 2018. He marked three hits and three runs batted in a game against Point Loma Nazarene on opening day and has three doubles and one home run. Cantwell brought collegiate experience from Treasure Valley Community College where he ranked second in innings pitched and hit .276 in 170 at bats.

ALL THAT POWERS: Sam Powers drew praise from coach Waddoups last time out, and for good reason. The senior outfielder has been called upon frequently off the bench and delivered. So far, Powers, listed as an outfielder, is hitting .467 in five games played with seven hits, one double, one home run, and four runs batted in. Powers recorded three-hit games against both Point Loma Nazarene and Colorado State Pueblo and helped the ‘Jackets to a 16-9 comeback win Saturday afternoon.

PITCHING OUTLOOK: As the Yellowjackets health continues to improve, so will their bullpen depth. Matthew Houlihan has been a reliable starter so far. In two outings, the redshirt freshman has yet to allow a run and holds a 2-0 record. Houlihan threw 4.0 innings and allowed two hits with six strikeouts against Point Loma. Then he hurled 5.0 innings the next week against Colorado State Pueblo with three hits allowed, five walks, and three strikeouts. Houlihan was named GNAC pitcher of the week for February 3-9.

The Orediggers won three out of four games over Fort Hays State in the second week of February, then split a doubleheader against Regis University Sunday in Colorado Springs. Colorado School of Mines was receiving votes in the latest National rankings poll but fell from No. 23 in the pre-season. Last season, the Orediggers won three of five games in the Rocky Mountain Athletic Conference tournament but fell to No. 1 Colorado Mesa. In the south central regional tournament, CSM defeated No. 7 West Texas A&M but again ran into Colorado Mesa and lost in two straight games.

Sophomore infielder Caden Bonds leads the team at the plate with a .459 batting average in nine games including 17 hits (25th in Division II), two doubles, two home runs, and nine runs batted in. Four additional hitters are over the .300 mark, including junior Toby Scoles, who leads the team with 12 RBI.

“They are a solid team is every facet of the game,” Waddoups said of CSM. “They are competitive and capable so we have to do a lot of things well to win. We have to pitch well and have good at bats but that’s where the game is fun. Being able to compete against a good team makes you better.”

THE SERIES: The Yellowjackets are 0-3 all-time against the Orediggers, having lost all three games of a series in 2017 in Colorado.