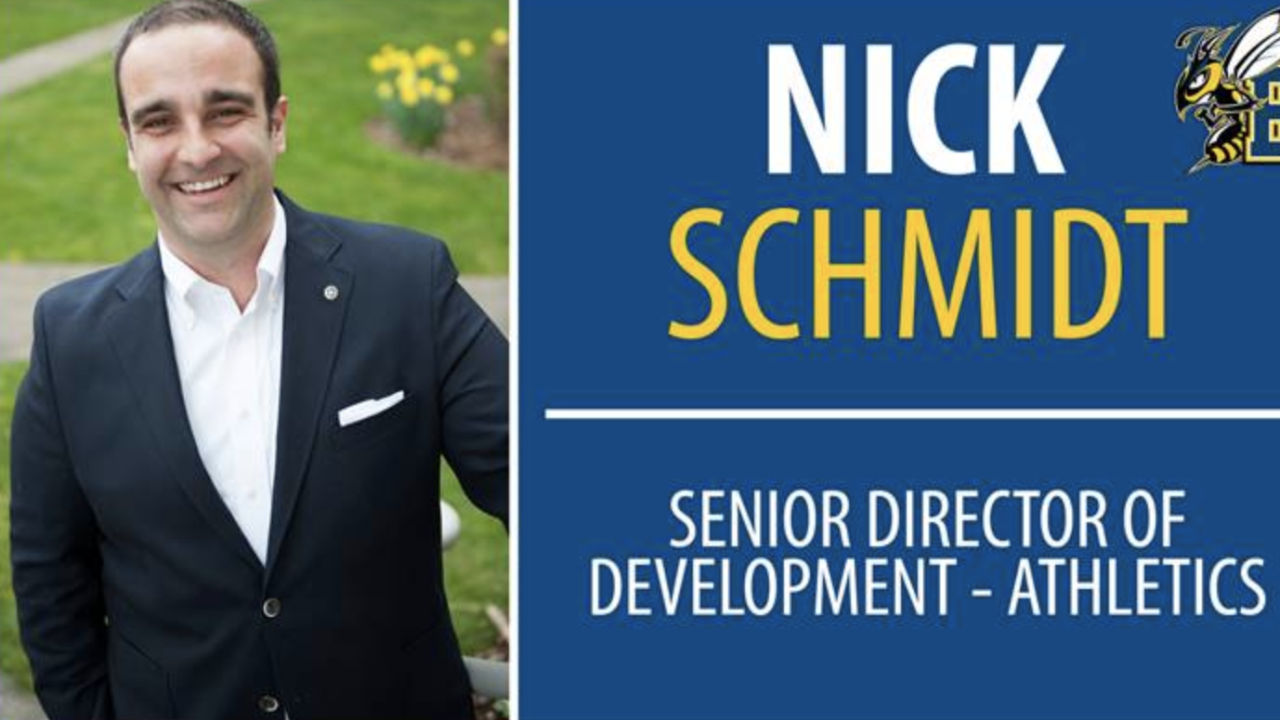 BILLINGS – Adding a boost to the athletic department’s fundraising team on Monday, the Montana State University Billings Foundation announced the hiring of Nick Schmidt as senior director of development.

Schmidt, who will begin his role immediately, will be responsible for planned, long-term, and annual giving for the Yellowjacket athletic department as well as assisting with donor engagement events within athletics and throughout the university.

“We are very happy to have Nick join our team and are thankful to the MSUB Foundation for making this position a priority as we continue to plan for strategic growth within our athletic department,” said MSUB director of athletics Krista Montague. “The support of our donors and broader community is needed now more than ever and our mission is more critical than ever. Nick’s expertise in development will be crucial as we work to expand our mission to facilitate positive, competitive, and successful academic and athletic experiences for each student-athlete. We are confident Nick will help us move forward, and it is our pleasure to welcome him to the MSUB family.”

Schmidt previously operated his own fundraising, events, and marketing consulting firm in the South Puget Sound region while also serving as an adjunct professor of sports administration and marketing in the business school at Saint Martin’s University.

“As someone who has spent virtually his entire career in the GNAC, I have been front row to some exciting moments in MSUB Athletics history,” said Schmidt. “I am excited to join Yellowjacket nation and help to provide the support to athletes and coaches needed to help make MSUB one of the top programs in the GNAC and NCAA Division II.”

While operating his own consulting firm he helped lead the rebranding and enhanced marketing effort around the Capital Lakefair Races (now known as the Olympia Lakefair Races), as well as the establishment of the Experience Olympia Sports Commission and regional sports awards program. He also worked with the Boy Scouts of America (Pacific Harbors Council) and was part-owner of a semi-professional soccer team. Schmidt has been a regular content contributor for Seattle University’s Master in Sport Business Leadership on issues surrounding marketing, fundraising, branding, and current events in sports.

From 2015-17 Schmidt served as the director of athletics at South Puget Sound Community College, where he oversaw a $200,000 budget, four varsity sports, and approximately 50 student-athletes. Through relationships built across campus he increased the department’s exposure and presence and helped to establish a fundraising program that immediately saw a 70 percent return within the first year.

Schmidt got his start in athletics serving as the director of basketball operations for Western Washington’s men’s basketball program during the 2006-07 season.